Some Ohio schools are facing a teacher shortage. What caused it, and how can it be addressed? 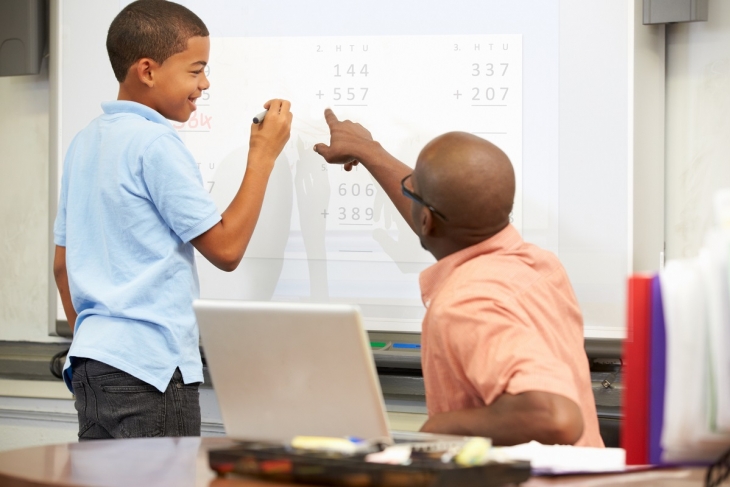 Over the last few months, there have been growing concerns over a teacher shortage in some Ohio districts. It's unclear how much of the scarcity is being driven by the pandemic, as detailed teacher-related data are difficult to come by. But there is research that points to underlying factors that have nothing to do with Covid-19.

One is waning interest in teaching among young people. In a 2018 brief published by ACT, researchers used data from questionnaires to examine the responses of students who were “very” or “fairly” sure about their college major. From 2007 to 2017, high schoolers’ interest in teaching decreased significantly. Education was third among the top ten intended majors in 2008, but by 2012 it had dropped to eighth place and it’s remained there since.

Research published in 2019 by the Center for American Progress found declining enrollment in teacher preparation programs. Nationally, there were more than one-third fewer students enrolling in 2018 than in 2010. Ohio posted a decline of nearly 50 percent, and was one of nine states where the drop in enrollees totaled more than 10,000 between 2010 and 2018. Ohio also saw drops in enrollment for Black and Hispanic prospective teachers, a worrisome trend given the lack of diversity in Ohio’s teacher workforce.

Fast forward a few years, and it’s much easier to understand current teacher shortages. It’s likely that the pandemic is exacerbating the problem because of health concerns and burnout, but it didn’t cause it. And that means policymakers and advocates need to focus on underlying issues that were present before the pandemic in order to address the current problem.

For instance, consider teacher pay. As a former teacher myself, I can attest to the fact that teachers don’t choose the profession for money. But there’s no denying that compensation can and does impact career decisions. ACT surveyed a sample of students during the 2017–18 school year to gauge how their perceptions of the teaching profession impacted their interest. They discovered that the primary reason students weren’t interested in teaching was financial. Among students who reported being uninterested, nearly two thirds cited salary as one of their top three reasons. Salary concerns were also mentioned by students who were “potentially” interested. In fact, 72 percent of potentially interested students said that better pay would increase their interest in teaching. Meanwhile, 39 percent of students who reported being uninterested in the classroom said they would consider teaching if starting salaries were raised to the $50,000 to $59,000 range. In Ohio, that’d be quite the jump. By law, the minimum starting salary for a teacher is only $30,000. Districts can and do offer more, but starting salary averages across the state range from nearly $32,000 in rural high-poverty districts to just over $40,000 in suburban districts with very low poverty rates.

Increasing these numbers is easier said than done. Thanks to the recently passed state budget, however, Ohio districts could soon be in a position to do so. That’s because the budget includes a new funding formula that could eventually raise the base amount given to public schools for each pupil from $6,020 to $7,200. This increase doesn’t immediately apply because lawmakers opted to phase in the new formula. But if the legislature fully funds the formula over the next few years, Ohio’s public schools will receive significantly more money that they could then use to raise starting salaries. Doing so might not impact the current number of teachers in the pipeline, but it would be a smart long-term investment and could help Ohio attract more quality teachers.

For those who balk at the money angle, there are other ways to expand the teacher pipeline. For example, the profession isn’t traditionally friendly to career changers. Without a bachelor’s or master’s degree in education—and the costs that come with obtaining them—it’s difficult to get into the classroom. High-quality programs that recruit recent college graduates and career professionals, train them under alternative licensure frameworks, and then place them in public school classrooms could vastly expand the teacher pool.

State law already offers alternative teacher licensure pathways that would make this possible. But aside from Teach For America, there aren’t many programs currently operating in Ohio. State leaders can and should change that, and they should do it with teacher residencies. These programs, which seek to replicate the residency model used in the medical field, allow prospective teachers to obtain certifications and experience while also earning a salary. Candidates typically spend a year embedded in a school, co-teaching alongside a teacher of record and gradually taking on full ownership of certain aspects of the classroom. Several residency programs exist across the country, including in Boston, Memphis, and Los Angeles. Ohio leaders could establish similar models—perhaps with the help of the National Center for Teacher Residencies—in the Buckeye State.

They could also turn the keys over to local leaders by offering grant funding and technical support to districts and charter networks interested in creating their own teacher training models. A case study from the Clayton Christensen Institute for Disruptive Innovation outlines how a few highly successful charter schools (High Tech High in San Diego; Uncommon Schools, KIPP, and Achievement First in New York; and Match Education in Boston) have created their own teacher certification and master’s degree programs.

But it’s not just charter schools that are getting in on the action. In Rhode Island, the Central Falls School District created the Central Falls Teaching Fellowship, thereby solving its substitute teacher shortage and creating a brand new pipeline of teachers. And in Ohio, Cincinnati Public Schools recently started a program to identify paraprofessionals who might want to pursue teaching degrees. Initiatives like the Miami Teach program and a partnership between Graham Local Schools, Urbana University, and the Ohio Hi-Point Career Center are also worth a look.

It goes without saying that none of these solutions will immediately fix Ohio’s teacher shortages. They’ll take significant investments of time, money, and talent. But if they’re implemented well, and if problems are addressed as they arise, they could help ensure that all classrooms are staffed with excellent teachers.