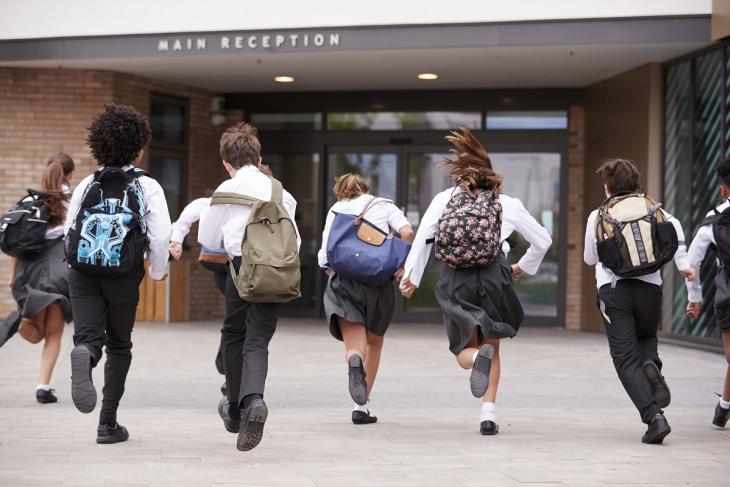 About a month ago, Governor DeWine signed Ohio’s general operating budget into law. The final version contains a laundry list of education provisions. Some of them—related to academic distress commissions, graduation requirements, and student wellness funds—have been well-covered by the media. Others have slipped by unnoticed, even though they could significantly impact Ohio families.

For example, consider the changes made to voucher policy. In Ohio, the private school choice sector is big and complicated. The state has five separate programs that serve thousands of students. Most of these changes didn’t enter the budget picture until late in the game, when the Senate added a massive and needed expansion of income-based EdChoice, the program that offers state-funded scholarships to low-income students. The majority of their additions made it into the final cut of the law.

Tucked among these many provisions are a couple that alter testing requirements for private schools that accept voucher students. Under previous law, private schools were required to administer state exams to any student that attended via a voucher. Schools that had at least 65 percent of their total enrollment made up of voucher students were required to administer state exams to all of their students. The schools were also required to report the results to the Ohio Department of Education (ODE), which was supposed to compile and aggregate the scores, distribute them to parents, and post the results online.

Thanks to the budget, these testing related provisions are about to change. Now, private schools that enroll voucher students will have the option to administer an alternative standardized assessment instead of the state exams given to public school students in grades 3–8. This change covers schools that must test individual voucher students, as well as those that are required to test all students because they meet the 65 percent threshold. Schools will still be required to report the results to ODE, and the department’s compilation and aggregation duties appear to be the same.

The law specifies that alternative exams will be determined by ODE, and it does not appear to limit the department to picking just one alternative. That means it’s possible that private schools could have a list of options from which to choose, much like public schools do with the third grade reading guarantee. The upshot of all this is that, once the budget goes into effect, voucher students in Ohio will no longer be required to take the same state exams that the vast majority of their taxpayer-funded peers do.

This change wasn’t widely debated—at least not outside the closed doors of conference committee—but it was likely made in response to two common complaints by voucher advocates. The first is that more private schools would be willing to accept voucher students if they weren’t subject to state testing mandates. Private schools are zealous in protecting their ability to choose their own curriculum, materials, and assessments, and consider administering the state test—even to a small number of students—an infringement on their autonomy.

The second complaint is that state test results are not an accurate picture of how well private schools serve their voucher students. Several studies—including a report focused on Ohio and published by Fordham—have found discouraging achievement results on state exams for students who use a voucher. Advocates have pointed out that, because private schools aren’t subject to state accountability measures, they might take state tests less seriously, and that could be why student performance is lackluster. It’s also possible that misalignment between the standards and content taught in private schools and what is tested on state exams has depressed results.

Now that private schools have the option to use an alternative assessment, Ohio should have a better indication of whether there’s any weight behind these claims. For example, if advocates are right about why some private schools refuse to accept vouchers, then the option to use an alternative test—one that’s not created and controlled by the state—should increase the number of schools that are willing to participate. If that doesn’t happen, this complaint will be exposed as a red herring.

Yet permitting the use of an alternative exam will also make it far more difficult to compare student results. Sure, it’s possible for ODE to crosswalk these exams. But nothing in law requires them to do so, and comparing the results of two different tests is not an apples-to-apples comparison, no matter how good the crosswalks are. Without data from the same exam, policymakers won’t be able to accurately determine whether students who use a voucher perform better or worse than their peers in traditional district or charter schools. Nor will parents be able to tell whether scholarship students at one private school fare better than students at a school which administers a different test.

These are big losses, not just for policy wonks and researchers, but also for Ohio families and taxpayers. Vouchers are an integral part of a robust school choice system, but they’re still a taxpayer-funded option. The state has a fiscal responsibility to ensure that these funds are spent well, and that means ensuring that students who use vouchers are receiving a quality education compared to their public school peers.

The state also has an obligation to provide quality, easy-to-understand information to families who are interested in voucher programs. EdChoice, for example, serves low-income students, many of whom are stuck in persistently poor-performing districts. These students and their families deserve clear, actionable information that will help them make an informed decision about whether using a voucher will lead to improved outcomes. Academic offerings and outcomes might not be the only things parents consider when choosing a school, but they do matter—and the changes included in the budget could make it more difficult for parents to get the information they need.

Only time will tell whether the budget’s changes to voucher testing requirements will be a boon or a bust for Ohio families. But lawmakers should pay close attention to the impacts of this seemingly small change.