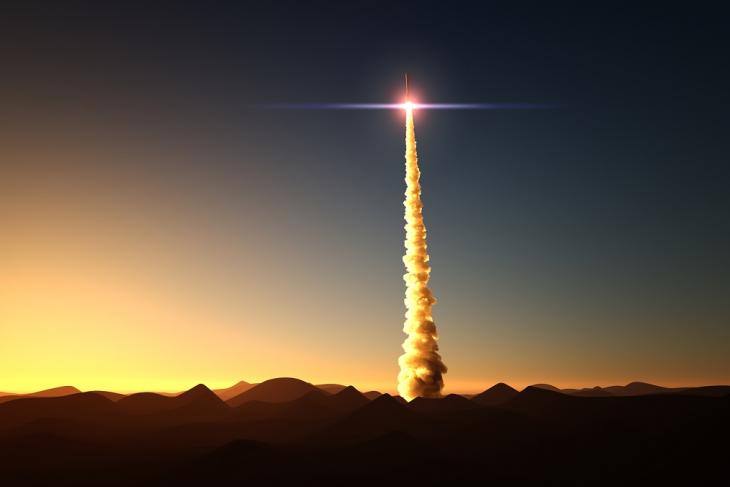 Ohio, too, is home to several outstanding nonprofit networks, including the Breakthrough Schools in Cleveland; the Graham schools, KIPP, and the United Schools Network in Columbus; and DECA in our hometown of Dayton. While they aren’t the only reputable Ohio-based networks, these organizations have consistently produced stellar results for disadvantaged students. Yet these networks only educate 8,000 students, a drop in the bucket compared to the 250,000 plus students in Ohio’s largest cities, most of whom struggle mightily to meet state academic standards.

Simply put, Ohio needs more—lots more—great schools. And as other cities and states have taught us, rapidly building quality schools from scratch can be done, provided proper supports. That’s why Governor Mike DeWine’s $30 million proposal to support quality public charter schools holds such promise. These supplemental funds would enable high-performing charters to scale up and replicate so that more youngsters needing a great education might be served. The appropriation, however, isn’t a done deal. As legislators review the proposal, they should consider the benefits of approving these funds—and the lost opportunities should they demur.

We at Fordham have expressed concerns about the dramatic slowdown in new school startups. The figure below shows the trend in the number of openings since the first charters opened in 1998–99. As you can see, the number of new school startups has fallen to record lows, with less than ten schools opening per year. Just nine charters opened this school year, while thirty-five schools closed at the end of 2017–18. With closures now far outpacing startups, overall charter enrollment has slid in recent years.

Sources: For FY 1999 through 2017, startup data are from the Fordham publication On the Right Track. For FY 2018, startups are tracked via Ohio Department of Education, Annual Reports on Community Schools and for FY 2019 from ODE’s community school payment reports (March 2019 file).

The slowdown could be explained by any number of factors. It may be due in part to more rigorous vetting by charter sponsors as they now face tougher accountability measures designed to prevent ill-conceived startups from opening. That’s a good thing. But weak incentives play a role, too. Facing well-known funding shortfalls and roadblocks to adequate facilities, charter leaders often don’t have the resources to replicate successful schools. To be clear, policymakers shouldn’t backtrack on accountability for sponsors and schools, but they also need to leaven risk-prevention policies with financial support and incentives that can spur the development of new schools. Without additional funding, Ohio will continue to see meager startup numbers—a shame given the urgent need for quality schools.

While the figure above reveals a disconcerting trend in new school growth, several of Ohio’s top charter networks have gradually expanded. Consider the figure below that shows recent enrollments among a select group of Ohio charter organizations. Breakthrough, the largest of these networks, has grown by about 1,000 students within the past five years (three new schools were opened), while KIPP has more than doubled by adding grade levels at its Columbus site. The funding stream proposed by Governor DeWine would help accelerate the growth among networks like these that have already shown an appetite for replication and proven their models can scale.

Source: Ohio Department of Education, Community School Directory and Annual Reports on Community Schools. Note: This figure displays enrollment among charters schools currently in these networks (it doesn’t include any schools affiliated in previous years but are no longer so).

Great homegrown charter networks are making inroads, but they can’t be expected to do it all. As noted in the introduction, there are any number of excellent charter organizations across the nation whose presence would benefit Buckeye youngsters. But facing skimpy operational funding and weak facility supports, Ohio remains an inhospitable environment for out-of-state networks. In fact, only one of the nation’s finest charter networks—KIPP—has chosen to plant a school in Ohio. Without more attractive funding policies, Ohio will continue to be “flyover country” as top-performing networks skip past in favor of more welcoming locales. Just as Ohio tries to enact economically competitive policies to draw employers and residents, so also does it need to enact policies that make the state attractive for charter networks. Governor DeWine’s funding proposal would be a great start toward making Ohio a friendlier destination.

Increasing quality options for students who need them the most

In the end, these supplemental charter funds should be leveraged to drive higher achievement. It may seem like a broken record, but the academic struggles of students in Ohio’s urban schools cannot be overlooked. As a simple reminder—and see here for more data—the figure below shows seventh-grade math proficiency rates among students in the Big Eight school districts. It reveals low proficiency rates across the board that range from a heartbreaking 19 percent in Youngstown to 28 percent in Cleveland to 40 percent in Cincinnati, all rates that fall well below the state average.

It remains a sad truth that these results are part reflections of poverty, part reflections of subpar schools. But there are rays of hope: Ohio’s brick-and-mortar charter schools are more effectively closing these achievement gaps than their district counterparts. And the best of them—charters in networks like those discussed above—are making a world of a difference for their students.

Ohio needs more great schools, fast. The swiftest, most efficient way to launch them is through the charter school model. With stronger charter accountability, state policymakers have put in place important measures that keep low-performing schools from sprouting. But this is only half the battle. Ohio leaders also need to step up and encourage quality charters to replicate. To do this, they need to provide the incentives and resources that allow them to do it right. Governor DeWine’s proposal is a huge step forward and deserves our full support.