All students deserve equal access to an excellent K–12 education. The quality of their educational opportunities shouldn’t hinge on zip codes, family backgrounds, or the type of school they attend. Sadly, due in part to polarizing politics, Ohio has long underresourced its public charter schools, shortchanging tens of thousands of needy students in the process.

Our new study, using Ohio funding data from fiscal years 2015–17, reveals that charter schools face massive inequities in funding compared to district schools, the most troubling of which are found in the Big Eight cities. For example:

Charters located in the Big Eight received on average $10,556 per pupil in total revenue versus $14,648 for the Big Eight districts. This represents a shortfall of $4,092 per pupil, equivalent to 28 percent less revenue.

When all Ohio charters are included in the analysis—both brick-and-mortar (in and outside of the Big Eight) and online schools—charters experience revenue shortfalls of $1,867 per pupil, or 16 percent less funding relative to the statewide district average. Charters in Ohio receive less funding despite educating more disadvantaged students than the average district. 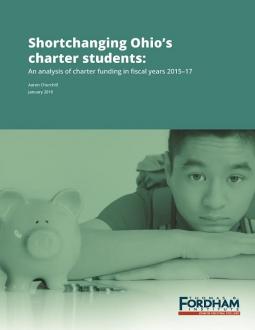 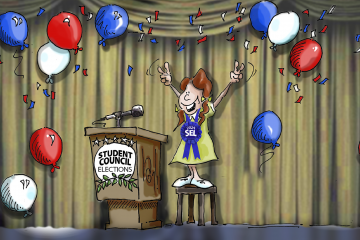