Massachusetts is failing its smartest students of color 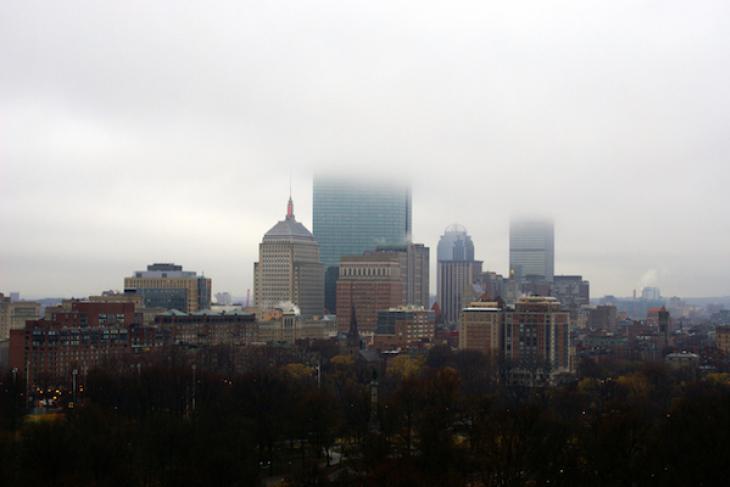 Massachusetts has earned well-deserved accolades for becoming America’s highest-achieving state, as measured by national academic assessments. But as Bay State leaders know, behind its accomplishments lurk some of America’s largest achievement gaps. And it’s not just that low-income and minority students do worse than their wealthier and white peers on average; there are also big gaps among high achievers, discrepancies that professor Jonathan Plucker rightly calls “excellence gaps.” One cause may be the state’s severe shortage of programs for gifted students.

The selection of Jeff Riley as Massachusetts’s new education commissioner is a perfect opportunity to do better by high-achieving students of color. His sterling record as a principal in Boston and superintendent in Lawrence suggests that he’s up to the challenge. But it won’t be easy.

According to the National Assessment of Education Progress, Massachusetts’s white, black, and Hispanic eighth graders reach the test’s highest level in math, deemed “advanced,” at twice the national rate. But this masks massive academic inequalities. Although one in every five white students is advanced, that’s true of just one in every twenty-five black and Hispanic students—a gap that is also twice what it is nationally.

Given this galling rift, you’d hope Massachusetts, so long accustomed to academic excellence, would try to lift up these talented students of color with programs that maximize their educations. But Fordham’s recent report, Is There a Gifted Gap?, which one of us coauthored, finds that it’s quite the opposite. A gifted program exists in just one out of every twenty Massachusetts elementary and middle schools, a lower rate than everywhere except Rhode Island and Vermont. And less than half of one percent of the state’s black and Hispanic students participate in one.

In place of these programs, Bay State schools claim to rely on “differentiated instruction”—a splendid notion wherein a single teacher is expected to tailor instruction to the individual abilities and prior achievements of each student in the classroom. The trouble is that it simply doesn't work in most classrooms because kids’ performance levels are too varied. Many teachers struggle heroically to cope, and some are reasonably effective. But most American teachers admit that they don't differentiate very well, certainly not on a sustained basis. Out of necessity, they triage most of their instruction to serve students who are struggling, leaving little time for those who have already met the standard and are capable of surging ahead.

This is particularly true for teachers in schools with lots of poor and minority learners, which further disadvantages the high achievers among them—the very Bay Staters who lag so far behind their more advantaged peers. And their schools face so many other challenges—attendance, discipline, nutrition—that attending to the educational needs of the brightest students is apt to fall by the wayside.

Far better would be to create effective gifted programs that are accessible to any student who meets their criteria, and then fill them by, first, using the results of the Massachusetts Comprehensive Assessment System to identify the top-scoring kids in every school. When Broward County, Florida, employed this approach, it worked exceptionally well for poor and minority children, report economists Laura Giuliano and David Card. Second, ask teachers to use a holistic approach to nominate additional kids who don’t earn top marks on the exam but who show uncommon potential.

This school-specific two-step model would give more students newfound opportunities to advance and help Massachusetts schools truly meet the needs of all students. It would also be inexpensive, yielding enough pupils to fill designated separate classrooms that provide enriched and accelerated curricula. Neither new staff nor new buildings would be required. And most importantly it would help erase the sorry excellence gaps that beset the Bay State, America’s academic poster child.

Massachusetts’s failure to do right by black and Hispanic high achievers robs the state and every community therein of tomorrow’s inventors, entrepreneurs, artists, and scientists. More vitally, it’s deeply unfair to the very children who depend most heavily on the public education system to do right by them. Leaders must do better. Here is hoping that Commissioner Riley just might.