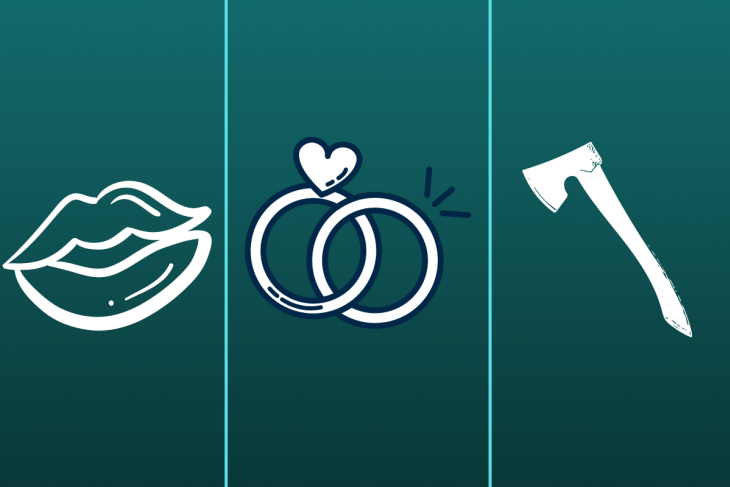 Budget season in Ohio is always fraught, but factor in the pandemic and accompanying economic downturn and we can be sure that the next few months will be even more heated than usual. Ohioans should expect plenty of education-related proposals in the mix. But will any of them be bold enough to mitigate widespread learning loss and get schools onto a better path than the one they traveled before the pandemic? How can we possibly sort through dozens of ideas in a quick but effective manner? The answer just might be found in an unexpected place—the familiar party game Kiss, Marry, Kill.

For readers unaware, the basic purpose of the game is simple. Participants are presented with an option—perhaps a Disney prince or a Marvel superhero—and they have to decide whether to kiss (temporarily choose), marry (permanently choose), or kill (permanently get rid of) that individual.

It might seem frivolous as commonly played, but this game is actually not a bad method for quickly sorting through a mountain of policy ideas. If Ohio lawmakers are serious about making up for learning loss, they need to act fast. Budget season offers a solid opportunity to put in place temporary and permanent policies, as well as a chance to do away with what’s not working, all in the name of serving kids well. But which policies should be kissed, married, or killed? Here’s my take.

The best way to make up for all the learning time lost during this pandemic is to provide students with plenty of additional time. Capitalizing on the summer break is critical, and Tennessee lawmakers recently passed a bill that offers an excellent model. Ohio lawmakers should use it as the basis for our own two-pronged approach to extending learning time.

Intensive summer school should be funded by the state, implemented by districts, and aimed at students who have been the most severely impacted by the pandemic. (A full outline for what this initiative should look like can be found here.) Despite its potentially huge impact on students, though, summer school only deserves a smooch—not a trip to the altar—from state leaders. That’s because funding such a large-scale, statewide effort on an annual basis isn’t sustainable without federal funds, and the infusion of federal cash that Ohio has at its disposal won’t be around once the pandemic finally ends.

That doesn’t mean the state can’t continue to support remediation efforts. The second prong of Ohio’s extended learning efforts could be modeled after Tennessee’s bridge camps. These are held prior to the start of a new school year and are designed to provide additional academic support to students who need it. Ohio could temporarily—remember, this is only a kiss—offer funding for such camps to interested districts and schools during the summers of 2022 and 2023, perhaps via a competitive grant program.

Ohio leaders deserve credit for putting a broadband expansion plan in place long before Covid-19 arrived, and the state ramped up its efforts to an unprecedented scale during the pandemic. As more Ohioans get vaccinated and life (hopefully) starts to get back to normal, it might be tempting for leaders to take their foot off the gas, thinking that the urgent need is diminishing. That would be a serious mistake. If there’s anything state lawmakers need to “marry,” it’s sustained efforts to provide all students with internet access and internet-enabled devices. In our increasingly digital world, they otherwise risk falling behind their peers—and the poorest among them will fall the farthest behind. That means the low-cost broadband options offered in the early days of the pandemic should be made permanent for qualifying families. Governor DeWine has already taken a good first step by allocating $250 million in his new budget plan to continue expanding broadband in underserved areas. As for devices, it’s time for Ohio’s business and philanthropy sectors to step up to the plate and help the state and local schools ensure that every student who needs a device can get one. Permanently.

The pandemic has given families a behind-the-scenes look at what schools are (or aren’t) doing. Plenty of individual schools and districts have gone above and beyond, despite the extraordinary difficulties posed by the pandemic. But some haven’t, and others have shown that even when they make every effort to serve students well, they’re just not the right fit.

Now more than ever, parents want options that will meet their children’s needs. Which brings us to Ohio’s open enrollment policy, intended to enable students to attend school in a district other than the one in which they reside. Their families can use open enrollment to choose schools that might be closer to their homes, or to pursue academic, extracurricular, and athletic opportunities that their home districts don’t offer. The bad news is that this well-intended state policy is not actually statewide. Instead, it’s optional for districts, as they get to decide whether they want to accept non-resident students. It’s long past time for lawmakers to end (kill, if you will) closed district boundaries, which are most often found in high-performing suburbs that surround the state’s largest cities. And it’s an easy fix, too. Just amend the law so that all districts with the capacity to serve more students are required to accept non-residents.

State policymaking is vastly more complicated than a party game. But as lawmakers prepare to consider dozens of education policy proposals, it’s important that they sort out which ones will—and won’t—improve education. Here’s hoping that when all is said and done, Ohio will have kissed and married the policies that help kids, and killed the ones that don’t.