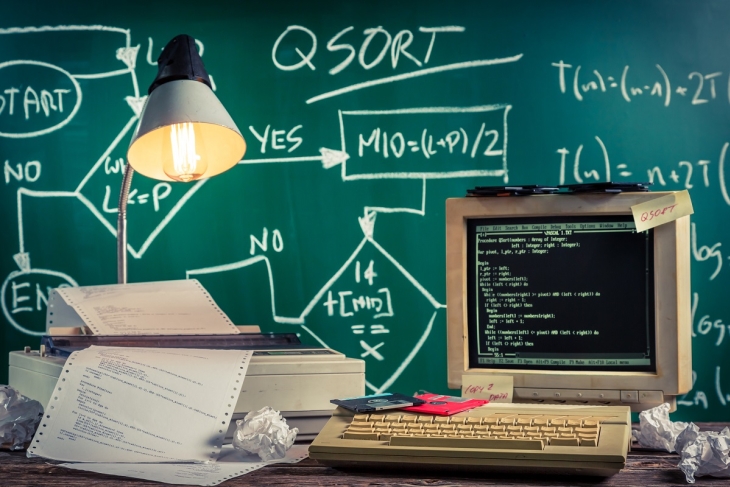 Regardless of whether you believe that too much is being asked of our schools and our educators these days, it is always worth asking whether they are capable of doing what is asked at any given time. Success in new initiatives is often spotty and dependent upon quality implementation, even though it can seem simple for policymakers to entrust or entreat schools to execute any number of schemes for the benefit of young people compelled to attend them. A recent report on computer science education provides an excellent example of how schools might seem like the right vehicle by which to reach young people, but a cursory look shows that that is simply not correct.

Amazon’s Future Engineer offshoot surveyed thousands of public and private school students across the country earlier this year. The findings revealed that young people had high interest in the field—for both general learning and possible career exploration—but often lacked access to computer science classes in their schools. Recommendations, such as they were, focused solely on traditional schools and classroom teachers as the means to fix this disconnect. That raised an error code for this reader. Here’s why.

The Future Engineer report notes very starkly how low-income, rural, and non-White youth are less likely to have access to computer science courses in their schools. It is a common finding outside technology, too. Underserved students are so termed for a reason: They get less of everything, and much of what they do get is of lower quality than their peers. Unfortunately, traditional school and district infrastructure reinforce these inequities. The College Board has made some strides in widening access to Advanced Placement computer science courses for traditionally-underserved students, but AP courses are still less available to those students generally. We have little evidence to suggest that Amazon’s effort to “inspire and educate hundreds of thousands of students from underrepresented and underserved communities each year to try computer science and coding” will fare any differently, despite millions of dollars being poured into it. Even if real-world improvements can be made for some students, the same general haves and have-nots division that already exists will likely continue.

There is also great value in giving students knowledge of role models in various fields of education and work, a sentiment reiterated by the Future Engineer authors. But are traditional classroom teachers really the right type of influencers in this case? Surely lionization of the brilliant women of science—actual physicists and mathematicians—finally given their public due via “Hidden Figures” would resonate more with young Black students than would the exhortations of their computer science teachers. Not to mention Neil DeGrasse Tyson, Victoria Chávez, and Sunita Williams who are practicing in their fields more visibly than ever. And what about social media influencers and white hat hackers? Actual science teachers have reported difficulty in properly integrating hard STEM work into their lessons, and there is a dearth of dedicated computer science teachers going back several years. Local colleges, world-wide MOOCs, NASA programs, and non-profit organizations are all doing great work to connect their experts with kids for insight and inspiration. More, please!

One positive of the Covid-19 pandemic is the long-delayed realization that the internet-access gap is real and devastating, especially for the future prospects of rural and low-income students. How many students, one wonders ironically, had to respond to the Future Engineer survey via their phones or a limited-use tablet rather than a fully-functional Wi-Fi-enabled device? Surely such students would have played down their interest in computer science out of sheer necessity. Billions of dollars are being spent to close the gap, which will hopefully provide young people everywhere with equitable access to a gamut of educational resources. These efforts have a special resonance for computer science, in particular, as free and hugely popular online resources, DIY courses, non-profit organizations, and gaming platforms should soon be accessible to many more youth. Role models and teachers are great, but getting there yourself is just as valid.

And speaking of the pandemic, although we have heard that working in a fully-virtual milieu was a negative experience for many teachers, a small but mighty subset of young people have been reporting satisfaction, experiencing growth, and expressing continued interest in virtual learning. Attending online school is not the same as Python coding or doing cybersecurity work, of course. But spending every day working on a computer when you had never done so before could plausibly change a student’s attitude toward computer science jobs, just as plumbing apprenticeships or aviation training for high school students are intended to do.

The upshot? Schools are squares, man. They can provide great opportunities for their students, but quality varies widely and the underserved students who need those opportunities the most often don’t get them. Even with some excellent innovation in career and technical education, our quaint education structure is not known for setting trends in academic areas or employment futures. Focusing on schools to the exclusion of other, more-modern avenues seems far too passive, chance-y, and status quo–centric, especially for a tech giant looking to build up the next generation of computer engineers. It simply does not compute.