The feds’ proposed changes to CSP will hurt Ohio charters 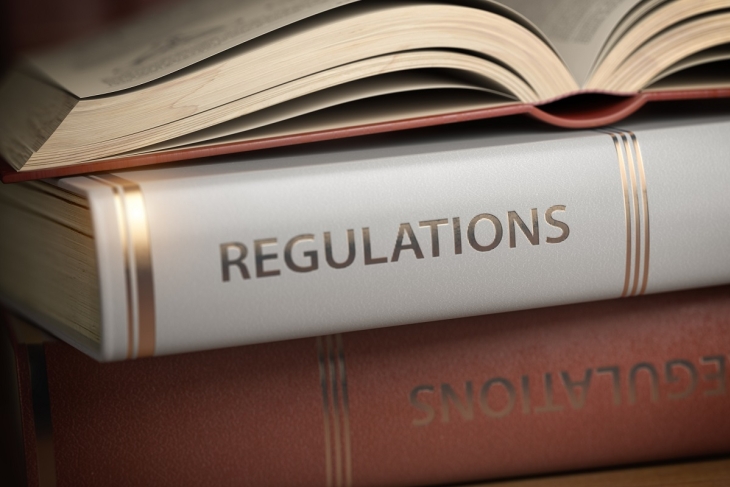 For nearly three decades, the federal Charter Schools Program (CSP) has offered grants to support brand-new charter schools and, more recently, high-quality networks looking to expand and serve more students. With a price tag of $440 million per year, it’s a drop in the bucket compared to the $60 billion the federal government spends on education. But it’s hard to overstate just how critical these dollars have been to charter schools—and how damaging it would be if the program were to disappear.

Congress approved another $440 million for CSP last month, so the program itself isn’t going anywhere. But the next day, the Biden administration proposed an entirely new and unprecedented set of rules that could make it close to impossible for charters to access the funding. Add to that a comment period that’s unusually short (only one month, compared to the usual two), and the fact that the charter school community wasn’t consulted about these changes (despite the proposed rules emphasizing the importance of collaboration and criticizing charters for failing to “fully engage” stakeholders), and it’s not hard to see why advocates are outraged.

In Ohio, the fallout of these new regulations could be steep. Even after a massive overhaul of the school funding system, Ohio charter schools are still shortchanged, receiving about 75 cents on the dollar compared to their traditional public school counterparts. Finding and securing a facility is a daunting task even for well-established charter networks, let alone start-up schools. Recruiting quality staff has always been a challenge, and the pandemic has only exacerbated the problem. Nevertheless, research shows that brick-and-mortar charter schools in Ohio outperform their district counterparts. Perhaps most importantly, they offer quality opportunities to Black and Hispanic students from low-income families.

The last thing the Ohio charter sector needs is for the feds to make it even more difficult for start-up schools and expanding networks to obtain funding. Unfortunately, that’s exactly what would happen if the proposed CSP rules go into effect. Here’s a closer look at two of the most problematic areas.

Prioritizing collaboration with districts
Under the new rules, priority will be given to CSP applicants who “propose to collaborate with at least one traditional public school or traditional school district in an activity that is designed to benefit students and families.” As part of their applications, charters seeking priority would need to provide a letter from a partnering school or district that demonstrates a commitment to collaborate. There is no requirement for districts to agree.

The motivation behind this requirement is purportedly evidence-based, as research shows that collaborations among charter schools and traditional public schools “have the potential” to improve the quality of both. The examples outlined within the rules (sharing curriculum resources and instructional materials, creating common systems of professional development, and establishing a joint transportation system) undoubtedly have a ton of “potential.” But only as voluntary endeavors. It doesn’t take a graduate degree in public policy to foresee the incredibly lopsided power dynamic this rule would create. Like it or not, most districts view charter schools as direct competition. This rule would give them the power to shut new and expanding charters out of a critical funding stream just by refusing to collaborate.

This is especially worrisome in Ohio, where the playing field is already uneven. On the one hand are charter schools, which receive less funding on the dollar and consistently fight uphill battles to secure affordable facilities. On the other hand are districts, which have a vested interest in limiting any and all competition. Charter start-ups and networks looking to expand need CSP funding and have every incentive to seek out collaboration opportunities. But traditional public schools have no incentive to agree. In fact, they have every incentive not to agree because this rule does what their lawsuits, restrictive laws, repeated refusal to follow the rules, and misleading media attacks have failed to do—it gives them an easy (and legal) way to squash charter growth.

Community impact analyses
Under the proposed rules, CSP applicants would be required to provide a community impact analysis as part of their application. Among the many items that each analysis must contain are requirements to describe the community’s “unmet demand” for a charter school (including “any over-enrollment of existing public schools”) and to provide evidence that the number of charter schools to be opened “does not exceed the number of public schools needed to accommodate the demand in the community.”

The implication of these requirements is clear: Charter schools should only exist in places where district schools are over-enrolled and additional schools are needed to pick up the slack. (Which, currently, is almost nowhere.) That may be a common viewpoint of choice opponents, but it should not be the policy of any federal agency charged with upholding the law. ESSA, the main federal law governing K–12 education, authorizes CSP under a section entitled “expanding opportunity through quality charter schools.” It explicitly states that the purpose of the section is to “provide financial assistance” to charters and to “increase the number of high-quality charter schools available to students across the United States.” There is no provision stating that financial assistance to charters should be limited to certain locations. The law calls for evaluating “the impact of charter schools on student achievement, families, and communities,” but the proposed regulations conflate “community impact” with district enrollment numbers. It’s a clear signal that the current priority in D.C. is the wellbeing of the system and not the wellbeing of students.

Furthermore, it should concern stakeholders of all political stripes that this rule seeks to set a single federal standard for “community impact.” We live in a nation of unique realities. The education landscape in Ohio is very different than the landscape of California, Oklahoma, or Connecticut. Even within Ohio, there are dozens of contexts. Cities like Cleveland, Columbus, and Cincinnati have varying needs that are often different from those in suburban, small-town, and rural communities. Buckeye State policymakers have a difficult enough time crafting state policy to address the vastly different realities within Ohio. What on earth makes the feds think that they can accurately and fairly evaluate hundreds of local communities without knowledge of the local contexts? It’s an incredible overreach.

The real “community impact” at play here is suffocating CSP with red tape so that communities like Cleveland and Columbus will have fewer high-quality charter school options. Children living in neighborhoods in Dayton and Toledo, in communities in Appalachia, or small towns like Mansfield or Marion will continue to be stuck with the status quo. In 2018–19, the last year Ohio issued state ratings, a whopping 485,680 Buckeye students attended public schools rated an overall D or F by the state. Those children deserve better options regardless of whether enrollment in their resident district is impacted.

If the Biden administration believes charters are only worth investing in if they accommodate “demand” for a certain number of public schools, then it has fundamentally misunderstood the driving force behind the choices that millions of American families make each year. Any parent with a school-aged child will tell you that not all schools are created equal. District schools don’t automatically meet kids’ needs just because they are district schools, and charter schools that offer a traditional approach are no less valuable to parents just because they’re located in a district with flat or declining enrollment. In the same vein, assuming that districts will team up with charters just because it’s “potentially” good for kids is naïve at best and sabotage at worse.

CSP was enshrined in law via a rare bipartisan effort. That law is clear: The Department has an obligation to make funding available to quality charter schools. Student enrollment trends and the monopolistic tendencies of traditional public schools cannot and should not have any bearing on that.