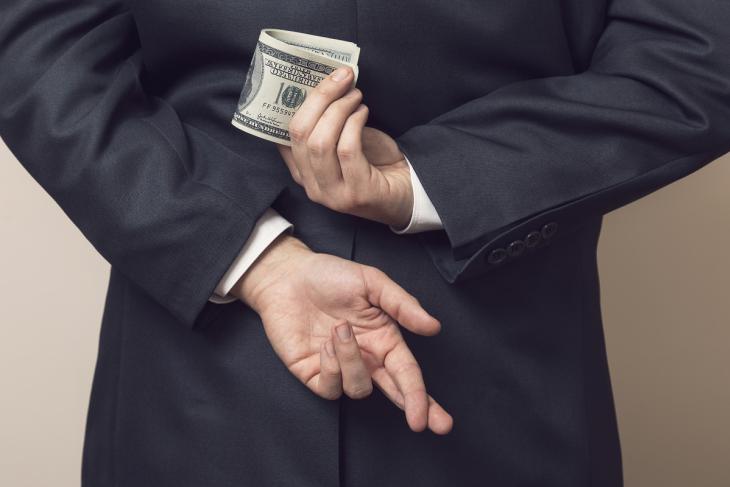 Note: This is the fifth in a series of blog posts on school funding in Ohio; for the previous posts, see here, here, here, and here.

This week, the Ohio House Finance Committee begins hearings on the high-profile school funding plan crafted by Representatives Robert Cupp, John Patterson, and an array of district superintendents and treasurers. As a refresher, the fully implemented proposal would:

If these issues weren’t enough to give reform-minded legislators pause, the Cupp-Patterson plan’s icy approach to school choice might tip them over the edge. It should dishearten advocates of school choice, whether public charter, independent STEM, or private schools, who have long sought fairer, more equitable funding. And not only advocates. Ohioans more broadly should be worried about a plan that shows too little concern for the needs of 250,000 students—five times the size of the Columbus school district—who exercise these options. Consider the following three problems.

First, the plan fails to eliminate funding disparities between district and charter schools

Ohio has shortchanged charters since the first of these independently-run public schools opened two decades ago. My recent analysis, released earlier this year, indicates that urban charters receive approximately $4,000 less per pupil in overall funding (state, local, and federal) than districts nearby that serve children of similar demographics. Although both Cupp and Patterson have acknowledged this severe funding gap, their plan does not rectify it. According to the latest estimates released by the Cupp-Patterson workgroup from July, charter schools in the Ohio Big Eight—the cities where most charters are located[1]—are expected to receive an average bump of $758 per pupil by FY 2021 (relative to FY 2019).[2] At first blush, this doesn’t sound like a bad start. But we must remember that Big Eight districts would also see extra state aid. Under the Cupp-Patterson plan, these eight districts on average are projected to receive of $383 per pupil in additional funding by FY 2021. Thus, the charter-district funding gap is estimated to close by a less impressive $375 per pupil by FY 2021, barely denting the $4,000 per student gap that currently exists.

Second, the plan will widen charter funding gaps over the long run

Due to the staggering costs of a new funding model for districts, their increases are phased in over a six-year period, with FYs 2020–21 being the first two years of implementation. Districts, therefore, should continue to see rising funding levels in FYs 2022–25. Charter funding amounts, however, are frozen after FY 2021. While no projections exist beyond FY 2021, this likely means that charter funding gaps will widen as the implementation of district funding continues.

Not only will the phase-in cause further rifts in charter-district funding, but so will the plan’s proposal to periodically adjust district funding for inflation. On the charter school side, the plan maintains “fixed” base amounts that determine the bulk of state aid. In FY 2019, charters received a fixed $6,020 per pupil base amount,[3] which under the Cupp-Patterson plan climbs to $6,179 and $6,338 per pupil in FYs 2020 and 2021, respectively. But then, the plan maintains charters’ FY 2021 base amount at the same level for perpetuity. Unless legislators make regular changes to charters’ base amounts, their base per-pupil funding will remain stuck at FY 2021 amounts, even as their costs rise with inflation.

In stark contrast, the Cupp-Patterson plan provides school districts with regular funding adjustments. One of the major shifts proposed in this plan is to move districts from a fixed base amount[4] to an incredibly elaborate inputs-driven calculation that is supposed to gauge the cost of educating an average student (no effort was undertaken to estimate charter costs). While this new approach would take pages to describe, it’s important to know that these “inputs” are based on variables such as statewide average salaries and benefits. These inputs costs would remain constant throughout FYs 2020–23. But in FY 2024, districts’ input costs would be adjusted for inflation, specifically using the CPI-U measure. Hence, the average teacher salary, for instance, used for the purposes of calculating district teacher costs would rise. In the years thereafter, the state would again make cost adjustments. Every fourth year the input costs would be reassessed based on actual data about salaries, etc., reported two years prior. Because these costs are sure to rise over time, districts would in turn enjoy increased state funding.

In sum, because charters’ per-pupil base amounts remain static after FY 2021 while districts’ are adjusted, the Cupp-Patterson plan will over time widen the gap between charter and district funding.

Third, it does nothing to bridge the enormous gap between voucher and public school funding

Ohio has also significantly underfunded scholarship, or “voucher,” programs that enable needy students to attend private schools. The current amounts for the EdChoice (both the failing-schools and income-based model) and the Cleveland scholarship are just $4,650 for K–8 students and $6,000 for high school, funding levels that fall short of those for even charters, and miles behind district funding. While some private schools can provide a quality education to students on such meager amounts, many others can’t fundraise enough to cover those costs. For families seeking private school alternatives, this results in a more limited range of choices.

Unfortunately, the plan does nothing to improve this woeful funding picture, and in fact worsens it. By freezing current scholarship amounts—while escalating public school spending considerably—the voucher funding gap will only widen.

The architects of the Cupp-Patterson plan have dubbed it the “Fair School Funding Plan.” Seen through the eyes of school districts, that may be true. But it doesn’t create a fair model for school choice. It perpetuates the chronic funding gaps between districts and choice programs, both charters and vouchers, and even more worryingly, is sure to widen them over the long run.

A truly “fair” funding plan would show concern for all schools, no matter what banner they fly under. It would also work toward fairness to Ohio parents who, for many various reasons, long for something different for their children. On school choice, then, the Cupp-Patterson plan can only be viewed as a failure. The plan preserves—even further advantages—the status quo, rather than putting Ohio families, and their preferences and choices, at the heart of education funding.

[2] These estimates were released prior to the passage of the state budget bill (House Bill 166) and do not incorporate changes to the funding system for FYs 2020–21, including the additional funds for the state’s new student wellness and success or quality charter school programs. The bill form of the Cupp-Patterson plan (HB 305), which this blog post analyzes, was also introduced prior to the enactment of HB 166 and proposes FY 2020 as the first year of implementation.

[3] This amount is multiplied by charters’ enrollment to calculate their “opportunity grant,” the main component of the state’s funding formula.

[4] Under current policy, Ohio sets district base amounts at $6,020 per pupil and multiplies this by each district’s “state share index,” which varies based on local wealth. This is then multiplied by district enrollment to yield their opportunity grant (which may be capped, however). Charters’ base amounts are not multiplied by the SSI because they have no local taxing authority.