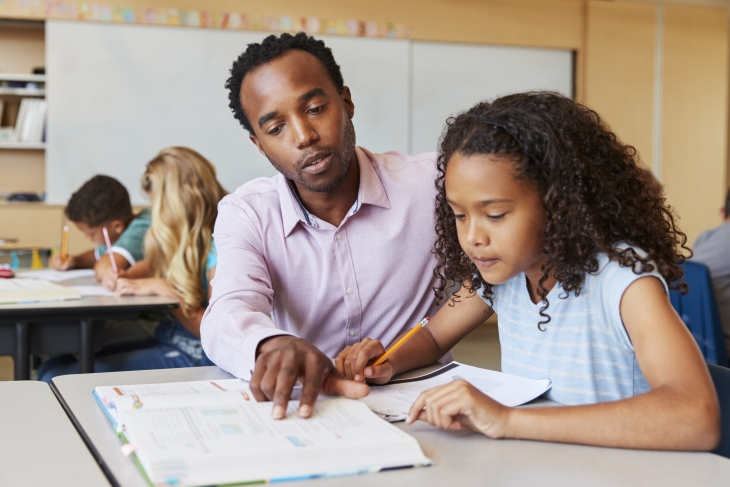 A few weeks ago, Ohio released state report cards for the 2021–22 school year. Annual report cards have been the law of the land for decades, so Ohioans are generally familiar with them. But report cards themselves look a little different this year, as the state legislature revamped the framework during summer 2021.

Although the biggest change was a shift from an A–F to a five-star system, several individual components also got a facelift. That includes the early-literacy component, which measures reading improvement and proficiency for students in grades K–3. To provide a more complete picture of early literacy in Ohio schools, the component now includes three measures, the first two of which were added via last year’s reform legislation.

This measure reports the percentage of students in third grade who were promoted to fourth grade, and thus were not subject to retention under Ohio’s Third Grade Reading Guarantee.

This measure uses two consecutive years’ worth of data to determine how well schools and districts are helping struggling readers. It uses the results of fall diagnostic assessments and the state test to determine the percentage of students who moved from not on track in reading to on track from one year to the next.

Although these three measures are unrated, the state combines them to create an overall early-literacy rating for districts and schools. That rating is calculated by adding up the results of all three measures—which are weighted according to state law—to establish a weighted early-literacy percentage. This number is then compared to score ranges set by the state board of education to determine a school’s rating. As is the case with other report card components, schools receive ratings of one to five stars.

So how did Ohio districts fare in the wake of pandemic-related disruptions? Well, the good news is that, of the state’s 607 districts, 397 of them—roughly 65 percent—met or exceeded state standards and earned early-literacy ratings of three, four, or five stars. That’s great news for Ohio kids, and falls in line with analyses by Ohio State’s Vladimir Kogan, who found that ELA achievement among third graders has “charted an impressive rebound” after plunging earlier in the pandemic.

On the bad news front, 208 districts earned either one or two stars. That means approximately 34 percent, or one third, fell into the “needs support” or “needs significant support” categories. All three of the districts that recently emerged from state oversight via an Academic Distress Commission (ADC)—Youngstown, Lorain, and East Cleveland—earned only one star. And all but one of the Big Eight districts also earned only one star (Cincinnati earned two).

Taken together, the Big Eight and former ADC districts serve nearly 154,000 students. And while most of their students are older than grades K–3, many of them learned to read in the same elementary schools that are earning troublingly low early-literacy ratings. Obviously, the pandemic played a part in declining scores, but many of these districts were struggling with early literacy long before then. It’s also important to remember that, while helpful, districtwide ratings can mask low scores for individual schools. Even in districts that scored well, there could still be schools full of students who are struggling to read.

If state and local leaders don’t take these results to heart, thousands of students will pay the price down the road. Fortunately, Ohio seems to be headed in the right direction. The Ohio Department of Education’s recently released budget priorities aim to boost early literacy in some smart ways, including incentivizing the use of high-quality instructional materials, encouraging professional development for teachers in the science of reading, and deploying literacy coaches to low-performing schools. And so far, state leaders have resisted political pressure to eliminate the Third Grade Reading Guarantee’s retention requirement, which is backed by strong evidence.

There are other interventions—like doubling down on the potential of out-of-school time or increasing the support that persistently low-performing schools receive—that are also worth investment. But going into budget season, it certainly seems like Ohio leaders are focused on improving early literacy. Given just how many districts had abysmal early-literacy scores, that’s clearly the right approach.