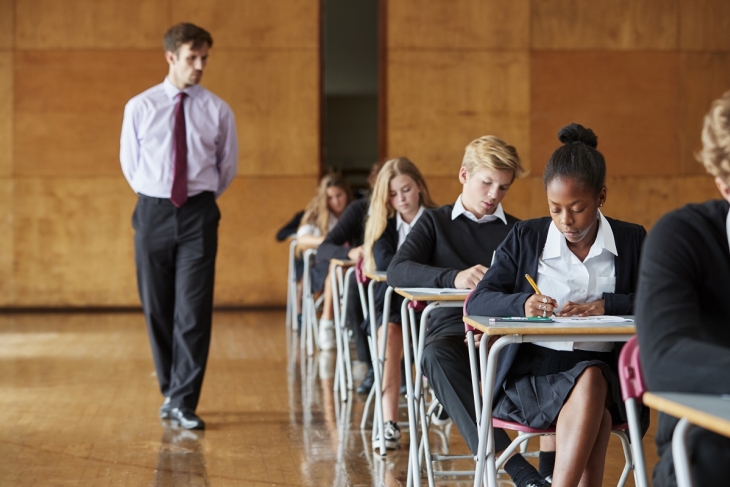 In the debates over private school scholarship (a.k.a. voucher) programs, one of opponents’ favorite talking points is to say that nonpublic schools are “unaccountable” or “unregulated.” To get a flavor, consider the following statements made over the past couple years:

We at Fordham, and others, have strongly refuted claims that choice programs “siphon” money or “weaken” public education. But less has been written on private-school accountability, particularly in the context of Ohio. Does the “unaccountable” accusation ring true, or is this yet another tall tale? As we’ll see, the reality is far more nuanced than a simplistic talking point.

First and foremost, let us remember that private schools must attract families and students to operate, and they have to regularly prove their value to maintain such allegiances. When private schools fail to meet their “customers’” needs, their budgets shrink—an important form of “consequential accountability.” In an efficient and accountable system, schools would receive dollars based on their actual headcounts. More students mean more dollars and vice versa. The private school system works this way. Schools generate funding through tuition payments and (for some students) publicly funded vouchers, both sources of revenue that are predicated on enrollment. Thus, private schools suffer the fiscal consequences when their enrollments dip; some have even had to close. Because of this threat, private schools are incentivized to work hard to meet the needs of families and students. It’s no surprise, then, that surveys consistently find that private school parents report the most satisfaction with their schools.

In contrast, traditional districts are shielded from budgetary pain when students leave their schools. Ohio, for example, has long provided guarantees—and continues to do so under its new formula—that subsidize districts with shrinking enrollments. Districts are also protected from funding losses through the property tax system, as those revenues are not directly linked to headcounts. Although there is accountability through tax referendums, districts don’t lose local dollars when students head for the exits, and “no” votes can occur for reasons other than parents’ dissatisfaction with their local public schools.

It’s possible that critics are instead thinking of formal interventions for unsatisfactory academic performance, another type of accountability. They’d be right to assert that Ohio does not intervene in private schools on the basis of report card results (a topic we’ll discuss later). And unlike Louisiana, Ohio doesn’t suspend private schools from voucher programs because of low performance.

Nevertheless, it’s a stretch to argue that districts face greater consequences for poor outcomes. Education scholar Mike McShane of EdChoice describes public school accountability this way: “Schools can underperform for decades and suffer functionally zero consequences.” He’s right. Here in Ohio, the state has experimented with a district-level intervention known as academic distress commissions (ADC). But after district officials repeatedly blasted the policy, legislators have abandoned it and given the three ADC districts an easy off-ramp. Meanwhile, federal legislation requires Ohio to oversee “school improvement” efforts at chronically-low-performing public schools. But once again, those interventions are wholly toothless. The feds don’t mandate any real changes in these schools—e.g., replacing ineffective staff or inferior curricula—nor does the state make serious demands either. Finally, in a common misconception, public schools don’t lose funding on the basis of poor academic performance. Instead, they are actually eligible to receive extra federal dollars as a direct result of their abysmal performance. Some consequence!

Or perhaps the critics are referring to the regulatory environment of private schools. Because of their different governing structure and distinctive educational models—often including religious instruction—private schools aren’t regulated in the same manner as public schools. Nor should they be: Such variances help preserve the very qualities that attract many families to private schools in the first place. Yet they are still subject to a raft of regulations. Consider the following examples:

Given these requirements, it’s hard to imagine that rules and regulations are at the heart of the “unaccountable” claims. That leaves state testing and report cards. It’s true that Ohio doesn’t require private school students to take state assessments, nor does it issue report cards to their schools—both important forms of transparency and accountability for academic outcomes. That said, the state does require students in the EdChoice and Cleveland scholarships programs to take standardized assessments, whether a state exam or state-approved alternative test. Ohio also discloses their proficiency rates on those tests.

Now if I had my druthers, Ohio would require private schools to administer state exams to voucher students (as it has in the past), and it would issue report cards that reveal both their achievement and growth results. In my view that’s only fair, given that taxpayers are footing the bill for their education, and such information would be helpful to families weighing private school options. At the same time, it’s absurd to think that private school critics are making similar good-faith arguments about the merits of academic transparency. The official platform of the Ohio School Boards Association, for example, opposes user-friendly school ratings, and they and their allies have put forward proposals that would gut report cards. Meanwhile, Susie Kaeser has taken to the editorial pages to savage state testing and accountability policies based on those results. Public school advocates don’t seem shy about attacking accountability, so it would be disingenuous to criticize private schools on the basis of such policies.

In the end, the cries of “unaccountable” and “unregulated” private schools fall flat. There’s no basis in reality for claiming that private schools face no accountability or regulation. Indeed, there’s a good case that they are more accountable than traditional districts through the discipline of the educational marketplace. Much like their tired harangue about “siphoning” money, the critics should stop distorting the truth with their “unaccountable” arguments as well.

[1] This “charter” is different from the one received by a public charter school.