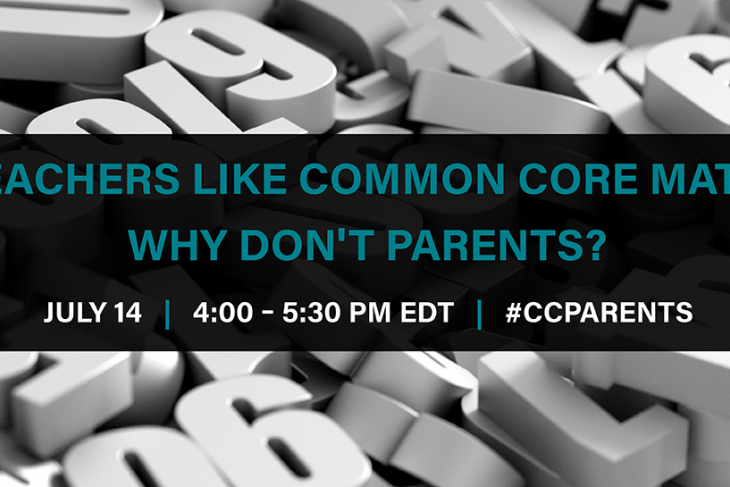 Successful implementation of the Common Core State Standards for Mathematics (CCSS-M) should lead to noticeable changes in classrooms across the United States. After all, compared to most of the state standards they replaced, the CCSS-M boost rigor, focus on fewer topics, and purposefully link concepts across grade levels. In Fordham’s recent study, Common Core Math in the K-8 Classroom: Results from a National Teacher Survey, teachers report that several such shifts are indeed underway: Sixty-four percent say that they increasingly require students to explain how they arrived at their answers; 55 percent more frequently require students to use proper math vocabulary; and at every grade level, topics related to the application of math are taught by nearly all teachers.

But while teachers have begun to embrace Common Core math, parents (as perceived by teachers) seem less enamored. Eighty-five percent of instructors report that parents misunderstand the new methods and are less likely to reinforce math learning at home. What can we do to support parents and children during Common Core implementation? Are policy makers and advocates paying enough attention to their concerns now that much of the Common Core uproar has passed?

Continue the conversation on Twitter with @educationgadfly at #CCParents.