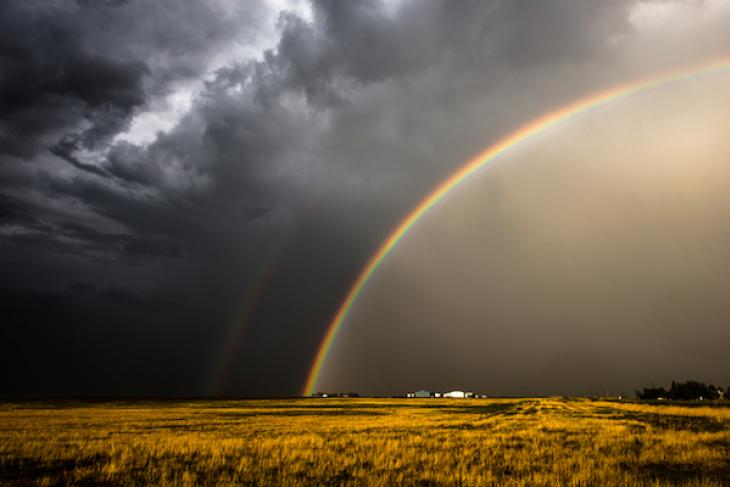 It feels more than a little tone-deaf to say this right now, given the dumpster fire that is the current state of our national affairs, but education reform is having a pretty good year.

That’s certainly not what many of us predicted twelve months ago. We worried that Donald Trump’s support for charter schools and school choice would make those issues toxic on the left; growing polarization would sound the death knell for any hope of centrism and bipartisanship, both of which have been essential for the ed-reform project for the better part of two decades; and populist attacks on data and reason would make it that much harder for our arguments to win the day.

And indeed, some of this has come to pass. Reformers on the left, especially, feel forced to declare their allegiance to “The Resistance” on a daily basis, lest Randi Weingarten and others succeed in painting any Democrat for Education Reform as Betsy DeVos in sheep’s clothing.

And yet, in the arena where it matters most, education reformers have had a remarkable year. As one reform funder noted privately last week, “the world is falling apart, and the center is not holding, but 2017 was the best year for legislative victories in history.”

That’s surely true when it comes to charter school policy. Not only did Kentucky finally pass a charter school law—and a good one at that—several major states made huge strides in bringing charter funding closer to parity with traditional public schools. That includes Colorado and Florida, which gave charters access to local property tax levies; Texas, which gave charters state funding for facilities for the first time; and Illinois, which passed a comprehensive overhaul of its school finance system that brought greater equity to school statewide, and created a new tax credit scholarship program to boot. This rightfully earned Illinois reform advocates the coveted “Eddie” award from the Policy Innovators in Education Network for “game changer of the year.”

This is all incredibly important, and promising. Ten years ago, you could argue that the biggest priority for charter policy was improving quality control, especially in a handful of “wild west” states. Since then, there’s been lots of progress, especially in Texas and Arizona, and more recently in Fordham’s home state of Ohio. (Yes, it’s still early there with some bad actors still fighting for survival, but the reforms enacted in 2015 are starting to work.) There are still some states in need of a clean-up, but in most places, the pressing priority is to close the enormous funding gaps between charters and traditional public schools. More than anything else, that’s what’s keeping high quality charters from growing and replicating. It could explain some of the low quality of schools as well. Gaining access to local property taxes has been the Holy Grail of the Indiana Joneses of charter policy. No more.

We are also in much better shape on accountability than we could have expected a year ago. To be sure, some reformers are disappointed with the shape of states’ ESSA plans, and the Trump Administration’s willingness to rubber-stamp them. But they are missing the forest for the trees. States could have eviscerated their accountability systems, doing the bare minimum under the federal law by identifying their very worst schools, and staying mum about the other 90 or 95 percent. And by our count, ten states (out of fifty) decided to do so, opting not to rate any school except for those identified for interventions.

The biggest and most important of these states is California, and other large ones include Michigan, Minnesota, and Virginia. Reformers in those locales have every reason to be disappointed, and will have to work double-time to inform parents and the public of the relative performance of all of their states’ schools.

But this also means that forty states and the District of Columbia decided to go well beyond the bare minimum and continue to apply ratings to every school. And on the whole these ratings are clearer than ever before, with more states using A–F grades, five-star ratings, or 1–100 scores. And while we wonks will continue to squabble over the minutiae of how these ratings are determined, in every state they are dominated by student achievement. These are huge victories for reformers, and losses for the teachers unions and other advocates of hiding the truth from parents and the public.

And can any reformer look at the coming Janus Supreme Court case and not smile at the prospect of the NEA and AFT having dramatically less money to spend on politicians who put the interests of adults over the needs of kids?

Now maybe our luck is about to run out, as the past twelve months take their toll on the political system and policymaking apparatus. I certainly worry about moderates of both parties getting wiped out in the 2018 midterms, especially gubernatorial candidates and state legislators. The risk is especially high in the few remaining blue states, such as California, where a reform-friendly governor has kept his legislature from going off the reservation. Will his replacement do the same?

So we can’t let down our guard, nor can we ignore the many other problems facing our country, and our kids, today. But we can enjoy some satisfaction in the fact that child-friendly education policies are still winning. Go ahead, let yourself smile.