A worthy requiem for Pat Moynihan 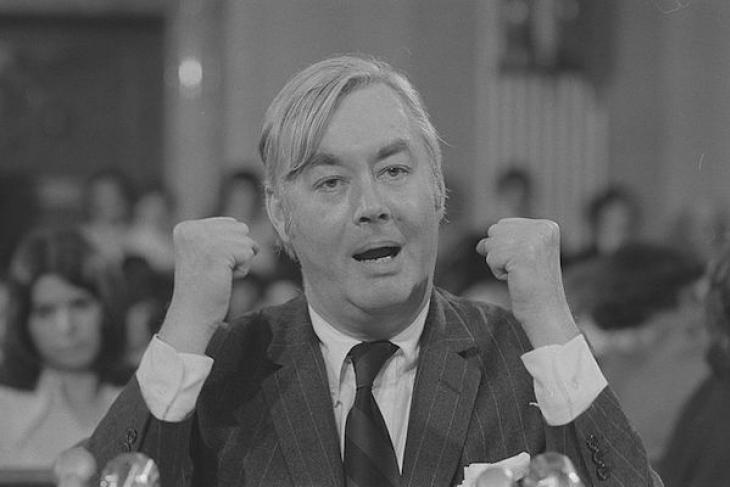 Tragically, the mold seems to have been irrevocably shattered, if not discarded on the ash heap of history. Surrounded by the politics and politicians that plague us today, and the wretched campus climate that we’re living with, to view the great new documentary about the late Pat Moynihan is to weep over what’s practically vanished from American public and intellectual life: independent thinkers, policymakers both intrepid and persistent, respect for data, reverence for the truth, determination to stand up for what’s best about America while acknowledging its failings, and a willingness to cross the lines of party and ideology in pursuit of better outcomes for people who need them.

Yes, you can find a few aging practitioners still treading carefully on Capital Hill, but you won’t find any who also convey Moynihan’s erudition, bravura, persistence, humor, and charm, let alone his depth of knowledge and capacity to create more of it. (After Pat’s death in 2003, George Will—who figures prominently in the new documentary film about his life—wrote that “His was the most penetrating political intellect to come from New York since Alexander Hamilton.” Will also quipped that Pat “wrote more books than some of his [Senate] colleagues ever read.”) You certainly won’t find many in academe who combine his intellect, his rigor, his courage, and his respect for data. Recall the much-quoted Moynihan one-liner, today so often honored in the breach, that everyone is entitled to his own opinion but not to his own facts.

This terrific documentary—a biopic, nearly two hours in length, from independent filmmaker Joe Dorman—recounts the many chapters in Pat’s life, from growing up in hard times, through the much-debated “Moynihan report,” to his service under four presidents, his four terms in the U.S. Senate, his writings, his controversies, his family and friends, admirers and detractors, and so much more. You are apt to be surprised by how varied those chapters were—and how remarkably diverse the cast of commenters who evoke them in this documentary.

I was profoundly fortunate to have Pat Moynihan as a mentor. Indeed, for fifteen formative years of my life (roughly 1966 to 1981) I mostly labored in his shadow (Nixon White House, U.S. Embassy in Delhi, U.S. Senate), learned so very much, and perhaps contributed a bit. Many others were also shaped by him. (It’s an awesome alumni/ae club!) But so—more importantly—was the country in which we live.

The film—simply titled Moynihan—has already premiered in New York and Los Angeles. It apparently opens this weekend in the D.C. area at the AFI theater in Silver Spring, Maryland, though it’s still a little murky as to when exactly it will be shown. Do your best to see it whenever/wherever you can. Then raise a glass—definitely the apt tribute—to Pat’s memory, shed a tear for what’s all but vanished from the contemporary scene and, if you can, imagine what would be needed for even a semblance of this mold to be recreated in today’s America.