Workforce training and the American Dream 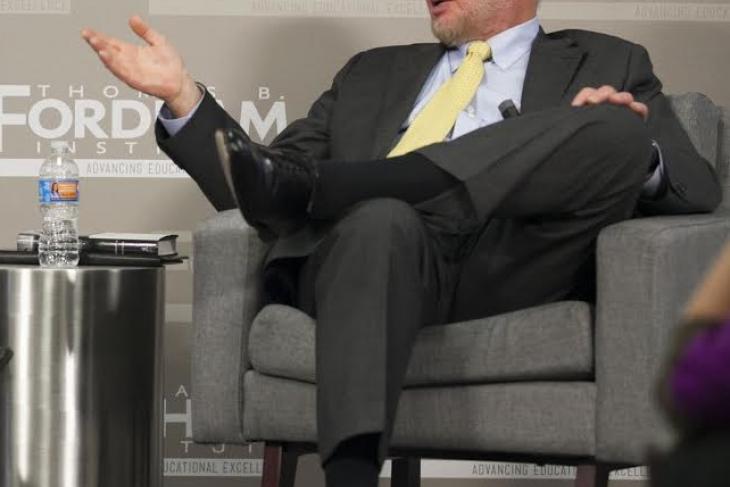 The following is an excerpt from Our Kids: The American Dream in Crisis, by Robert D. Putnam (Simon & Schuster, 2015), reprinted with permission. Watch the video of last week’s Fordham event with Professor Putnam here.

America once had a vigorous system of vocational education, apprenticeship, and workforce training, both in and out of schools. Other countries, like Germany, still do, but over recent decades we have disinvested in such programs. Part of the reason is the rise of the “college for all” mantra, reflecting the belief that a college degree is the ticket to success in the contemporary economy. While it is true that the “college premium” is high, it is also true that very few kids from disadvantaged backgrounds now obtain college degrees. Efforts to improve access and completion rates for poor kids in four-year institutions are worthwhile, and those efforts must begin well before college looms, since the challenges that poor kids face are daunting even before they enter elementary school.

Nonetheless, the “college for all” motto has tended to undercut public and private support for secondary and postsecondary education in vocational skills. A notable example of the potential for contemporary vocational education is provided by Career Academies, as described by author Don Peck: “Schools of 100 to 150 students, within larger high schools, offering a curriculum that mixes academic coursework with hands-on technical courses designed to build work skills. Some 2,500 career academies are already in operation nationwide. Students attend classes together and have the same guidance counselors; local employers partner with the academies and provide work experience while the students are still in school.”1 A controlled trial study found that earnings for academy participants were 17 percent higher per year than for non-academy participants, and that career academy students earn postsecondary degrees at the same rates as non-career-academy students.2

Specialists in this field cite other promising experiments, such as the Georgia Youth Apprenticeship Program and comparable programs in Wisconsin and South Carolina, as well as the nationwide YouthBuild network. But robust evaluations are rarer in this area than in conventional K–12 education. Research from other countries suggests that the benefits of expanded technical and vocational education could be quite high, both for the individual student and for the economy, but the United States spends (as a fraction of our economy) roughly one-tenth as much on such programs as other countries.

Fears that such programs might lead to a class-based, two-tier educational system are not unrealistic. Any effort in this area would need to erase the stigma of vocational education or apprenticeships as second-class education, by integrating quality academics and by having much tighter partnerships of industry and postsecondary schools to develop and implement quality standards. Moreover, significant investment in student guidance would be required. Rigorous research is still needed to identify which programs are cost-effective and which are not. Nevertheless the choice facing young people like those profiled in my book is not between serious training leading to a vocational certificate and four years of college leading to a highly paid career. It is between quality vocational training and no postsecondary education at all. Apprenticeship and vocational education is a promising area in which states and cities should experiment, especially with high-quality evaluation.3

Community colleges were founded initially in the Progressive Era, and greatly expanded during the 1960s and 1970s, to provide access to postsecondary education for students who, for whatever reason, could not begin at the university level. Community college advocates have long been divided on whether these institutions were primarily intended to provide an avenue to four-year institutions or an alternative for vocational education. In the 1960s three-quarters of their students were in the “transfer” track, but by 1980 nearly three-quarters were in the “terminal” track. By now, nearly half of all postsecondary students nationwide are in community college.

While more than 80 percent of them aspire to a baccalaureate degree, only a small minority will ever achieve that goal.

The advantages of community college for nontraditional students are clear: mostly open enrollment, local access, part-time (so college can be combined with a job), and above all, low costs. The limits of this avenue are also clear: Nearly two-thirds of their students drop out before receiving any degree or transferring to a four-year institution. Community college is not nearly so remunerative as a four-year degree, but as in the lives of the poor kids we’ve met in this book, community college is more attractive than the only realistic alternative—simply ending their education after high school. On the other hand, only 40 percent of those who enroll in community college are the first in their family to attend college, and that group is even less likely to go on to a four-year institution, so community colleges are not very effective in getting low-income kids headed to a BA.

Community colleges are asked to do many things with meager funding, and in recent years that funding has been cut back, limiting financial aid, raising tuition, and reducing student services. Counseling and instructional quality is often uneven. All these deficiencies disproportionately affect low-income students. Nevertheless, the key issue in evaluating community college performance is ?compared to what? Proprietary schools have a better completion rate for certificates than community colleges, but they cost three times as much, so their students graduate with much more debt than community college students.

Despite their mixed record, community colleges have real promise as a means of narrowing the opportunity gap by providing poor kids with a realistic path upward. To serve that role, they need more funding, improved student support services, better connections to local job markets and to four-year institutions, and a lower dropout rate. The best community colleges in the country, such as Miami Dade College, have taken up this challenge with gusto. As two experts on community colleges, Arthur Cohen and Florence Brawer, conclude, “The community colleges’ potential is greater than that of any other institution because their concern is with the people most in need of assistance....If the community colleges succeed in moving even a slightly greater proportion of their clients toward what the dominant society regards as achievement, it is as though they changed the world.”4

Robert D. Putnam is the Peter and Isabel Malkin Professor of Public Policy at Harvard University.