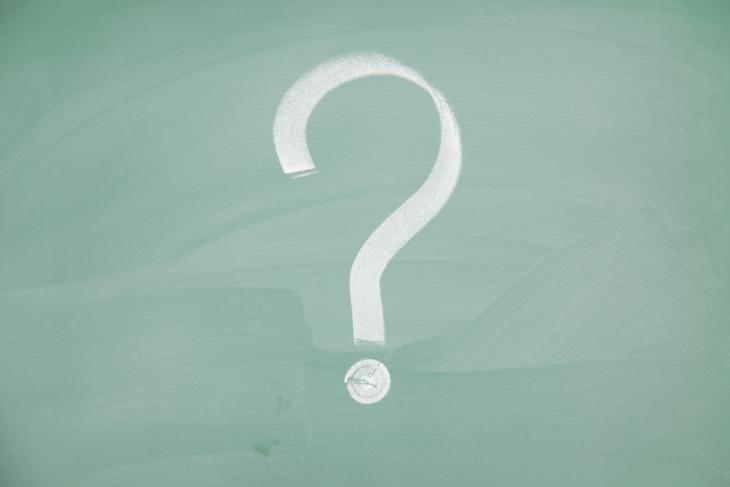 Tenure arrived in K–12 education as a trickle-down from higher ed. Will the demise of tenure follow a similar sequence? Let us earnestly pray for it—for tenure’s negatives today outweigh its positives—but let us not count on it.

Almost every time I’ve had an off-the-record conversation in recent years with a university provost, they’ve confided that their institutions are phasing tenure out. Sometimes it’s dramatic, especially when prompted by lawmakers, such as the changes underway at the University of Wisconsin in the aftermath of Governor Scott Walker’s 2015 legislative success, and the bills pending in Missouri and Iowa.

Often, though, the impulse to contain tenure on their campus arises within the institution’s own leadership and takes the form of hiring far fewer tenured or tenure-track faculty and filling vacancies with what the American Association of University Professors terms “contingent” faculty, i.e., non-tenured instructors, clinical professors, adjunct professors, part-timers, or—especially in medical schools—severing tenure from pay such that professors may nominally win tenure but that status carries no right to a salary unless they raise the money themselves from grants, patients, etc.

This is happening across much of U.S. postsecondary education, and the data show it. Whereas in the mid-1970’s tenured and tenure-track faculty comprised 56 percent of the instructional staff in American higher ed (excluding graduate students that teach undergrads), by 2011 that figure had shrunk to 29 percent. In other words, seven out of ten college instructions were “contingent” employees—and almost three quarters of those were part-timers.

The data since 2011 are scanty, but I’ve heard enough anecdotes to be pretty sure these trend lines have continued and perhaps steepened, if for no other reason than the constant pressures to hold down costs, on the one hand, and to innovate, on the other. Tuitions are out of control, state subsidies are withering, and although college presidents and provosts may have to contend with unions, as well as with tradition and current contracts, they still have a fair amount of flexibility in whom and how they hire, promote, and retain (or not).

In the K–12 world, however, tenure remains the norm for public school teachers in the district sector, vouchsafed in most places by state law and big-time politics, as well as local contracts, even in so-called “right to work” states. It may be achieved after as few as three years of classroom experience and be based on nothing more than “satisfactory” evaluations from a novice teacher’s supervisor during that period. Unfortunately, we have ample evidence that such evaluations are nearly always at least “satisfactory,” if not “outstanding.” Although many states and districts made worthy changes to their evaluation practices in response to long-ago-spent Race to the Top dollars, the pushback against those changes has been intense, the methodology usually had flaws (especially when linking student learning to teacher performances), and lots of places have been backing down. One consequence is that it’s still virtually impossible to fire bad tenured teachers.

It’s useful to distinguish two issues. One is the complicated and politically fraught business of evaluating school teachers, both new and veteran: how to do it, who should do it, what should it be based on, what its consequences should be, what politics surround it, etc.

A semi-separate issue is the question of tenure itself: should teachers, often by the age of twenty-five, obtain guaranteed lifetime employment in a school system on the basis of a few years of satisfactory evaluations? For that matter, should anyone get lifetime tenure in any job? This question may legitimately be asked of civil servants, policemen, soldiers, and judges, as well as school and university faculty.

Personally—and speaking as a onetime tenured university professor who cheerfully gave it up for more rewarding pursuits—I’ve come to believe that only appellate judges deserve tenure (and it wouldn’t be hard to talk me into limiting that to the Supreme Court).

Whereas tenure for university professors had some early antecedents, and job protections for school teachers crept into Massachusetts as early as 1886, K–12 tenure as we know it today is mostly a mid-twentieth-century phenomenon. It rests on three pillars: simple job security and longevity, really a form of guaranteed continuing employment (often viewed as a fringe benefit that substitutes for higher pay); protection against diverse forms of discrimination, favoritism and capriciousness on the part of employers; and academic freedom, meaning in essence that instructors can almost never be fired on account of what they say or write.

The first of those is really just a matter of “terms of employment.” How valuable is job security to the employee—and to the employer? Would you rather earn $50,000 a year in a job that you know will continue indefinitely and does not depend on performance, or $75,000 in a job that is assured only for a several-year term and where renewal of the position hinges on your performance in it? As we read that school teachers in major cities are finding it hard to afford housing on their current salaries, one suspects that many, given the option, might leap for higher pay.

The second rationale for tenure—a safe harbor from discrimination and favoritism—deserves to be taken seriously, but the codification in constitutions and statutes of innumerable due process and anti-discrimination protections radically shrinks the rationale for inserting additional tenure provisions into employment contracts for this reason.

“Academic freedom” is a serious matter, too, and obviously was even more serious in the McCarthy era, but it’s significantly protected by the First Amendment and—for me at least—carries less oomph at a time when too many professors and teachers (at least in the humanities and social sciences) are tending toward indoctrination rather than teaching their pupils to weigh evidence, consider multiple interpretations, and seek truth and beauty as best they can. It’s also important to note that sundry court decisions have limited the extent of “free speech” in school classrooms, and to ask just how much difference does “academic freedom” make to a fourth grade teacher?

It’s no secret that the HR practices of private and charter schools—neither of which typically practices tenure—work far better than those of district schools from the standpoint of both school leaders and their students. That’s because the leadership team can generally employ (and deploy) the instructors they deem best suited to their pupils and they’re not obligated to retain any who don’t do a satisfactory job. They can be nimble in regrouping, restaffing, and redirecting their schools—and everyone who works there knows that’s how it goes. Nobody has a right to continued employment untethered to their own performance and the school’s needs. The employer has the right to change the shape, nature, and size of the organization, to redeploy human resources, to substitute capital for labor, to replace elbow grease and sitzfleisch with technology, and to hire and fire according to shifting pupil needs and organizational priorities.

That’s the direction higher education is gradually heading, mostly because tenure is too rigid and costly from the institutional perspective. At the K–12 level, private and charter schools are already there. A few states have taken steps to make tenure harder to obtain or even to move toward for its demise. Lawsuits are underway in several more places, and I have no doubt that kindred efforts will continue, via both the voting booth and the courtroom.

Though often framed in term of “making it easier to fire bad teachers,” that’s not the main point of such reforms, nor should it be. The main point is to make it possible to run the kinds of schools that kids deserve to attend at a cost the taxpayer can afford to pay—and to bring the profession of school-teaching into the twenty-first century.