Why vouchers are struggling to boost student achievement 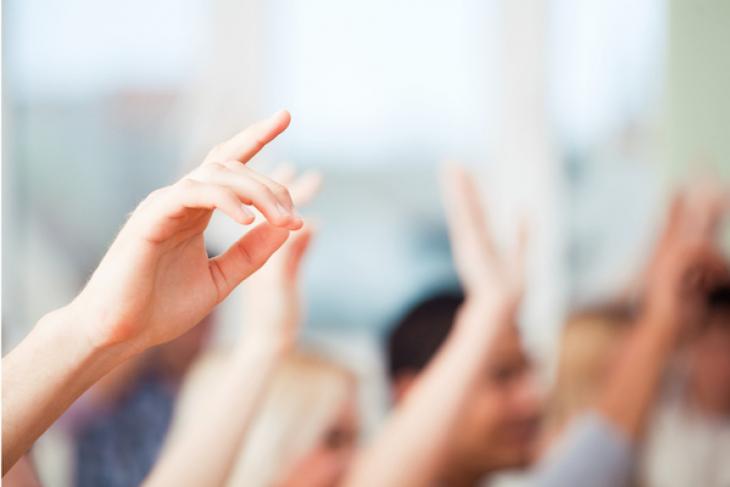 Advocates of school choice breathed a sigh of relief last month when a pair of new studies showed that voucher programs in Indiana and Louisiana were performing better than prior research had suggested. But they shouldn’t get too comfortable.

The news that most students recovered the ground they lost when they first enrolled in these programs after three or four years is obviously welcome. But it is unlikely to satisfy critics, who will rightly note that students who returned to the public schools after a year or two lost significant ground, and that so far no statewide voucher program has shown significant benefits for the average participant. To the contrary, the last four voucher programs to be rigorously evaluated—including those in Ohio and Washington, D.C., as well as Indiana and Louisiana—have all shown negative or decidedly mixed effects.

Some informed observers have tried to explain vouchers’ struggles by appealing to the improved performance of public schools or the dilution of so-called “peer effects,” while others have pointed to methodological problems with the studies. Perhaps the disappointing performance of Ohio’s voucher program is due to the tests, which are high stakes for public schools but not for private schools. Perhaps the heavy-handed regulations associated with Louisiana’s program are discouraging high-performing schools from participating. Perhaps voucher performance in D.C., where the results reflect just one year of participation, will improve over time, as it has in Indiana and Ohio.

All of these explanations—or excuses, depending on your point of view—have some merit. But Occam’s Razor suggests that the most likely reason for vouchers’ mediocre performance is the simplest: Some of the private schools in these programs just aren’t very good, at least when it comes to boosting student achievement. And the free market alone is unlikely to address that challenge.

On this point, the charter school experience is instructive—or at least it ought to be. Yes, there are a few states where charters have achieved strong results despite a weak framework for intervening in low performing schools, or a dearth of quality authorizers, or limited parental supports. There is an exception to every rule. But what about Nevada and Ohio, where lax oversight of charters has been a disaster for kids? Is there a state in the union with strong oversight, robust market supports, and a low-performing charter sector? If not, why does the burden of proof fall on those seeking to avoid another Nevada?

Overall, the charter experience has actually been a stunning validation of basic market theory, which is why it’s so frustrating to see that theory ignored when it comes to vouchers. To see what I mean, consider Table 1, wherein I’ve attempted to summarize how the market failures one would expect to find have manifested themselves in the education market (as well as some potential solutions).

Table 1. Failures of the education market

Four things should be obvious from this table.

First, basic economic theory explains most of the problems facing the school choice movement, so no economically literate person should expect the education market to self-actualize or self-regulate.

Second, these problems have fairly straightforward solutions (with the possible exception of transportation), so there’s no reason to conclude that the market can’t work just because it doesn’t always.

Third, it’s not just about regulation. But many of the solutions—from a choice-friendly transportation system, to a common application, to effective consumer protection—are beyond the capacity of civil society to implement, so government has a role to play in ensuring the market functions properly.

Finally, we’re much closer to solving these problems for charters than we are for vouchers. For example, no citywide common application includes private schools, so it’s easy to see how parents might fail to maximize their child’s chances of enrolling in a good school. Similarly, most parents of voucher recipients still operate with extremely limited information, even in states where participating schools are graded like public schools, because these grades are almost impossible to find. And, of course, vouchers are even more underfunded than charters in most states, which necessarily limits their capacity.

Most importantly, many voucher programs—and all tax credit scholarship programs, which enroll even more students nationally—still lack the sort of accountability mechanisms that have led to sustained improvements in the charter sector over time. In particular, most programs still lack a mechanism for cutting off funding for consistently low-performing schools, and those that have such mechanisms, like Indiana and Louisiana, are only beginning to separate the wheat from the chaff.

If you think about it, the case for results-based accountability is actually even stronger for voucher programs than it is for charter schools. After all, at least in theory, charters must convince authorizers that they know what they’re doing before they can open, whereas there are almost no barriers to entry for existing private schools seeking public funds—especially for programs that lack testing requirements. Furthermore, the academic and financial costs of results-based accountability are much lower for vouchers than they are for charters because participating schools don’t have to close and their students don’t have to switch schools. These same factors may also make voucher accountability more politically feasible than charter accountability (as well as more practical in areas that are too rural for closure) and thus more effective.

Much of the resistance to stronger accountability for private school choice reflects an aversion to testing, which is perfectly understandable but doesn’t answer the question of what to do when a school isn’t serving kids well. I don’t have much to add to that debate, so I will simply observe that, in my view, research has demonstrated a link between test scores and long-term outcomes, and that it remains impossible to gain admission to most top-flight universities without excelling on some sort of test.

In the long run, there’s no reason that vouchers can't achieve what charters have—especially in more urban areas. But as Keynes famously observed, “in the long run we’re all dead.” According to the multi-state research performed by CREDO, which is the closest thing we have to a comprehensive report card for the charter sector, it took twenty-one years for charters to match the performance of traditional public schools. If we don’t get serious about quality control, it could easily be another decade before statewide voucher programs manage to do the same.

Thanks to the most recent batch of voucher studies, some members of the school choice community are beginning to admit that we have a problem. But there is work to be done, and it won’t happen unless and until we can agree on what it entails. Too many people who’ve seen the evolution of the charter movement—and should therefore know better—are convinced that “letting a thousand flowers bloom” will work better for vouchers than it did for charters. But it won't because the same market dynamics are at work in both sectors.

To be clear, this is not a call to regulate on inputs. But it is a call for intellectual honesty and consistency from those who see choice primarily as a means to an end and have used the gains students are making at charter schools to justify their expansion. Nine times out of ten, a regulated market is preferable to both an unregulated market and a government monopoly, which is why it’s high time for the school choice movement to resolve its cognitive dissonance by placing “public” and “private” choice in the same intellectual framework.

Only the mechanism is different.