Who needs the law when you have OCR? 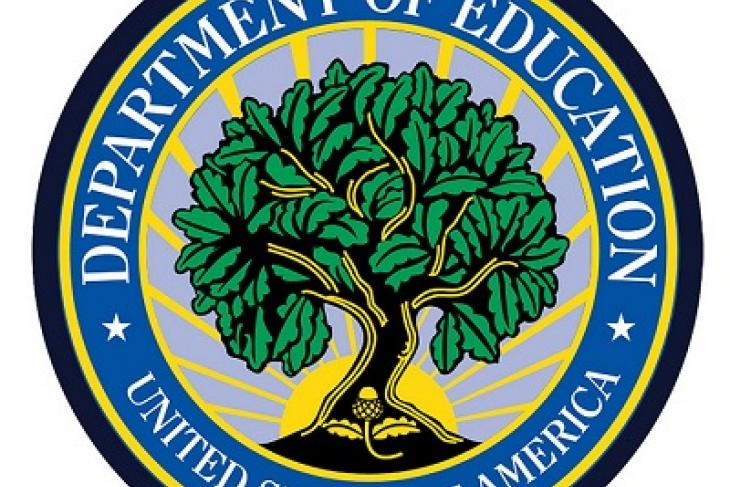 On October 1, the Department of Education’s Office of Civil Rights (OCR) issued perhaps its most extraordinary “Dear Colleague” letter (DCL). Given the recent competition, this is remarkable. In its letter, OCR announced that any racially identifiable disparities in educational resources could trigger an investigation by the agency. Two weeks ago it followed through on that threat.

The letter stated that OCR was writing to “call your attention to disparities that persist in access to educational resources, and to help you address those disparities and comply with the legal obligation to provide students with equal access to these resources without regard to race, color, or national origin.” This offer of assistance is, of course, OCR doublespeak for letting states’ school districts know that federal harassment was about to commence. The New York State Department of Education and New York State Board of Regents would be the first to benefit from OCR’s cheerful offer to help. Last December, the Schenectady and Middletown School Districts had filed a complaint with OCR alleging that the state was inequitably distributing $5.5 billion in state Foundation Aid. This pot of money was created by the state’s long-running school finance case CFE v. New York. On November 25, OCR notified the school districts that it would investigate their complaints.

Noticeably absent from the districts’ complaints were any allegations that the state was funding them unequally compared to other school districts. Instead they alleged that they were not given enough to provide a “sound basic education,” which the New York courts decided was a state constitutional right in CFE. Under the funding formula, poorer school districts are to receive more money than wealthier school districts. Schenectady and Middletown contended that they and other poor school districts, which also had a higher percentage of minority students, were less likely to receive their full funding amount under the formula. As Middletown explained in its press release, they “were alleging that neither district has been given a fair percentage of the allocation of state funding.” Fairness, not inequity, was the basis of the claim.

There are both practical and legal problems with OCR’s position. The practical problems can be seen in OCR’s October 1 letter. In the letter, OCR disavows the idea that equal spending should be the standard for determining unequal resources. A finding of unequal resources oddly might not be based on unequal resources. But that leaves the problem that has afflicted school finance litigation for decades: If money is not the measure of resources and opportunity, then what is? At this point OCR wanders deep into the swamps of supervising and managing schools. It says that it will consider a variety of factors that affect educational outcomes including, among many others, paint, carpets, lockers, heating and air conditioning, laboratory facilities, performing arts spaces, library resources, audio-visual equipment, availability of laptops and tablets, access to Wi-Fi hotspots, graphing calculators, digital simulations, extracurricular activities, and effective teaching and leadership. In short, OCR intends to take the place of school boards, superintendents, state boards of education, governors, and legislatures. This raises the terrifying but amusing thought that painting classrooms with Sherwin-Williams’s Toasted Pine Nut instead of Benjamin Moore’s Tuscany could trigger an OCR investigation. More seriously, how is one federal agency, let alone one that complains of being understaffed, supposed to provide this kind of “holistic” evaluation of school resources at potentially all the nation’s schools? Even if OCR had clear legal authority for its memo, which it does not, its interventions will only invite chaos and uncertainty.

But most importantly, OCR’s letter lacks any reasonable legal foundation for its adventures in educational management. Tellingly, the letter fails to discuss San Antonio v. Rodriguez (1973) and Washington v. Davis (1976), the two most important cases for determining legal plausibility of the memo. In Rodriguez, the Supreme Court held that there is no constitutional right to education, so disparities in funding are not unconstitutional; in Davis, the court ruled that policies adopted without a discriminatory purpose but that have a discriminatory effect are not unconstitutional. Instead, OCR falls back on inapplicable court cases and Title VI of the Civil Rights Act. For several decades, school finance advocates have tried to convince federal courts that the Fourteenth Amendment’s Equal Protection Clause guaranteed a federal right to an education and therefore equal resources. Scholars such Goodwin Liu, now a justice on the California Supreme Court, have generated creative but unpersuasive alternative histories of the Fourteenth Amendment just for that purpose. However, the federal courts have consistently refused to undermine Rodriguez.

As well, there is no precedent for this kind of intervention under Title VI. The real source of OCR’s alleged authority is a 2001 “Dear Colleague” letter from Bill Clinton’s Secretary of Education Richard Riley, which emphasized the importance of equal resources. This midnight memo from the last month of the Clinton administration provided no mandates for school districts to follow. OCR’s authority, then, is self-referentially grounded its own toothless previous memo. This allowed OCR to completely bypass the ordinary rulemaking process agencies must normally follow, which unfortunately is nothing new for the agency. OCR is simply saying that its “guidance” has to be followed because it said so. Why, then, do we need the law at all when we have the enlightened will of OCR?

Joshua Dunn is an associate professor of political science at the University of Colorado–Colorado Springs and co-author of Education Next’s Legal Beat column.