Which Washington-area system does best at funding its neediest schools? 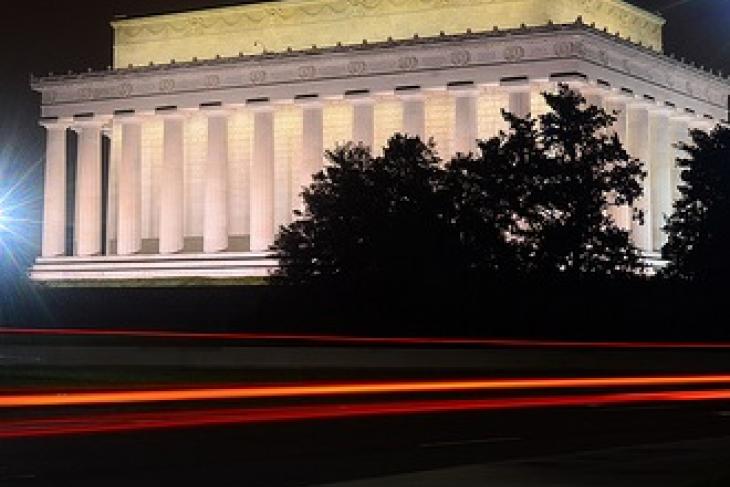 In the era of No Child Left Behind—and at a time of growing concern about income inequality—virtually every school system in the country claims to be working to narrow its student achievement gaps. But are they putting their money where their mouth is?

The data in our brand new D.C. Metro Area School Spending Explorer website allow us to answer this question for school districts inside the Beltway. Specifically, we can determine whether and to what degree they are spending additional dollars on their neediest schools.

To be sure, ever since the Coleman Report, it’s been hard to find a direct relationship between school spending and educational outcomes. Still, basic fairness requires that systems spend at least as much on educating poor students as affluent ones, and investments that might make a difference in narrowing achievement gaps (such as hiring more effective, experienced teachers and providing intensive tutoring to struggling students) do require big bucks.

There are lots of wonky ways to compute the fairness of education spending, but we’re going to use a measure that makes sense to us. Namely: How much extra does a district spend on each low-income student a school serves? Compared to what districts spend on behalf of non-poor students? Ten percent? Twenty percent? Fifty percent?

Read the methodology section below for details on how we got to these numbers (they are estimates, and apply only to elementary schools), but here are our conclusions.

For example, in Arlington County, the district spends close to $12,000 per student at its low-poverty schools (those with very few poor children). But it spends north of $21,000, or 81 percent more, for each student who is eligible for a free or reduced price lunch—significantly boosting the resources of its highest-poverty schools.

Let us be clear that school systems aren’t necessarily achieving these spending outcomes by design. As we explain in the “Drivers of School Spending” section of our D.C. Metro Area School Spending Explorer website, they may not even have been aware of these differences. That’s because individual schools in a given district don’t actually have “budgets” of their own; they are generally given a certain number of staff positions (driven by the number of students they serve) and might be eligible for extra programs or resources depending on need.

Nor is it likely that poverty rates are the only things driving these differences. Larger schools, for example, tend to spend less per-pupil than smaller schools (costs for staff like nurses can be spread over more students); districts might also be providing extra resources to schools with large numbers of special education students or English language learners. So we know that our analysis is oversimplifying what’s causing these patterns.

With those caveats in mind, what to make of these results? The outliers are fascinating. Arlington—with its sky-high tax base and gentrifying population—definitely goes the distance for its high-poverty schools. On the other hand, poverty-stricken Prince George’s County appears to be doing practically nothing to spend what little money it has on its toughest schools. (It makes us wonder how it meets federal “supplement, not supplant” requirements.)

And these findings are more than a little embarrassing for Montgomery County, which prides itself on its commitment to “social justice,” and has an explicit policy of sending extra resources to its highest poverty schools. Yet it is bested by Fairfax County (by a little) and Arlington (by a lot).

Let’s look at this question through another lens: Specifically, the perspective of low-income students and parents in the Washington area. What they experience in school is not relative spending but real dollars: How much money does a particular school have to devote to teacher salaries, extra programs, etc.?

So: How much do high-poverty schools in the Washington area spend per pupil, and how does that vary by school system? (Again, we only used data for elementary schools.)

Here’s what we found:

Arlington again earns plaudits for its generosity towards its high-poverty schools, though by our count there are only two of them. High-poverty charter schools in Washington are well funded too, though it’s important to note that they tend to be extremely high-poverty; more than two-thirds of the eighteen charter schools in our analysis top the 85 percent poverty mark. To the extent that low-income students bring extra resources along with them (including federal Title I dollars), the results for Washington’s charter schools make sense. (And note: These numbers are for operational costs only; they don’t include facilities funding, which is where DC’s charters are at a huge funding disadvantage compared to DCPS.)

Note the numbers (again) for Fairfax and Montgomery County. If Superintendent Josh Starr is an “equity warrior,” what does that make the folks across the river?

The big story here, though, is Prince George’s County and its shockingly low spending for its fifty (!) high-poverty elementary schools. The averages are bad enough—spending that is almost 30 percent lower than for DCPS high-poverty schools and almost a quarter less than Montgomery County spends on similar schools. But looking at specific schools makes the picture even more devastating.

Consider District Heights Elementary, which spends just $7,981 per student, although 77 percent of its pupils qualify for subsidized lunches. Compare that to Moten Elementary in the District, which spends $14,723 for each of its students (76 percent eligible for a free or reduced price lunch)—or almost twice as much. The schools are less than seven miles apart.

Therefore, if a low-income mom moves from the District of Columbia to Prince George’s County, and her child attends high-poverty public schools in both locales, her child’s new school will have dramatically lower-paid (and/or less experienced) teachers, fewer special programs, fewer specialists, larger class sizes, or all of the above.

It’s hard not to conclude that Washington’s rapid gentrification—which is pushing many needy families from the District to Prince George’s County—is leading to a very inequitable outcome, at least in terms of school spending.

As Marguerite Roza has argued for years, school systems ought to live their values. If doubling-down on the education of poor children is something these systems (and their residents) support, they need at least to know whether their dollars are reaching the neediest children. Now we know that some of the Washington-area school districts could be doing a whole lot more for their low-income students. And the state of Maryland almost certainly could and should be doing more for Prince George’s County. Who will act to fix these problems?

To find out how we estimated the per-pupil spending of each school in the Washington, D.C. area, see the methodology section of our D.C. Metro Area School Spending Explorer website; once we had those numbers, the next challenge was to understand the relationship between schools’ poverty rates and their spending. The first step was to estimate the “floor” of per-pupil expenditures (PPE) for each district, and then figure out how much extra they spend on low-income students. Elementary, middle, and high schools tend to have dissimilar spending patterns, so we only included elementary schools when calculating estimates. (There are lots more elementary schools than middle or high schools.)

To make our estimates for each district, we regressed school-level PPE against the percentage of students eligible for free or reduced price lunch (FRPL). The spending floor was derived from the result’s constant coefficient. The extra dollars allocated to low-income students were set equal to the FRPL coefficient. (More simply, we scatter-plotted FRPL (x-axis) and PPE (y-axis) for each district. We then calculated the lines of best fit: the y-intercept is the spending floor and the slope is extra spending.)

From there, it was a simple matter of dividing extra spending by the spending floor to find the extra spent on low-income students. It’s a rough estimate, of course, since we didn’t include any controls and we assume a linear relationship. But minus Prince George’s County, Alexandria, and D.C. Charters, FRPL confidence levels were greater than 99 percent. R-squared values were also large, with Montgomery County at the low end (.24) and Arlington at the high (.85). Because of this analysis’ descriptive nature, the lack of significance and the low R-squared values for the other three districts is not a problem. The numbers are low because none have a strong pattern of progressive expenditures, school-to-school. With a coefficient of 192.6 and an r-squared of -.008, Prince George’s County’s pattern isn’t just weak—it’s nearly non-existent.

Matt Richmond is a research analyst at the Thomas B. Fordham Institute. Matt’s work incorporates an even mix of quantitative and qualitative methods, primarily on special education and school staffing patterns. Recently, his interests have included the Institute’s “pathways out of poverty” project and issues of …