When reformers get disruptive 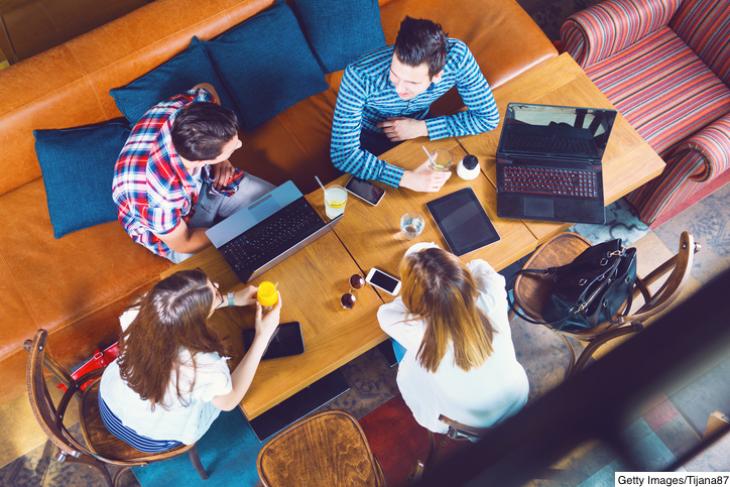 As regular readers know, I’m in the middle of a series of posts exploring how education reformers can work to improve learning besides pushing for policy changes. One way is to spur “disruptive innovations” that target students, parents, and/or teachers directly.

Clay Christensen and his acolytes would surely disagree with my use of that term. His definition goes as follows: “A process by which a product or service takes root initially in simple applications at the bottom of a market and then relentlessly moves up market, eventually displacing established competitors.”

I’m ambitious, but not quite that ambitious. Sure, I’d love to disrupt the traditional education bureaucracy and replace it with a system of high-performing charter schools. That might be doable one day—at least in our major cities and inner-ring suburbs, where student need is greatest, the population is dense, and existing district schools are the least defensible. But in America’s affluent suburbs, exurbs, small towns, and rural areas, I think the “system” is here to stay for the foreseeable future. There’s just not enough appetite in those places for something very different.

What I’m interested in today is how to work around that system and cut out its middle men (and women), such as superintendents and procurement officers. (Future posts will discuss possible strategies for improving the system via stronger leadership, the more resolute use of evidence, and better instructional products.) How can reformers, entrepreneurs, and philanthropists “disintermediate” school districts and provide valuable services to students, parents, or teachers directly? What innovations are already underway, and what others might be pursued in the future? Let’s tackle each of those groups one at a time, starting with kids.

Take it to the tots and teens

Schools have never had a monopoly on teaching. Children have always learned plenty of stuff from their parents, communities, churches, and friends; for the past five hundred years, many of them have also had books to turn to. And recent decades have brought educational television, an underappreciated technology with proven results and massive reach.

The Internet, of course, ramps up the possibilities. And as Julie Petersen—a writer, editor, and communications strategist—told me, there is a lot of venture capital going into apps, games, and tutoring platforms that are “student-facing” and being sold direct-to-consumer (or available for free).

Khan Academy is the best-known “disruptor” in this class, and for good reason. According to a 2014 implementation study by SRI, Sal Khan’s initiative was already attracting 6.5 million unique users per month in the United States alone. I’m particularly intrigued by its new partnership with the College Board, which allows students to use their PSAT or SAT results to find free, targeted help through Khan Academy. In the lead-up to the new SAT, administered for the first time in March, over one million students used Khan’s official SAT practice modules. And it wasn’t just affluent kids in hothouse high schools logging on; usage was even across all major demographic groups.

Khan is great, but it’s been fairly limited to date. It offers nothing for young kids, for instance. For that market, PBS Kids has a natural advantage, providing a whole suite of video content, games, and interactive features that are great complements to school-based learning. (At eight, my elder son has learned much more science from Wild Kratts and the like than from the Montgomery County Public Schools.) Other good sources are Brain Pop and Brain Pop Jr. and National Geographic, both for videos and for interactive activities. Tinybop has created several “strange and beautiful” apps that make learning fun for preschoolers. Older kids can get a lot out of Ted Ed or the Art of Problem Solving or Duolingo (for learning languages); many younger kids enjoy the Age of Learning’s products. (That company boasts over a million subscribers who pay $7.95 a month.) We at Fordham have even tried our hand at compiling good streaming videos from across the interwebs. And of course, don’t forget about the learning potential of games like Minecraft.

Still, there’s plenty left to do. Are you a funder or reformer who cares about, say, a content-rich curriculum? Especially stuff that kids aren’t learning much of in school, like geography or the imperative of financial literacy? While you’re seeking to get the system to change its ways and make those things a priority, why not develop engaging instructional products that kids can find online themselves, with videos, games, social interactivity, and more? Not surprisingly, that’s what the “teach coding” people are busy doing.

Another idea: kid- or teen-centric podcasts. Imagine you want to help first-generation students make it through college. Why not develop a compelling weekly podcast, produced by and for teenagers, with tips and inspiration? Do you worry that there’s not enough history being taught in our elementary schools? Put together a weekly podcast with teachers, professors, or amateur historians telling fascinating stories about the past in a kid-friendly way. Do the same for science, music, or literature.

The big challenge with this strategy is motivation. College-crazed high school seniors have a clear incentive to boost their SAT scores, and little kids (in my experience) can be easily captivated by compelling videos or clever games. But what about everyone in between? Digital badges might help, but if the system has to decide whether they “count” (for either credit or grades), we’re back to trying to persuade a lethargic, stubborn system. Maybe someone could figure out the education version of Fitbit rewards programs. (People can earn coupons, gift cards, or even cash for completing fitness goals.) What if kids could earn points by completing digital badges—or just showing up at the library—and could redeem them at toy stores or local fro-yo joints? Another possibility: Leverage positive peer pressure. That’s the strategy being used by Peer Forward, a project of College Summit, which trains teens to take the lead on college and career access goals for their schools. Brain Chase, which the Charter School Growth Fund’s Alex Hernandez has used with his own school-age twins, turns academic achievement into a visceral adventure.

It’s not just learning tools that could target students directly. There are also big “disruptive” opportunities in empowering them with information. To take one example: Common Core-aligned exams are finally delivering honest (if often sobering) news to kids about whether they’re on track for college and career. The “score reports” coming from the states are better than they used to be. But they’re still not clear or compelling enough, I would argue, for the message to really hit home. Here’s an idea: a website where an elementary or middle school student could enter his standardized test score, and maybe his GPA, and be informed by an algorithm what kind of a college he’d be on track to attend. For lots of young people, alas, the answer would be no college at all, at least without remedial education. It would then point them to resources (like those above) to help them boost their learning and their grades.

And what about the other half of college and career readiness? Michelle Obama is currently promoting the Reach Higher Career App Challenge; its five finalists are offering a variety of tools to help teens map their route into promising jobs. Hats and Ladders, for example, is “a game-based app that supports middle and high school career exploration with swipe-to-choose self-assessments, connected activities, and mini-challenges.”

You get the idea. Imagine: There are millions of students out there, bored at school but yearning to learn. Reformers, give the kids what they want!