When it comes to ed reform, a "good" year is subjective. Very subjective. 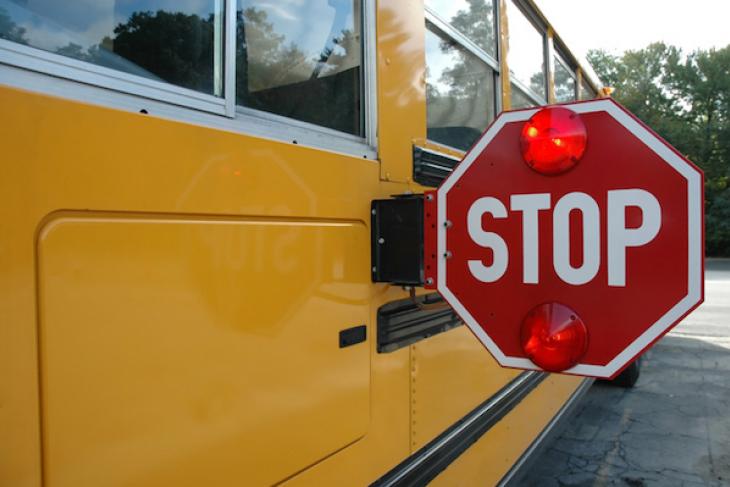 To kick off the month, the Fordham Institute’s Michael Petrilli boldly proclaimed that “the year since the 2016 election has been surprisingly good for education reform.” While I’d agree that the successes Petrilli singles out in places like Colorado and Illinois are impressive (and while I generally know better than to tell Mike he is wrong), I can’t help but bristle at his conclusion.

Issue one: We are defining education reform success largely based on charter school victories. Yes, school choice is, and has always been, a major component of the ed reform movement. But it isn’t the only issue. When upwards of 94 percent of public school students attend traditional public schools, how can success be measured solely on successes affecting just 6 percent of students? Is it good that so many students—particularly those in urban and rural communities—still don’t have access to world-class schools that prepare one for college and career? When one-third of fourth graders still cannot read at grade level by the start of fourth grade, is that grounds for a good year?

Issue two: Because ed reform is viewed through the charter school lens, the focus is almost exclusively on operations, not on teaching and learning. Victory is declared when additional charter seats are added, funding formulas are adjusted, and strict teacher evaluation models are put into place. But all this leaves almost no time to discuss needed reforms to actual teaching and learning. While Fordham has long discussed such issues, many reformers simply have not. Operational issues are great, but if we aren’t improving teacher preparation, if we aren’t better supporting teachers in the classroom, if students aren’t exposed to research-based instruction, what is the true impact on learning? Even when outcomes are measured, is a single, summative assessment adequately measuring real student learning? Are we improving education or just re-arranging the deck chairs?

Issue three: We are drawing the finish lines after the race is run. Ed reformers are quick to call for accountability and transparency for schools and school districts, but do we always adopt the principle ourselves? As we entered 2017, was the ed reform community clear on its goals? Petrilli counts the defense of ESSA accountability provisions as a win for the community. But how many reform groups made them a goal for the year with their funders? With their supporters? With the public? It’s easy to point to successes as proof of a good year, but how many opportunities were squandered through the past twelve months? Without clear goals and measures of those goals, the reform community can never hold itself accountable.

Issue four: The lost opportunities are significant. Perhaps the biggest education reform issue of 2016 was the discussion of equity coming out of the New Schools Venture Fund summit. Where is the progress there? When Teach For America, once the darling of ed reform, emphasized equity this past year, half of the reform community turned on it, accusing it of abandoning the true reform fight. The reform community has largely been silent as attacks on free speech have gripped every institution from elementary school to university. And while there is great eagerness to applaud “in the moment” victories, what of their long-term impact?

What do I mean by that? In 2012, I was fortunate enough to be part of an effort to bring about the most significant education reforms ever seen in the history of the state of Connecticut. Epic increases in the number of charter school seats and per pupil expenditures. A teacher evaluation system. A statewide network to turn around the lowest-performing schools and school districts. Early childhood education commitments. The list goes on. During the last five years, though, most of those reforms have been reversed, with those hard-fought victories being lost in subsequent years’ replays. Are such losses of wins good for reform?

I don’t seek to diminish Petrilli’s larger point that there are gains being made when it comes to expanding high-quality charter schools and improving standards-based reforms. Those have long been at the top of the reform agenda, and they remain there today. I seek to declare that such broad categories are insufficient today.

Just as we seek from schools, teachers, and students, we need quantifiable goals and clear metrics for measuring their achievement. Ed reform needs to hold itself accountable, even if that means admitting to setbacks, losses, or achieving bupkis. It means focusing on what is needed—even messy issues such as instruction—not just on cut-and-dry operational issues.

Recently, Rick Hess and others have voiced the need to reexamine and refocus education reform. Such a call is long overdue. When we congratulate the reform community for select successes, we give the false impression of lasting progress and impact. And taking those 6 percent of kids currently in charter schools today out of the equation, it’s incredibly difficult to see how the state of public education is demonstrably better than it was a few years ago.

Yes, these may just be the rantings of a recovering education reformer. But if these are the beliefs of a critical friend, imagine what the average elected official, parent, educator, or taxpayer is thinking of the state of education reform today.

Patrick Riccards is the chief communications and strategy officer for the Woodrow Wilson National Fellowship Foundation and author of the Eduflack blog. He was CEO of the Connecticut Coalition for Achievement Now from 2011–13.