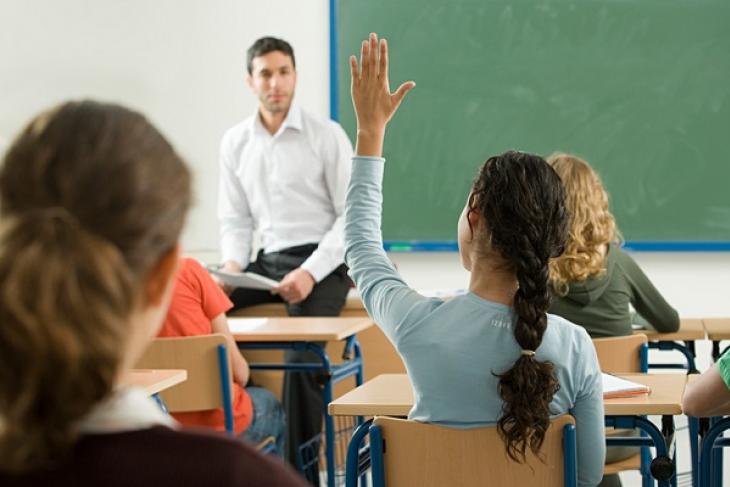 University of Pennsylvania law professor Amy Wax has a provocative lead essay in the latest issue of National Affairs that warrants thoughtful attention by all concerned with boosting the educational opportunities of poor and minority youngsters. (Isn’t that just about everyone in education these days?)

She compares and contrasts the “no excuses” model of charter schools with sundry “diversity” initiatives—mainly socio-economic mixing à la Rick Kahlenberg—and finds the former possibly more effective and definitely more politically viable. “Educational efficacy,” she writes, “is not the only consideration in deciding which of these strategies should be favored and how much society should invest in each. In assessing the feasibility of these models, pragmatic and political considerations loom large.”

Professor Wax doesn’t overstate the results of no-excuses charters, candidly acknowledging the lack of long term data on such key measures as college completions. She also shares the surprising (at least to me) factoid that few graduates of Eva Moskowitz’s acclaimed no-excuses charter middle schools have gained admission to New York City’s selective-admission high schools. (None in 2014 or 2015, just six last year.) She admits that it’s hard to “scale” the no-excuses model, largely due to the paucity of capable, committed staff—and she recognizes the teacher burnout problem. On balance, however, she tends toward the view that no-excuses schools will turn out to have stronger impact on kids’ life prospects than efforts at forced diversity via economic integration.

Turning to that type of educational intervention, she states bluntly that its political and logistical impediments are even greater than those facing no-excuses charters—and suggests that those impediments exceed the likely benefit to children.

“The income-integration model,” she writes, “has significant practical shortcomings, the most important of which is demography… The obstacles to shifting students out of low-income schools to more middle-class settings are formidable.” She adds that in many urban settings there aren’t enough middle class children to go around, and that “even in the locations where income mixing is most feasible, integration can prove unstable.” Worse, she finds no persuasive evidence that going to school with poor kids does no behavioral or academic harm to middle class kids. As for the benefit that disadvantaged students draw from such mixing, Wax observes the “frog pond effect” whereby poor youngsters placed in more affluent institutions tend to lose out in the competition for grades and social standing, resulting in lesser self-confidence and emotional well-being.

Probably the most thought-provoking portion of Professor Wax’s essay is her discussion of how both models—no-excuses and income mixing—“assume that, to succeed in school and in life, poor children need to be taught bourgeois, middle-class values—and socialized away from their culture of birth.”

This is, of course, a “highly controversial and unpopular stance, especially on the left,” and it’s one that supporters of income mixing are generally able to mask from view, “couching these predicates in euphemism and indirection. But once income mixing actually occurs, the cold realities of race and class disparities cannot long be suppressed.” Ultimately, Wax says, “proponents of income integration must deal with the cognitive dissonance created by the model’s foundational premise, which is that disadvantaged students’ habits and attitudes are deficient and will be improved by immersion in a superior environment, [versus] discomfort with the idea of class-based cultural differences.”

Proponents of the no-excuses model, by contrast, don’t have to deal with cognitive dissonance, as they’re transparent with the assumption that their students need to embrace a new set of values, norms, and aspirations. Which doesn’t necessarily make their task any easier, for they must grapple openly with those—both on the progressive left and in minority communities—who are openly hostile to cultural judgmentalism and imperialism.

It’s probably just as well that Wax isn’t (to my knowledge) planning to speak at Middlebury anytime soon, for she also bravely tackles the question of school discipline. There, she concludes—as do I—that policy-driven efforts to suppress forceful discipline by teachers and principals result in more disruptive youngsters remaining in more disrupted classrooms where they distract, upset, and diminish the effectiveness of teachers, interfere with classmates’ learning, and drive more families with well-behaved children to flee to whatever better options they can afford. This inevitably shrinks the number of middle-class students who remain to “integrate” with disadvantaged pupils.

The enormous social-engineering effort required to achieved income integration and the turmoil and tension that it often generates argue against a large-scale push to manipulate public-school demography… The no-excuses alternative, in contrast, is better equipped to negotiate the tensions between uplift models and progressive commitments, and to deal with the persistence of race and class differences. Such schools educate mainly low-income students, which renders socioeconomic disparities less salient… Because students and teachers need not constantly confront inequalities that are the product of large social forces, the embrace of active acculturation can proceed without apology to beneficiaries or benefactors.

Do please read the Wax essay and ponder. Having done so, I think she’s right.