Watch out, reformers, you're about to get DeVossed 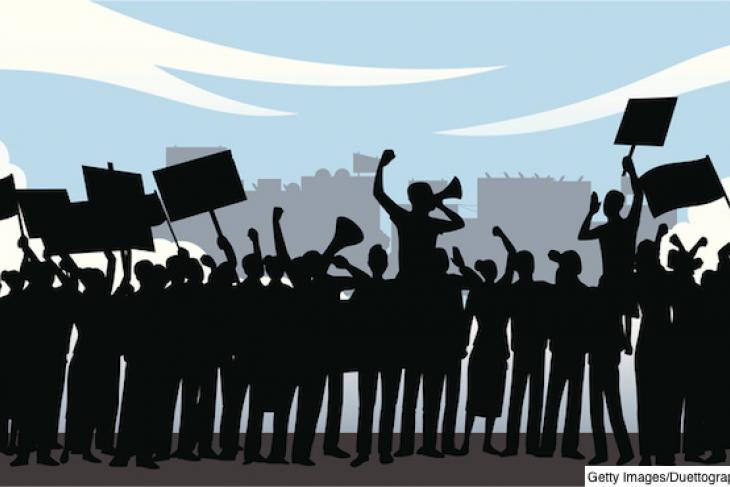 Five years ago, I felt like public enemy number one when it came to education. Despite my fifteen years in education policy, including time spent chairing a local school board, and my standing as a father of two school-aged kids in public schools, I was accused of single-handedly trying to destroy public education in Connecticut.

As I helped lead the fight for the most significant education reform legislation in the Nutmeg State in a generation, I had my tires slashed at a public event. My kids’ teachers, when I went to school to volunteer, literally refused to speak to me. I was depicted in the media as everything from Penguin the Batman villain, to a carpetbagger, to a Klansman. And I was branded a privatizing profiteer, seeking to get rich off the backs of poor children and overworked teachers.

Essentially, I was “DeVossed” before getting DeVossed was cool. I was deemed an outsider because I had never been a classroom teacher, and I was trying to disrupt the status quo in public education. It didn’t matter what background and experiences I brought to the discussion. It didn’t matter that I had a history of successfully working with teachers and teachers unions. All that mattered to my opponents was that a non-educator was talking teacher quality, school choice, early childhood education, and parent engagement. Fortunately, my colleagues and I were still able to push through significant, beneficial reforms.

The “resistance” to Betsy DeVos was motivated by similar sentiments. Yet it, too, was unsuccessful in defeating her confirmation. Despite all the protests, phone calls, emails, and vitriol, DeVos is now the U.S. Education Secretary. And we’ll soon see her vision for the future of public education and what that means for traditional public schools, charter schools, parochial schools, and even homeschools. We know almost nothing of what will come, other than more power for states, more voice for parents, and likely more discomfort for teachers unions.

As EdSec, one of the first jobs DeVos ought now undertake is that of public educator, as in one who educates the public and, I hope, the education reform community about what to do—and what not to do—if forward progress for our children remains an urgent national priority. Her experience, and the experiences of reformers before her, speaks to the need to diversify the discussion, focus more on substance, and stop painting teachers as the problem. Here are a few suggestions for the reform curriculum going forward.

Lesson one: Diversify your Game

While in Connecticut, I would commonly respond to questions about charter schools by noting that fewer than 3 percent of Connecticut public school students were in charter schools, and advising that our time was better spent talking about more important issues like teacher quality and standards. While this dumbfounded my allies, it was always intentional. The public needed to hear that education reform was about all kids, not just 3 percent of them. We successfully passed comprehensive policies—including major increases in both charter seats and per-pupil expenditures for those seats—by not always talking charters. A diversification of issues meant that more folks boarded our boat. Social-emotional learning, effective reading instruction, next-gen science needs, and other such topics should be central to any and all school improvement discussions.

It is no longer enough for reformers to believe they are the “smartest people in the room”; they have to start showing their work. Truly understanding the differences between growth and proficiency matters, as does appreciating the differences between high-need urban and high-need rural schools. That means that future discussions of true school improvement have to be about more than school structure, operations, and funding. We need to start talking about instructional content—not just who is teaching but what they are teaching, why they teach it, and how to ensure students are actually learning it. Despite all of our criticisms of the status quo in public education and its poor outcomes, too many of our solutions focus on inputs and processes rather than on outputs.

We’ve long known that teachers are a strong, dedicated force in America—DeVos’s squeaker confirmation just reaffirmed that. But in reformers’ zeal to identify an enemy, too many opted to place the blame largely on the shoulders of millions of hard-working educators. Talk to a parent about what is needed in the schools, and they invariably will reference a conversation with their child’s teacher. If one wants to try to thread the needle by saying the fight is not with teachers, it’s with unions, fine (it is an argument I once tried to make). But legislators, community leaders, and parents—all necessary for real change—won’t buy it. They should, but they don’t. Teachers unions aren’t going away. Ed reform’s merely managed to repeatedly poke a bear it can’t bring down. (Sorry, necessary bear metaphor.)

Education reform itself is in dire need of reform. From the paucity of victories in recent years, to the growing number of groups doing and saying the exact same things as their predecessors, to the significant sums of money spent simply to “fight the good fight” without a reward, it is clear the the old model isn’t working. The DeVos process only provided a clearer blueprint for how to oppose such changes and turn communities, states, and even the nation against needed improvement.

The reform community can either learn from the past few years—and particularly the past few months—or it can stand by the dogmatic approaches that are struggling to resonate with policymakers, parents, advocates, and educators. The choice seems easy, no?

Patrick Riccards, a recovering education reformer, is the chief communications and strategy officer for the Woodrow Wilson National Fellowship Foundation and is the author of the Eduflack blog.