Vouchers have changed. Maybe your position should change, too. 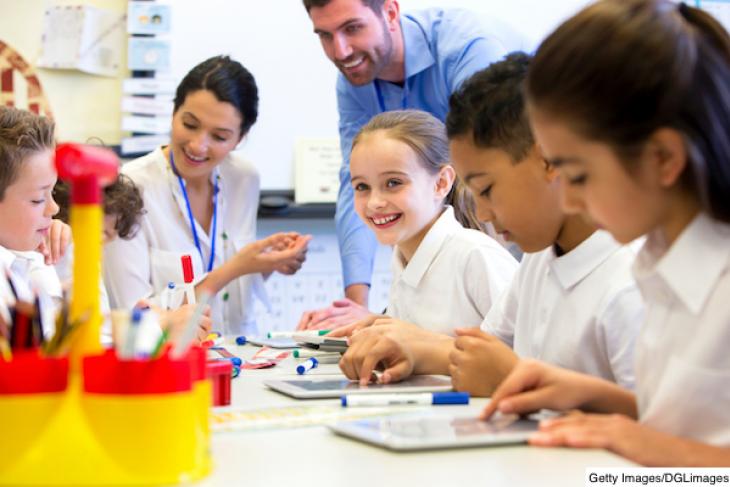 The one-week delay in Betsy DeVos’s confirmation hearing gives all of us extra time to speculate about her position on this or that wrinkle in federal education policy, and for the politicos to practice their attacks and counter-attacks. All in all, it’s quite a spectacle.

But one useful outcome of this process is already apparent: It has surfaced an important debate about the appropriate contours of school-choice policy. As I argued last month, my sense is that the differences within education reform’s big tent aren’t as significant as the commentary might let on. We all support giving parents the power to choose schools other than those assigned to children by their local district; the question is how wide their range of choices should be.

It also appears to me that some of the differences of opinion come from an out-of-date understanding of various choice mechanisms. Most significantly, some of our friends—as well as our foes—have an iPod-era view of vouchers that needs to be brought into the Uber-age.

I’m referring to the oft-cited misconception, most recently repeated by Senator Elizabeth Warren, that voucher schools are “unaccountable.”

That may have been the case decades ago, when vouchers first burst onto the scene in Milwaukee and Cleveland. Participating students were not generally required to take exams—certainly not state exams—and even if they were, the results were not released by schools in ways that would inform parental choices or lead to administrative actions for chronically low performing schools. And, to be fair, that’s still the case for some voucher and tax credit scholarship programs, where test-based accountability requirements remain light to nonexistent.

But what some voucher-doubters might not know is that the newest and biggest voucher programs—those in Louisiana and Indiana—now have significant accountability provisions that are arguably even stronger than those found in many state charter programs. That’s no accident. Pro-school choice lawmakers adopted these charter-like requirements because some of us accountability hawks and advocacy groups like Howard Fuller’s Black Alliance for Educational Options and, yes, Betsy DeVos’s American Federation for Children pushed for them.,

In Louisiana, participating private schools that serve more than forty voucher students must administer all of the state tests to them. They then receive a “scholarship cohort index” score that’s used to determine whether they can continue to accept new students. Louisiana state superintendent John White has already triggered the provision to keep several schools from accepting new voucher-bearing pupils.

In Indiana, schools must administer the Indiana Statewide Testing for Educational Progress assessment and report their graduation rates to the states. These data are used to determine each private school’s A–F rating—just like their public school counterparts. If a school is rated a “D” or “F” for two or more consecutive years, it becomes ineligible to accept new scholarship students. (The information about these voucher programs comes from the American Federation for Children’s school choice yearbook.)

So if you oppose vouchers because of lack of accountability, it may be time to change your position.

But I can also defend selective enrollment on the merits. We’ve allowed selective-admission “exam schools” to operate within the public education system for over a hundred years. We don’t blush about selective enrollment at the higher education level. And we know that many low-income students—especially strivers and high achievers—are not well served in classrooms with students that are three, four, or five grade levels apart at any given time, or that are overseen by administrators unwilling to enforce discipline standards. Giving low-income students the chance to be in an environment with high academic and behavioral standards strikes me as a victory for equity, not a loss.

As for religion, I surely understand the discomfort many have about un-separating church and state. Yet, again, we tend to be inconsistent on these matters. We let churches run Head Start centers and Pell-eligible colleges and universities. So it’s OK for four year olds and eighteen year olds but not for kids in between?

More compelling, though, is the evidence that religious schools can provide important social capital and character development to students, especially when their larger communities are struggling with a lack of healthy institutions and moral authority.

Catholic schools, in particular, have long been flagged by social scientists for their strong graduation and college-going rates. These worthy long-term outcomes—which tend to be more significant in people’s lives than any short-term test-score gains—likely reflect Catholic schools’ focus on discipline and character as much as academics. In the early 1980s, James Coleman and his colleagues found that Catholic-school students were significantly more likely to report that their schools’ approach to discipline was “excellent or good” than their public-school peers. Later research by Anthony Bryk confirmed this view with Catholic-school administrators, who were much less likely to report student-behavior problems than their public-school colleagues.

A 2012 study by David Figlio and Jens Ludwig found that Catholic high-school students were less likely to participate in risky behaviors, including teen sexual activity, arrests, and the use of cocaine. They speculated why this might be so. One possibility is the most obvious: Catholic schools put the fear of God into their students. Religious instruction, said Figlio and Ludwig, “could affect students’ ‘tastes’ for misbehavior, or increase the perceived costs of misbehavior by defining a number of activities as sins that have eternal consequences.” And of course there is the role of positive peer pressure—by “exposing them to more pro-social peer groups,” particularly by selecting out and/or expelling students more likely to engage in risky behaviors.

I would never require students to attend religious schools. But neither do I see the moral argument for barring them from such schools, just because of their parents’ inability to pay.

So if you find yourself with spare time on your hands while you wait for the big confirmation hearing, consider doing a little homework about the voucher programs you think you oppose. You might come away with a new appreciation for their work, and maybe even a new position going forward.