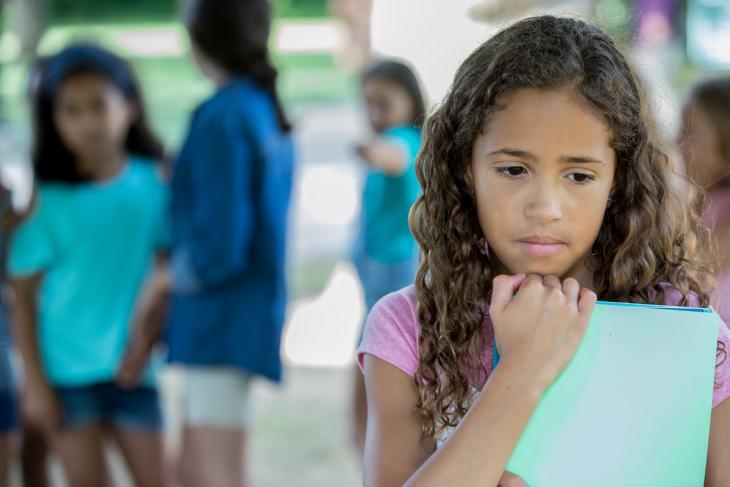 There’s an old Mark Twain saying that there are “lies, damned lies, and statistics.” But without any statistics to support its point, the U.S. Commission on Civil Rights has stamped its imprimatur on the central lie of school discipline reform, that “students of color as a whole, as well as by individual racial group, do not commit more disciplinable offenses than their peers.”

If true, this would be astonishing. Black students are disciplined at more than three times the rate of white students. If their actual rates of misbehavior were precisely statistically equal, then the only explanation for the discipline disparity would be that teachers and administrators are tremendously, deplorably, and irredeemably racially biased.

But even the commission’s chair, Catherine Lhamon, won’t defend the claim. When Washington Post reporter Laura Meckler pointed out that the commission’s report, “Beyond Suspensions,” contained no citations that actually supported this point, Lhamon fell back to the position that the statistical disparity in school discipline “is not explained by differences in behavior.”

As I have covered in my review of the literature, there are several studies suggesting that the disparity is not entirely explained by differences in behavior. But as researchers have made more rigorous efforts to control for behavior, the remainder that could plausibly be attributed to teacher racial bias has shrunk dramatically.

In several studies, it has vanished altogether. One that used national survey data to factor in a variety of student characteristics including prior behavior found that incorporating those controls totally erased the racial disparity. Three studies in three states examining school administrator disciplinary decisions found that student race was not a statistically significant factor.

The open empirical question is whether differences in student behavior explain most or all of the aggregate disciplinary disparity. There are, as Commissioner Gail Heriot pointed out in her dissent, no empirical studies to support the claim that behavior is perfectly equal across racial groups.

But there’s no shortage of data suggesting that it isn’t.

None of this suggests, however, that these differences are attributable to race. Instead, the heartbreaking reality is that black students are substantially more likely to come from single-parent homes, to be raised in poverty, to have received substandard prenatal care, to be malnourished, to be exposed to “adverse childhood experiences,” and to be the victims of abuse and neglect.

To support the claim that behavioral differences do not exist and the entire racial discipline gap is teachers’ fault, the report cites a 2002 study by Russell Skiba, which is frequently cited by discipline reform proponents to support the claim that there are not genuine behavioral differences by race. But when I emailed Skiba to inquire about the claims made on behalf of this study, he readily admitted that his analysis “does not allow one to come to any conclusions about whether Black students misbehave more or less than their White peers.”

Unfortunately, the commission’s report routinely cites studies that do not support the claims made in their name. To support the claim that suspensions lower student academic performance, for example, the report cites a study—arguably the most rigorous one on the question—that shows that suspensions have a statistically significant positive effect on achievement for the student who was suspended.

Teacher surveys in more than a dozen districts suggest that teachers do not believe that these policies work in practice. The report does not cite them.

When teachers are provided an opportunity to speak anonymously on the effects of the reforms endorsed by the commission, the same horror stories are told in districts from Buffalo to Oklahoma City to Fresno: Principals refuse to administer discipline for anything except violent offenses (if even then), and teachers are left without any authority to stem a rising tide of disruption.

But teachers will not speak out against these policies on the record—partly because doing so would invite retaliation from their principals. And partly because doing so is certain to court accusations of “racism” from politically correct bureaucrats, activists, and Twitter trolls who hew to the falsehood now propagated by the U.S. Commission on Civil Rights.

Commission Chair Catherine Lhamon told the Washington Post that, “my very strong belief is that all of us have implicit bias. No one is exempt.” Perhaps not—least of all her and her colleagues.

They have produced a report making a sweeping empirical claim without providing any evidence to support it, and endorsed a policy agenda while literally ignoring all rigorous evidence suggesting it does more harm than good. This is either—more charitably—a compelling case study in confirmation bias or—less charitably—willful fraud. Either way, it is a discredit to a commission that purports to be an arbiter of civil rights.

America has a long, shameful history of interest groups who distort social science to promote their strongly held beliefs on race at an untold cost to citizens of color. Unfortunately, rather than rectify the legacy of these groups and their policies, the U.S. Commission on Civil Rights has apparently determined to write itself in as the latest chapter in this tragic story.