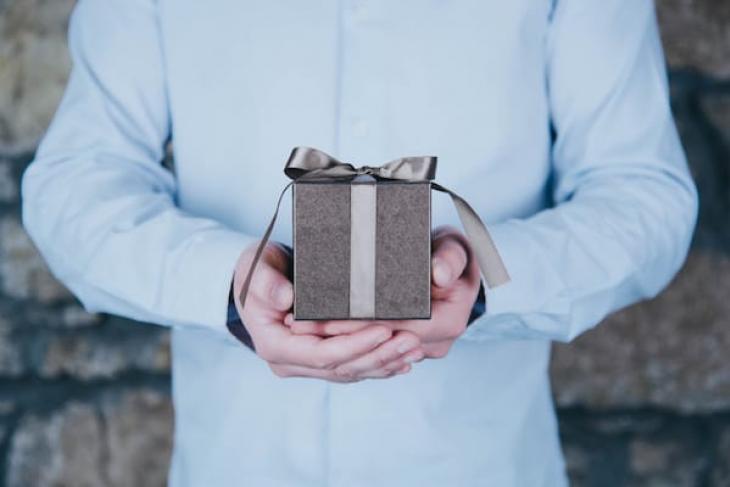 Just before Christmas (or about ten thousand news cycles ago) the Trump administration took the widely anticipated step of reversing the Obama administration’s much-debated guidance on school discipline, the essential goal of which was to pressure school districts to address the well-documented and longstanding racial disparities in suspensions and expulsions.

The context for that decision—and in particular, the spurious link between federal policy and the tragic Parkland massacre—put yours truly in an unusually tight spot, even for a guy who splits his time between liberal politics and a conservative education think tank. Yet despite the nightmarish politics, I agree with the decision more than I disagree with it. At best, pressuring districts to equalize their suspension rates is a recipe for gamed data and an overly politicized debate. And at worst, it could have unintended and potentially serious consequences for students (though the latter are speculative).

Regardless, the decision is a setback for discipline reformers, a group I would be happy to join if it would get its act together. So where should reformers go from here? What strategy should they pursue in a country that somehow elected both Barack Obama and Donald Trump?

Herewith is my unsolicited advice for the folks who ought to be winning me over.

1. Be honest about the problem

In my personal experience, almost nobody really believes that African American, Hispanic, and low-income students, or students with disabilities, exhibit the same rates of misbehavior as wealthy, white, or Asian students, or students without disabilities. However, a significant number of well-meaning people do believe that publicly acknowledging such differences does more harm than good.

Doubtless that belief is well-founded when it comes to cable TV and print media, which routinely traffic in problematically reductive imagery. But it’s a dubious foundation for public policy, where reality bites.

Is it really so hard to admit that—thanks to our nation’s tragic history and an extraordinarily complex set of risk factors—including but not limited to poverty, family structure, mass incarceration, lead paint, teen culture, et cetera, et cetera, and so forth—black students are on average more likely to misbehave than white students? Would America really be more broken if discipline reformers admitted as much?

The term “politically incorrect” has gotten a bad rap in recent years, thanks to its increasingly close association with bona fide examples of the various “isms.” But the debate over school discipline shows why it’s worth reclaiming: Politically correct problems lead to politically correct solutions, which are nearly always suboptimal.

2. Don’t make it about racism

Like many observers, I suspect that some portion of the disparities in observed suspension rates reflects the implicit or explicit biases of America’s teachers and administrators. But unfortunately, proving as much is basically impossible. And of course, actually correcting such bias is extraordinarily difficult, since the mental heuristics underlying it are essentially hardwired.

Obviously, the Office of Civil Rights has a duty to vigorously investigate complaints. But we can’t use “big data” to systematically identify—and then eliminate—suspensions that are the result of bias. Hence, the by-now-well-oiled pivot to the “disparate impact" theory of discrimination enforcement—under which administrators could be subject to a civil rights investigation if their data showed significant racial disparities in the use of suspensions or expulsions, and could theoretically be found guilty of violating federal law even if they had race-neutral discipline policies that were being applied even-handedly.

Although I’m sympathetic to the logic of disparate impact in other circumstances, I don’t think it’s a very useful way of thinking about school discipline. For example, there’s a huge difference between voter fraud (which is incredibly rare) and student misbehavior, which is an invisible crisis. Furthermore, because our education system is highly segregated, well-meaning teachers in predominantly black schools must often balance the interests of their most challenging students against those of the black majority. So a disparate impact approach to school discipline just doesn’t have the same moral implications as it does for housing, where the economic “benefits” of discrimination flow to mostly white homeowners.

Suppose, for the sake of argument, that at least some black students receive unnecessary suspensions due to individual or institutional biases, and that suspensions have at least some negative impact on suspended students (as seems likely). Clearly it follows that “too many” black kids are suspended. But it doesn’t follow that we should equalize suspension rates unless we believe racism explains most or all of the suspension gap, or we think suspensions are unambiguously bad—meaning there are no potential benefits or unintended consequences to consider.

And of course, if we really think suspensions are unambiguously bad, we should eliminate them entirely.

Why not eliminate suspensions entirely? After all, we know that kids need stability, that most suspended students don’t spend their time away from school reflecting on their misbehavior, and that such students are very likely to misbehave again when they return to the classroom—and then get suspended again. All of which suggests that suspensions are an unsatisfactory solution to the problem of serious misbehavior.

One common response is that we need to get disruptive students out of classrooms. But that’s an argument for “in school suspensions,” or perhaps for more “Alternative Learning Centers,” or expulsions for chronic offenders. Similarly, many defenders argue that suspensions send a message to parents and other students that certain behavior is unacceptable. And there’s something to that, according to teachers. But suspensions aren’t the only way to send such a message either. So why use them?

One fundamental problem is that it’s hard to construct a legal framework that appropriately prioritizes the majority’s right to an education without sacrificing the rights of individual students. So we tend to err on the side of individuals, leaving despairing teachers and principals with little alternative to kicking the can down the road in the absence of a long-term solution.

Another fundamental problem is that public resources are limited, and adequately supervising the most disruptive students is expensive. So in practice, some schools just don’t have the resources to make “in-school suspension” or “ALC” a tenable destination for every occasional or serial disruptor, much less a meaningful form of rehabilitation.

In short, the average low-income school’s discipline policy is a classic kludge—part workaround, part triage, and about as “effective” as each of those labels implies.

4. Fund that mandate—or better yet, don’t have one

Unsurprisingly, rates of in-school suspension (ISS) have spiked in many districts that have reduced their rates of out-of-school suspension (OSS). However, because of the aforementioned utopianism, we don’t seem to talk about it very much. (Where are the detailed explanations of how ISS should be organized and staffed?)

Even more taboo are the more unsavory “alternatives” that keep popping up in major urban districts where reform has been attempted. So sure, revise district policy to reduce the number of suspensions. But don’t be surprised if, absent additional resources commensurate with that ambition, they are subsequently underreported or reclassified, or if the length of the average suspension increases, or if there’s a mysterious spike in serious incidents or expulsions.

Better yet, given the difficulty of determining how much funding is “enough,” and the very real possibility that no amount will be enough in the toughest schools, just use all that new money voters have entrusted you with to hire a bunch of teaching assistants, or ISS or ALC coordinators, or mental health counselors in the most underserved or underfunded schools without mandating that they lower their suspension rates—and then see how much those rates decline organically, when the teachers in those schools are given a fighting chance.

I know that last paragraph will rub some die-hard reformers the wrong way. But if you’re concerned about equity, the thing to do is soak the rich, not implicitly tax the almost-as-poor. So given the choice between another unfunded and arguably unenforceable mandate and just throwing some more money at the problem, I choose the latter—at least for higher grade levels.

5. Stop free-associating, get specific, and proceed with caution in grades six through twelve.

As experienced readers know, most real progress is incremental. Most active policy debates revolve around painful trade-offs. And most new ideas don’t work. So in general, we should resist the urge to do “something” because if feels like we’re not doing enough.

Consider the standard list of “restorative” practices, which includes both “proactive circles” that let students “share their feelings and build trust” and “reactive circles” that aim to piece things back together, neither of which are to be confused with “restorative conferences” that may or may not include friends and family, in addition to the affected students.

That’s at least three different somethings by my count, the preferred combination of which doesn’t seem to work very well, according to a recent study by the RAND Corporation, which found that Pittsburgh’s restorative practices initiative had no discernible effect on arrest rates or suspensions for violent offenses, and a negative impact on students’ perceptions of school climate, as well as the academic achievement of middle school students, black students, and students in mostly black schools. (But hey, at least we did something.)

Similarly, consider the nebulousness of Positive Behavior Interventions and Supports (PBIS), the only “alternative to suspension” for which there is reasonably strong evidence of effectiveness. But only at the elementary level. Spend some quality time with the PBIS website, and you will quickly realize that it’s at least twenty-seven different somethings—from positive reinforcement, to “pre-correction,” to daily behavioral report cards, to mental health and family support counseling. Resources permitting, some of those sound promising. But which are genuinely effective at scale? And at what opportunity cost?

Honestly, I have no idea. And the PBIS website has zero interest in enlightening me, much less the thousands of overburdened principals and teachers who are even now trying to make “it” work.

As a self-identified liberal and a two-time Obama voter, I hate what’s happening to America right now. But between the surplus of wishful thinking and the widespread refusal to confront the obvious tradeoffs, y’all are in real danger of losing me on this one.

Obviously, discipline reform is good. But it’s also bad. And perhaps most importantly, with a little more patience and realism, it could be better.