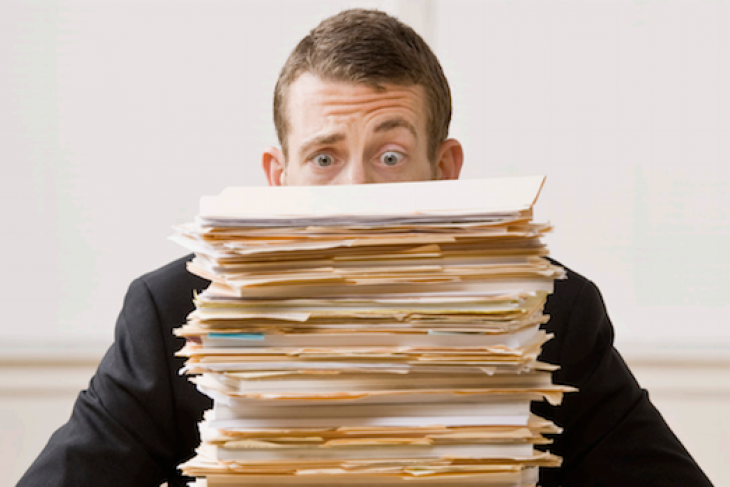 The research on “what matters” when it comes to a child’s academic success has been clear for decades: more than anything else that a school can control, the classroom teacher matters most.

Understandably then, for the past eight or so years, everyone from educators to policymakers to statisticians has expended much effort to define and measure effective teaching. And while they have come to a diverse set of conclusions, it strains credulity to argue that an ineffective teacher should be invulnerable to losing his job.

Unfortunately, once a veteran teacher earns tenure, state and local policy make it complicated and cumbersome to fire him, even if he has demonstrated time and again that he is a poor educator. This seems illogical, or at least counterproductive, since research also shows that achievement would rise, achievement gaps would narrow, lifetime income would increase, and economic growth would surge if we identified and then replaced the bottom 5 or 10 percent of the teacher quality distribution.

Granted, much of what’s been said about the miles of red tape and years of administrative hurdles that comprise the dismissal process of ineffective, veteran teachers is anecdote. We assumed that the rules that govern the process make dismissal difficult once a teacher is identified as ineffective, but we didn’t actually know. A new policy analysis by the Fordham Institute, Undue Process: Why Bad Teachers in Twenty-Five Diverse Districts Rarely Get Fired, goes beyond anecdote and assumption. Instead it scrutinizes relevant policies and practices in twenty-five diverse districts to find out just how feasible it is or isn’t to dismiss an ineffective veteran teacher. (We chose those twenty-five districts because they represent fairly diverse locations, sizes, and political contexts.)

Once a district identifies an educator as ineffective, how direct or circuitous is the line to dismissal? How many barriers are there along the way? And how do different districts compare?

For this work, we enlisted two members of Fordham’s research team, Victoria McDougald and David Griffith. The authors created a metric that built on the excellent work of the National Council on Teacher Quality (NCTQ) and the Education Commission of the States (ECS), which previously codified state laws and district policies (in the form of collective-bargaining agreements and employee handbooks) to answer questions such as how many observations are required for dismissal, whether or not a teacher can appeal a firing decision, and on what grounds. The authors also read and interpreted a number of laws and contracts themselves.

Their findings are revealing and disheartening, if unsurprising. Teachers who receive years’ worth of ineffective ratings are often given multiple chances for improvement and reevaluation, and a single procedural violation by the administration can start the process over again. On a ten-point scale (where ten means it is relatively easy to dismiss an ineffective veteran teacher), not a single district made it to nine or ten. Only one, Miami, earned eight points out of ten, and a mere six districts scored six or seven points—which means that on paper it’s feasible but not simple to fire a poorly performing educator. Most districts fared far worse on this metric: San Francisco, Los Angeles, Chicago, New York City, and Clark County, Nevada make it especially difficult, while policies in another thirteen aren’t much better. The policy analysis showed that in districts across the United States, tenure continues to protect ineffective veteran teachers from performance-based dismissal, the shortest possible timeline for dismissing such a teacher is unreasonably protracted, and dismissal is vulnerable to challenge.

To be clear, we are not advocating for policies that leave the average teacher vulnerable. We are not proposing eliminating the protections of due process, nor are we suggesting denying the opportunity and resources for struggling teachers to improve. We’re talking about removing policy and administrative hurdles to dismissing the worst 5 percent—a nontrivial number, but not a vast throng.

So what can policymakers and educators do? One option is for states to change tenure laws and due-process procedures. That’s not impossible. Some places, such as Florida, North Carolina, and the District of Columbia have completely abolished tenure. Others—including Colorado and Indiana—have provisions such that ineffective teachers lose their tenured status. And still more—including Ohio, Missouri, and New Hampshire—have increased the number of years until a new teacher can earn tenure to five or more.

Districts also have some leeway here. Even if they must abide by state laws allowing for unassailable lifetime tenure, they can shorten dismissal timelines and make evaluations and personnel actions less vulnerable to baseless challenges. In eleven of the districts that we studied—including Fairfax County Public Schools in Virginia and Milwaukee Public Schools in Wisconsin—once a teacher has been determined ineffective by district or state procedures, administrators do not have to wait an additional school year to recommend them for dismissal. Meanwhile, Charlotte-Mecklenburg School District in North Carolina and Mesa Public Schools in Arizona both prohibit challenges to evaluations on any grounds other than procedural ones.

Finally, we must put aside the quibbling over how to evaluate teachers, or at least leave it to the psychometricians to determine. That’s not what this study was about, and it’s not in its scope to propose, defend, or contest any of the existing methods. Rather, we must focus on the end game: however ineffective teachers are identified, and after they have exhausted their opportunities to improve, let’s commit ourselves to making it easier to show them the door.