Last month, the U.S. Department of Education released an analysis of the federal School Improvement Grants program, which invests in persistently underperforming schools with the expectation that they will turn around. The early results of its most recent $3-billion infusion?  “Mixed.”

The event also played out on Twitter. See the whole timeline of events on the event page.

Carmel boarded the carousel first, making the claim that the SIG program has the potential to turn schools around—if we give it more time:

[email protected]educationgadfly Which is an argument for federal humility! #sigsmackdown

[email protected]educationgadfly: I'm curious for Carmel's take on the new SIG models that were proposed under the Senate ESEA renewal bill.

Martin pre-rebuts @smarick: Charters need to be a part of the solution, but can't give up on the public sector

@smarick: 1/6th of SIG schools made double-digit gains in reading. While 40% got WORSE. Is this worth $5 billion? #SIGSmackdown

Jean-Claude Brizard, former CEO of the Chicago Public Schools, gave us all a reality check:

@educationgadfly An important emergent theme is to allow principals & their teachers the flexibility to drive strategy. Amen.

Thanks to all who attended. You can now watch the smackdown for yourself. 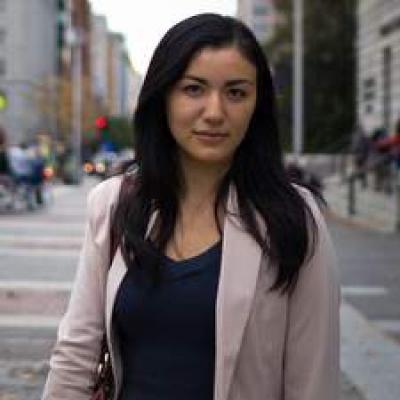 Pamela Tatz is the Fordham Institute’s editorial associate, which affords her the dual privileges of managing the Education Gadfly publication and being the resident grammar czar; she has also worked as one of the office's hard-working research interns. Before joining Fordham, she studied political science and economics at Wayne State University, where her academic interests included…