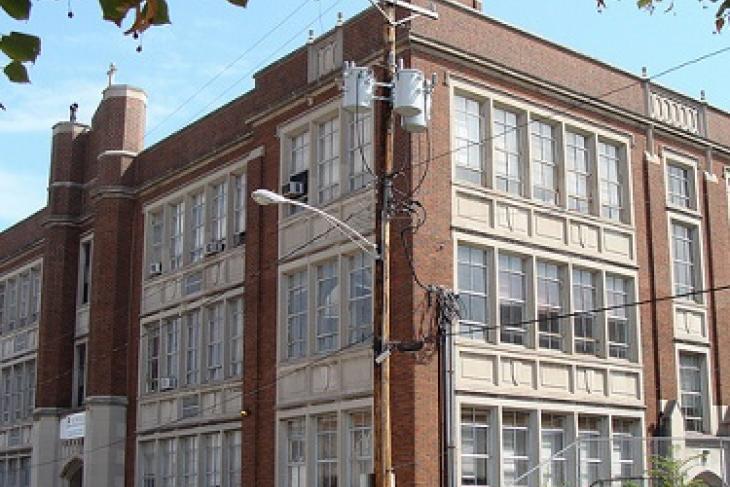 On May 13, Fordham President Michael J. Petrilli delivered testimony before a Pennsylvania State Senate committee. These were his remarks.

Chairman Smucker, Minority Chairman Dinniman, members of the committee: It’s an honor to be with you. My name is Mike Petrilli. I’m the president of the Thomas B. Fordham Institute, a right-of-center education policy think tank based in Washington that also does on-the-ground school reform work in the great state of Ohio. I was honored to serve in the George W. Bush administration; our founder and president emeritus, Chester Finn, served in the Reagan administration.

As a strong conservative and a strong supporter of education reform, I am pleased to speak in favor of Senate Bill 6 and its intent to create an Achievement School District for Pennsylvania. Turnaround school districts are among the most promising reforms in American education today.

Over four years ago, we at the Thomas B. Fordham Institute, along with our friends at the Center for American Progress, began a multi-year initiative designed to draw attention to the elephant in the ed-reform living room: governance. Given its ability to trample any promising education improvement—or clear the way for its implementation—it was high time to put governance at center stage of the policy conversation.

Our “anchor book” for that initiative, Education Governance for the Twenty-First Century: Overcoming the Structural Barriers to School Reform, demonstrated how our highly fragmented, politicized, and bureaucratic system of education governance impeded school reform. One promising innovation it identified was the “Recovery School District” (RSD)—an alternative to district-based governance that became a household name (in policy wonk circles, at least) after Hurricane Katrina pummeled New Orleans. As new state-created entities charged with running and turning around the state’s worst schools, these districts are awarded certain authority and flexibility—such as the ability to turn schools into charters and to bypass collective bargaining agreements—that allow them to cut the red tape that has made so many schools dysfunctional in the first place.

Tennessee policymakers took note of the RSD’s success and in 2011 created the Achievement School District. Michigan has one too, and Georgia is working to create one as well.

It’s not hard to understand the appeal of these Turnaround School Districts. For one: nothing else has worked in the turnaround space, at least not at scale. A recent study found that most states admit to not having the expertise to turn around persistently failing schools.[1] The $4 billion federal School Improvement Grants program has virtually nothing to show for it. (It turns out that throwing lots of money at this problem isn’t the solution.) And, as we at the Fordham Institute found in a 2010 study, bad schools rarely get better, and they rarely die.[2]

That’s because failing schools are, by and large, a creation of dysfunctional school districts. When reformers try to fix the schools, but leave the districts alone, it’s like treating the symptom but not the disease. They might see some short-term improvements, but in the long term, the schools are as sick as ever.

The genius of the Recovery School District and the Tennessee Achievement School District is that they pluck failing schools out of their dysfunctional districts and give them a new lease on life. They pump new blood into these schools with new staffing arrangements. They get rid of the sclerosis of the arteries by cutting through the red tape of overbearing central offices. But they also bring accountability—and a willingness to pull the plug if, despite heroic efforts, the patient still isn’t getting better.

It’s this last part that I’d like to focus on today. Closing schools is sometimes necessary. In the charter sector especially, closure is an essential part of the model: Schools are supposed to perform or lose their contracts. That’s the bargain.

That doesn’t mean it’s easy to put bad schools out of their misery. Part of the difficulty is political, but it’s also a genuine moral dilemma: Are we sure that kids will be better off after their schools close? What is the quality of the remaining schools in their neighborhoods? Most importantly, do students gain or lose ground academically when their schools close and they are obliged to enroll somewhere else?

We know from personal experience how important, even agonizing, these questions are. In our role as a charter school authorizer in Ohio, we have blinked on a few occasions—choosing to keep marginal schools open because we worried that the children attending them might be even worse off if they had to move elsewhere. Were we right to do so?

The high stakes associated with school closures, and the paucity of prior research, led us to explore this terrain ourselves. The result is Fordham’s recent study, School Closures and Student Achievement: An Analysis of Ohio’s Urban Districts and Charter Schools, which brings to bear fresh empirical evidence on this critical issue.[3] As it turns out, our home state of Ohio is fertile ground. Its large urban districts, referred to as the “Big Eight,” have faced sharply declining enrollment due to both shrinking populations and an influx of charter schools. Confronting the loss of more than fifty thousand pupils in just eight years, these districts have been forced to close scores of schools.

During the same period, dozens of charter schools have also closed for a variety of reasons, including financial difficulties and academic underperformance. In fact, Ohio’s automatic closure law, which is based on academic results, required twenty-three charters to close during the period of study.

Our study examined the achievement trends of 22,722 students in grades 3–8 who attended one of the 198 urban schools in Ohio that shut their doors between 2006 and 2012. These closures disproportionately affected low-income, low-achieving, and black students. To our knowledge, this is the first study to investigate separately the academic impact of closing charter schools. The study was conducted by Dr. Stéphane Lavertu of the Ohio State University and Dr. Deven Carlson of the University of Oklahoma, who used state records to examine the impact of closure.

Their most important finding is that school closure has significant positive impacts on the achievement of displaced students. The following figure displays the cumulative learning-gain estimates of displaced students by the third year after their schools closed. Displaced students from district schools that closed in urban areas gained, on average, forty-nine extra days of learning in reading relative to the comparison group; in math, it was thirty-four days. In the charter sector, students displaced from a closed school also made substantial gains in math—forty-six additional days—but did not make statistically significant gains in reading.

Figure 1: Impact of closure on displaced students, measured as cumulative student learning gains by the third year after closure 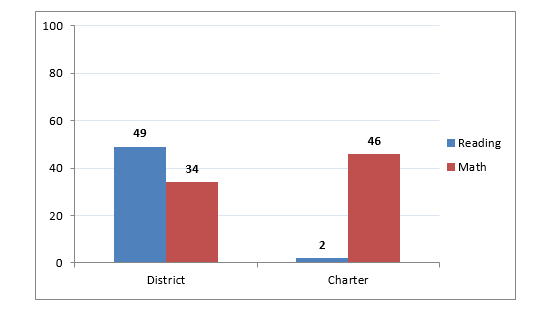 These findings have important implications for policymakers. First and foremost, they indicate that we should not shy away from closures as one way to improve urban education. This study adds hard evidence that shutting down low-quality schools—including charter schools—could better serve students’ interests than endless efforts to improve them.

Second, these findings provide a clue about why charter schools, particularly in urban areas, are outperforming district schools, as a recent Stanford study found in Pennsylvania: because the lowest-performing charters can be closed. Painful though that process is, we now know that it’s good for the kids.

A turnaround school district is not for the faint of heart. Policymakers must show courage to stand up for reforms that will take bold action to fix, or shutter, persistently failing schools. But improving opportunities for children is why many public servants entered public life in the first place.  Now is your chance to make good on your promises to Pennsylvania’s most disadvantaged children. Please don’t let it pass you by.

I look forward to your comments and questions.

[2] Are Bad Schools Immortal? The Scarcity of Turnarounds and Shutdowns in Both Charter and District Sectors, David A. Stuit, Thomas B. Fordham Institute, December 14, 2010.