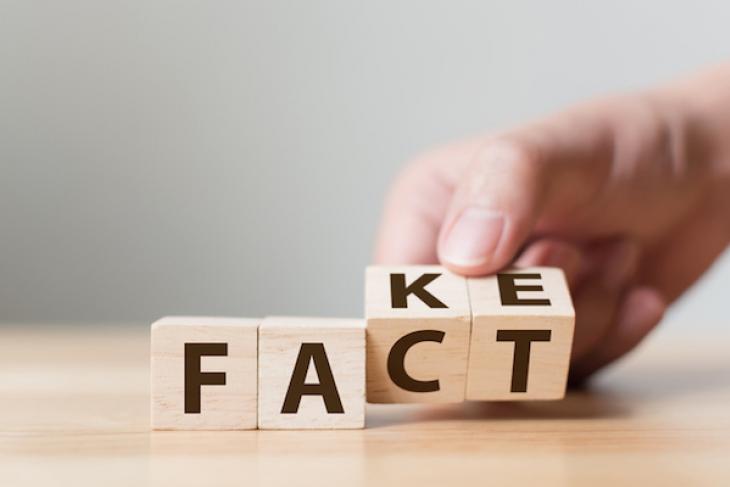 The Rand Corporation’s provocative policy brief on “truth decay” points to failings in the education system as one of a quartet of causes of today’s widening inability among Americans to distinguish between fact and fiction. Authors Jennifer Kavanagh and Michael Rich write that “The growing number of demands and fiscal constraints on the educational system have reduced the emphasis on civic education, media literacy, and critical thinking. Without proper training,” they add, “many students do not learn how to identify disinformation and misleading information, and are susceptible to disseminating it themselves.”

That truth matters should be obvious, and any blurring of the line between truth and falsehood, fact and fiction, news and “fake news” should alarm us all. “Where basic facts and well-supported analyses of these facts were once generally accepted,” the RAND team soberly declares, “disagreement about even objective facts and well-supported analyses has swelled in recent years.”

I well recall the much-quoted aphorism of my own mentor, the late Daniel P. Moynihan, that “Everyone is entitled to his own opinion, but not to his own facts.” When there’s no agreement on the facts, we’re left with just opinion—spin, if you will—and opinion masquerading as information.

That’s what President Trump terms “fake news,” of course, and he’s not entirely wrong. As they fill their pages and our screens with opinion and cater more and more to their own echo-chamber subscribers and viewers, it becomes ever harder to get the “straight story.” But the Commander-in-Chief himself is also a propagator of fake news on a scale I can only term Orwellian. (Recall the Ministry of Truth in 1984.) The Washington Post’s “fact checker” reported on Sunday that he had tabulated 2,140 “false or misleading claims” made by Trump himself during his first 365 days in office. That’s an average of nearly six a day.

Yet just as it’s wrong to place all the blame for blurring fact with fiction on the guy in the Oval Office and the media that he deplores (and, of course, consumes in massive doses), it’s also wrong to ascribe the schools’ failure to combat such blurring entirely on their inattention to subjects like civic education and media literacy. It’s certainly wrong to cite neglect of “critical thinking” as a major omission on the part of K–12 education. It’s been all the rage for years now, and the way it’s been construed and applied may even turn out to be a contributor to “truth decay.”

Critical thinking can go awry in at least two ways.

One is when it replaces knowledge. Actual information. Facts. How often have you heard education savants and practitioners say something like this: “In the age of the internet, we don’t need to supply kids with information. That they can always look up. What we must do is work on their analytic skills, especially their critical thinking.”

The problem there is that, once “thinking” gets detached from “knowledge,” the sky becomes the limit as to what one might think and whether it has any foundation in reality. Three decades back, Diane Ravitch and I wrote in What Do Our 17-Year-Olds Know? that “The power of the facts-versus-concepts dichotomy has grown so great within the social studies field that some professionals now harbor an instinctive distrust of facts per se.” That was thirty years ago! If educators don’t teach kids to acquire, possess, and value facts, there’s no way they can teach them to value truth. Truth clings to facts like barnacles to a rock.

The second way that critical thinking goes off track was bequeathed to K–12 education and many other realms of our society by postmodernism in higher education, the place where all our educators and education thinkers learned what they are now putting into practice with elementary and secondary school pupils.

Recall what postmodernism is. Here’s the definition posted at PBS (of all places):

A general and wide-ranging term which is applied to literature, art, philosophy, architecture, fiction, and cultural and literary criticism, among others. Postmodernism is largely a reaction to the assumed certainty of scientific, or objective, efforts to explain reality. In essence, it stems from a recognition that reality is not simply mirrored in human understanding of it, but rather, is constructed as the mind tries to understand its own particular and personal reality. For this reason, postmodernism is highly skeptical of explanations which claim to be valid for all groups, cultures, traditions, or races, and instead focuses on the relative truths of each person. In the postmodern understanding, interpretation is everything; reality only comes into being through our interpretations of what the world means to us individually….

“Interpretation is everything.” Is that not also a definition of “truth decay?” And is it not worsening in our schools—despite the valiant efforts of the Common Core, the AP program, and others to push students to seek actual evidence in original texts rather than just saying what they think about something—as contemporary liberalism pushes them hard to embrace and amplify what historians call “presentism”? Rather than striving to understand why something happened the way it happened when it happened, we judge what happened by today’s norms, values, and prejudices, causing us to wind up being guided by our opinions of the past. Consider our curricular squeamishness in acknowledging that Columbus “discovered” America; of course those who were already here didn’t see it that way, but from the perspective of fifteenth-century Europe it was indeed a newly discovered place—albeit one found by accident!

Though Trump pretends to despise “interpretation” and wants us instead to focus on the facts, he then supplies his own interpretations and his own facts. I’m not suggesting that educators are knowingly filling kids’ minds with false facts. Rather, I suggest that they’re not supplying nearly enough actual facts—fundamental knowledge—and that this vacuum, matched with an overemphasis on “thinking skills” and refracted through postmodernism’s focus on interpretation, is contributing as much as anything to the truth decay that should gravely worry us all.

Can we find the resolve to fill these cavities?