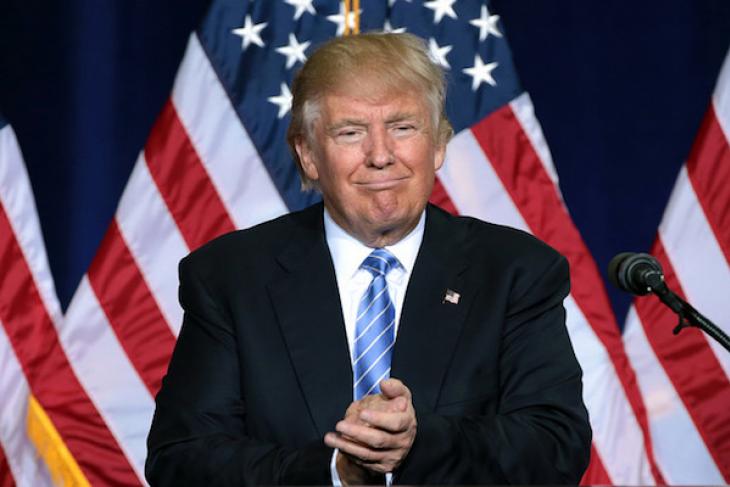 For months now, the buzz inside the beltway swamp has been that President Trump intends to propose a huge tax-credit scholarship program as part of his tax reform initiative. That expectation has led to lively debates, both on the page and on the stage, and earlier this month was the focus of Fordham’s annual Wonkathon.

As a supporter of vouchers for low-income children, I understand the appeal of such an initiative. An infusion of $20 billion a year, the eye-popping number Trump unveiled on the campaign trail, could help upwards of two to four million needy kids (at $5,000–$10,000 apiece) gain access to life-changing options. It would breathe new life into thousands of urban Catholic schools, institutions that have a proud legacy of serving poor and minority students well, but that are at risk of near-extinction. It could bring private school choice to major American cities in blue states that will almost surely never enact voucher programs on their own, including New York, Chicago, and Los Angeles.

So the prospect is compelling for school-choice enthusiasts. But so is the goal of Heaven on Earth. The question is how to get from here to there. Creating and sustaining a massive new federally-fueled voucher program will take more than a miracle. It will take three miracles.

Miracle number-one is getting a federal tax credit enacted in the first place. This feels much less achievable after the health-care debacle in Congress last week. It was always going to be hard. We know from past Senate votes on private school choice that the numbers simply aren’t there. Virtually every Democrat is a guaranteed “no” (save, perhaps, for Cory Booker); too few Republicans are a sure “yes.” Rural-state Republicans simply don’t have the incentive to buck their education establishments to support a policy that will bring very little bacon back to their own communities.

The conventional wisdom was that the tax credit plan would be attached to a whopping multi-dimensional tax-reform bill, which voucher-squeamish Republicans would vote for because they wanted the other goodies included in the package. (Using the legislative process called reconciliation would make such a bill filibuster-proof, so no Democrats would be needed.)

After last week, however, Republicans of all stripes know that they can sink the President’s agenda by holding out for what they want. He is in a much more precarious political position than most members of Congress are. It will only take a handful of GOP Senators demanding the removal of the tax credit/voucher initiative from the tax bill for the Administration to cave. Though less likely, something of the sort could also happen again in the House.

If somehow Team Trump overcomes those seemingly insurmountable barriers, miracle number-two will be finding the sweet spot between too much federal regulation and too little. There are massive risks on both sides of that equation.

The too-little regulation problem is obvious: As we’ve learned from state tax credit scholarship programs, financial shenanigans must be anticipated unless careful precautions are taken to avoid them. Scholarship-granting organizations will need to be audited, and there will need to be rules to ensure that donors to scholarship programs don’t “double dip”—getting credits on both their state and federal taxes.

And those are just the basics. A whole host of further—and truly perplexing—design questions will need to be answered by someone. Which students are eligible to receive scholarships? What about kids already in private schools? What must private schools do to qualify? May they use their standard admissions requirements, or must they accept all comers? And what about transparency and accountability requirements? Should voucher recipients take state tests? Should the results be made public? Should schools get kicked out of the program if they don’t show enough student growth?

One route is to let states decide. That’s what I’ve assumed they would do. But that has a major drawback: It implies that states would have to opt-in to the program, and plenty of blue states will simply refuse. So if the goal is to create school choice opportunities from coast-to-coast, deferring to the states won’t work. That means making these calls at the federal level. That’s precisely what many school-choice supporters fear—moving away from state-by-state decisions on these sensitive issues to a one-size-fits-all approach with Uncle Sam as regulator-in-chief.

Assume that, with a Republican Congress writing the legislative language and the Trump Treasury Department writing any necessary regulations, the feds somehow thread this needle effectively, and apply a light touch from Washington. Will that approach stick as years pass?

Only with the help of miracle-number three—keeping Democrats from killing the program, or regulating it to death, when they inevitably return to power. There’s little doubt that the progressive base will be champing at the bit to get rid of “TrumpChoice.” Fear not, say some advocates, because by the time they regain the levers of power, the program will have created millions of new beneficiaries. Just as Republicans learned how hard it is to take away ObamaCare from people grown accustomed to health insurance that they didn’t have before, so too would Democrats learn how hard it is to take away private school scholarships from families now enjoying them.

Perhaps. But surely a Warren or Sanders Administration would get right to work changing the regulations governing the program. They might require participating private schools to accept all applicants, regardless of religion or sexual orientation, or whether they meet the school’s academic requirements; let students opt-out of religious instruction; mandate that scholarship students take state assessments; and on and on. Now many private schools would face an agonizing choice: Give up a funding stream that they have come to depend on, or give in on basic questions of religious identity and school culture. This could be the end to American-style private education as we know it.

No one has ever called Donald Trump a saint. Still, he would need to be a master-politician to achieve the first two miracles required to make his big school choice initiative a success, and downright providential to achieve the third. A wing and a prayer doesn’t begin to capture what’s needed.

I would love to be proven wrong. I pray that I am. I suspect I am not.