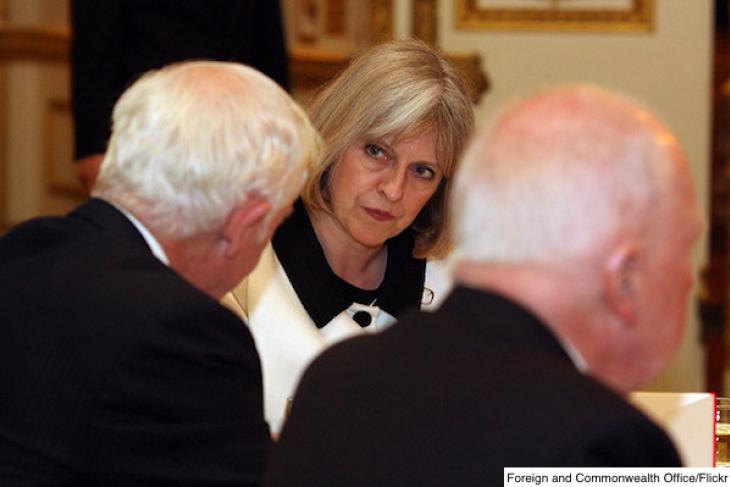 British prime minister Theresa May has set off a royal dust-up with her proposal to loosen England’s half-century-old shackles on grammar schools, the British term for selective-admission public secondary schools focused on preparation for university.

Back in the 1940’s and 50’s, England had a “tripartite” system of secondary education (not including old-line, private-pay prep schools like Eton and Harrow). Besides grammar schools for high achievers seeking an academic education, there were technical schools and “secondary modern schools.” Children were pointed down a particular track after taking the “eleven-plus” exam (around fifth grade).

This was typical of the era in many places and characteristic of class-riddled England. And of course it tended to perpetuate class divisions, as better-off kids with better-educated parents were much more apt to make it into (and want to enter) the grammar schools.

This arrangement began to change under Labour governments in the mid-sixties, as they pushed communities to create “comprehensive” secondary schools—akin to what James B. Conant, using the same adjective, urged for the United States, and what Ted Sizer would eventually dub the “shopping mall high school.”

Many policy chapters followed as Tory and Labour governments took turns changing priorities and ground rules but, by 1974, the British government was actively pushing for comprehensiveness in secondary schooling while also discouraging student selection. Communities that really wanted to could hold onto extant grammar schools, but the number of such schools gradually dwindled to today’s paltry 163 in a country with 3000 publicly-financed secondary schools. No new ones may open, and those that exist must get special permission from London if they want to expand.

All the other state-supported secondary schools are supposed to accept anyone who applies, though there are a handful of weird exceptions—and nowadays the majority of English secondary schools are quasi-charters (called “academies” or “free schools”), out from under the local education authority, answerable directly to the central government, and naturally subject to specializing and self-selection.

Like so much in British education, with its many policy layers, shifts, and special situations, the secondary-school picture is messy and complicated. But there’s always been a distinctive strand of public opinion and political support—nearly all of the latter being Tory—for bringing back selective public schooling, at least in places that want it. And there’s no doubt that the remaining grammar schools produce very solid academic results—though it’s hard to separate that from their admission practices.

Within weeks of becoming Prime Minister, Theresa May made clear that she wants more of them. Her plan is, to put it very mildly indeed, highly controversial—and the PM has already signaled that (a) the new policy will take steps to ensure that poor kids will have a fair shot at a grammar school education and (b) she doesn’t intend to impose selective schooling on every community.

Meanwhile, a London-based think-tank (chaired by former Liberal-Democratic MP and schools minister David Laws) has produced a report showing that, while attending grammar schools is beneficial for disadvantaged students—similar to “no-excuses charter schools” research in the U.S.—not many poor kids get to attend them today. Which doesn’t lead the analysts to concur with the PM that there should be more such opportunities. Rather, they declare that a sizable expansion of selective-admission schools would be bad policy, both because (obviously) the more kids who attend them, the less the measurable gains are apt to be, but also because—they say—as more kids attend them, there will be a learning loss among those who don’t, most of whom are still apt to be poor.

All this is, of course, redolent of American debates about peer effects and school selectivity, whether the intentional kind (“exam schools” for gifted students) or the more indirect kind that may arise from choice policies more utilized by better-off and better-organized families and may give rise to schools that, while nominally open admission, opt not to keep everyone who turns up on day one.

Where I come out: homogenized education isn’t good education. There are many ways to differentiate it, including academically oriented schools for high-ability and/or high-achieving students. I also understand, however, that the more it is diversified and tailored and the more choices that are made available to families and communities, the more debates will inevitably arise over issues of fairness.

Like the United States, England has a long way to go on both excellence and equity. They’ve been struggling with it for as long as we have been. And there’s no end in sight. But I salute Theresa May for her brave effort to get it right—and her gumption in proposing a change that she surely knew would ignite a bonfire.