Test-based accountability deserves to be assessed against a valid hypothesis, not a straw man 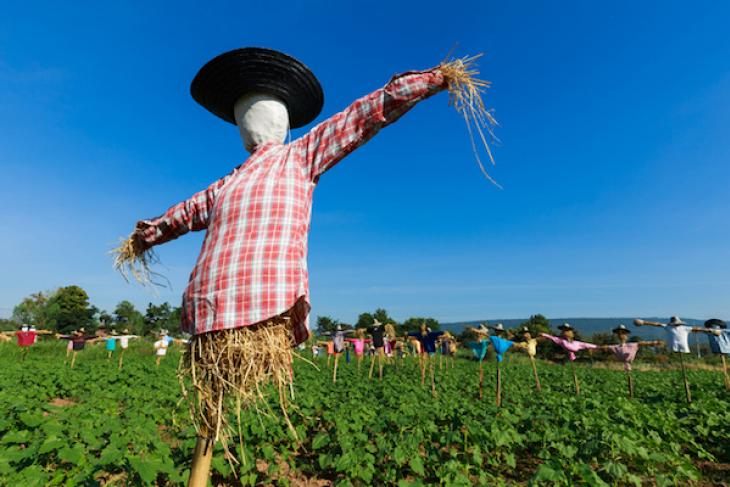 Last month I published a five-part critique of a recent AEI paper by Collin Hitt, Michael McShane, and Patrick Wolf that looked at the connection (or lack thereof) between test scores and long-term outcomes in school choice programs. Not surprisingly, last week Pat responded with a forceful rebuttal. I think many of his points missed the mark, as I noted on Twitter. But this one I liked:

The first rule of science is that you can’t prove a negative. The second rule of science is that the burden of proof is always on the person claiming that a relationship between two factors actually exists. One develops a theoretical hypothesis, such as “The achievement effects from school choice evaluations reliably predict their attainment effects.” One then collects as much good data as possible to test that hypothesis, certainly employing an expansive definition of school choice unless and until you have an overwhelming number of cases. One then conducts appropriate statistical tests on the data. If the results are largely consistent with the hypothesis, then one conditionally accepts the hypothesis: “Hey, it looks like achievement effects might predict attainment effects just as hypothesized.” If the results are largely inconsistent with the hypothesis, as in the case of our study, one retains a healthy amount of doubt regarding the association between achievement and attainment results of school choice evaluations. That’s what scientists do.

All fair, and a useful frame. But also telling, as we shall see.

That is certainly parsimonious, but there are two problems with it. First, it’s simplistic. Which achievement effects? For all students, or certain subgroups? Are we talking about elementary, middle, or high schools? Which kinds? What counts as “attainment”? How big do the effects have to be? When would we expect these effects to move in the same direction, and when might we reasonably expect them to diverge? What exactly does “reliably” mean in this context? And what is the justification for that definition or standard?

The second problem with this hypothesis, as stated, is it’s only relevant to a small subset of the policy debates we’ve been having, and that Pat et al. referenced in their original paper. Yes, if this hypothesis is proven wrong—if it turns out that test scores don’t reliably predict important long-term outcomes—it would indicate that policymakers should be cautious about killing off school choice programs prematurely. Instead they should wait to see what their long-term impacts are, too, because there’s a decent chance that they will be more positive. On this I agree.

But the evidence examined against this narrow hypothesis would not tell us anything about the wisdom of holding individual schools accountable for short-term test-score changes, either within school choice programs or writ large. For that we’d need to craft a hypothesis, or set of hypotheses, that were directly related to that question.

My hypotheses about test-based accountability

So let me take a crack at identifying a trio of hypotheses that those of us who support test-based accountability would embrace and like to test. The first is about students, the second about elementary and middle schools, and the third about high schools.

Note that all three of my hypotheses call for “dramatic” learning gains, as I believe those are what will lead to changes in students’ life trajectories. Many of us testing hawks are big fans of KIPP and other high-performing charter networks and want to see them replicated because they are real outliers when it comes to student achievement. We believe that they are changing lives because their students are making gains that are much larger compared to similar peers. But we wouldn’t necessarily assume that a school performing at the fifty-fifth percentile would yield better results than a school at the fiftieth percentile when it comes to real-world outcomes.

The same goes for the flip side of accountability: intervening in or closing down chronically low-performing schools. No state accountability system or charter school authorizer goes after institutions performing at, say, the fortieth or forty-fifth percentile in student achievement growth. Rather they target those at the fifth or tenth percentile—those that are several standard deviations from the mean, schools where students are making virtually no progress from year to year, or even going backwards. So what we want to know from research is: What are the odds that those chronically low-performing schools are having a positive impact on kids? That’s a very different question from the one Pat asked: whether schools or programs that do marginally better or worse on test scores do marginally better or worse on attainment. And my hypotheses—which should be tested empirically—assume that it’s extremely unlikely that very low-performing schools are somehow helping their students prepare for long-term success.

Pat is right, then, that we need to be clear about the hypothesis we’re testing. The review that he completed with Collin and Mike is appropriate for examining the relationship between achievement and attainment effects in school choice evaluations. (Though my serious qualms about which studies they included and how they analyzed the findings still stand.)

But that review is not at all appropriate for examining the assumptions—okay, hypotheses—upon which test-based accountability rests. Pat and his colleagues were stretching far beyond their findings when they wrote, in the original AEI paper, that “insofar as test scores are used to make determinations in ‘portfolio’ governance structures or are used to close (or expand) schools, policymakers might be making errors.”

Policymakers might be making errors—but we can’t know that from the studies that Pat and his colleagues examined. And that’s what’s wrong with their review: They went searching for evidence to disprove an overly simplistic hypothesis that is ultimately irrelevant to much of the debate over test-based accountability.

As Pat sometimes observes, I’m not a “scientist.” But I believe that the hypothesis that he and his colleagues claim to have disproved is what scientists would call a straw man, no?