Teacher layoffs are coming, and it’s the Great Recession's fault 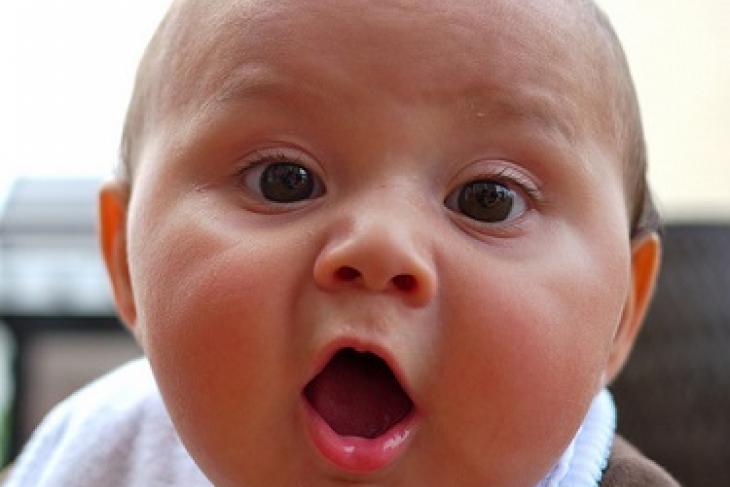 In education reform, we like to say that demography isn’t destiny—that, with the right supports, poor children can achieve at high levels despite the many challenges they face. But today, I’d like to discuss demography more literally—namely, the nation’s birth rate. Because it is destined to lead to significant teacher layoffs in the near future.

Much like the Great Depression did, the onset of the Great Recession led to a sharp decline in the U.S. birth rate. This graph illustrates the trend clearly: 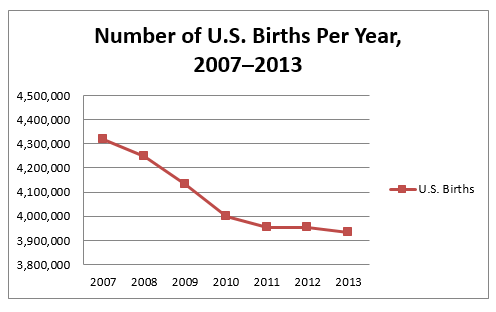 More babies were born in the United States in 2007 than any other year in history—even more than at the peak of the Baby Boom. But the numbers started to plummet in 2008; as of 2013 (the most recent data), we’ve seen six straight years of decline. We are now 9 percent below 2007’s high.

So what does this mean for schools? For starters, remember that there’s a five year lag between birth and kindergarten entry. Do the math and you’ll learn that, at least nationally, there are a whole lot of first and second graders (born in 2007). But the kindergarten class is smaller, and the rising kindergarten class (kids born in 2009 and 2010) is smaller than that. Give it a few years and our national enrollment of elementary school students will be down, well, about 9 percent.

Of course, that doesn’t mean that every elementary school will shrink by that amount (though that is exactly what’s happening at my kids’ school in Montgomery County, Maryland). Schools in popular, gentrifying neighborhoods will continue to grow; successful schools of choice will continue to attract plenty of students (though their waiting lists should shrink); metropolitan areas that weathered the recession in good shape will continue to serve an expanding number of families and their schoolkids.

Furthermore, the birthrate trends varied significantly from state to state, as we show below.

Forty-eight states experienced declines over the last six years, but some drops were nearly cataclysmic. Note the dramatic reductions in some southern and western states (almost 17 percent!), which were particularly hard hit by the housing bust and/or the recession itself. (Surely this partly reflects families moving away, as well as some choosing not to have children.) Even some prosperous states, like Connecticut and New Jersey, saw big declines.

Almost everywhere, then, it’s going to be a common occurrence to hear about “reductions in force” (RIFs) for elementary teachers, and eventually secondary teachers, because of the dwindling student population. (Unless schools allow their class sizes to shrink, which is incredibly expensive, though it happens nonetheless.)

Thus, it’s more important than ever to make sure that those RIFs are done in a fair way—taking into account not just seniority, but also effectiveness. Yet according to the National Council on Teacher Quality, as of 2014, only eighteen states required performance to be considered in making layoff decisions, Twenty-two states prevented seniority from being the sole factor determining which teachers are laid off when reductions in force become necessary. That leaves a lot of states where “last in, first out,” or LIFO, remains in place—meaning that there’s much work to be done. Attention, state policymakers: If you don’t want lots of your young, energetic elementary teachers getting pink slips, time is quickly running out!