When it comes to reform for urban school systems, effective community organizing is crucial. Community Organizing for Stronger Schools: Strategies and Successes takes an in-depth look at the practice and how it affects schools.

The authors conducted a six-year longitudinal study on eight groups across the United States, all of which had been in existence for at least five years: the Northwest Bronx Community and Clergy Coalition, Oakland Community Organizations, Chicago ACORN, Austin Interfaith, Milwaukee Inner-City Congregations Allied for Hope, People Acting for Community Together, Community Coalition, and the Eastern Pennsylvania Organizing Project. The data sources included: archival documents, adult member survey, youth survey, observations, interviews, teacher survey, public administration data, and media coverage. Dating back to 2003, the study is one of the largest ever to examine the relationship between community organizing and educational outcomes.

Across the sites studied, community organizing was shown to increase awareness of the needs of low-income parents and youth of color. This organizing was characterized by frequent meetings and interactions between organizers and education leaders that typically included discussions around joint reform efforts and implementation.

More district resources were also allocated for low-performing, high-poverty schools, and new policy initiatives echoed the proposals of community organizers. For example, in Philadelphia, the formula for Title I funds was unchanged, Milwaukee kept its commitment to busing poor students in the city, districts in Oakland committed to a ten-year small school creation plan, and $11 million in state funds were publicly invested in the Grow Your Own teacher initiative in Illinois.

All of the sites were successful in organizing campaigns to address school issues like broken escalators and the need for more college counselors. They enjoyed stronger professional cultures, school climates, and instructional cores, as indicated by greater collaboration among teachers, a shift in classroom dynamics, and higher teacher morale and retention. Student outcomes and engagement may have also improved, although the effects weren’t proven to be anything more than mere correlation). At Miami schools supported by People Acting for Community Together, the percentage of students who met reading standards on the Florida Comprehensive Assessment Test rose from 27 percent to 49 percent between 2001 and 2005; supported Oakland schools scored higher on the California Academic Performance Index.

Overall, the findings suggest that community organizing can be advantageous on issues of equity, capacity, and student outcomes in urban school districts. The authors did describe the gains as “tenuous,” however. For example, not all teacher survey measure responses were statistically significant, and some districts were less likely than others to credit organizing for their gains.

Even without strict causation, however, the scale of this study highlights a noteworthy relationship between organizing and a variety of beneficial outcomes. And even though organizers face several challenges, including how to measure their effects, their goal is clear: create lasting reform for urban public school systems. 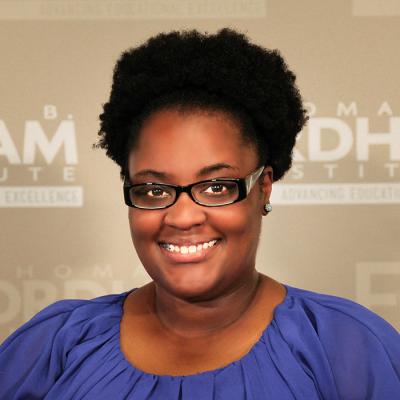 Yalanda Lawson is a research policy intern at the Thomas B. Fordham Institute. Yalanda was born and grew up in Birmingham, Alabama. She is a rising senior at Stillman College located in Tuscaloosa, Alabama. Yalanda will receive her Bachelor of Arts in Psychology in May 2017. Yalanda is interested in the transformation of urban education and understanding how to ensure that the nation’s students are taught by highly…