Steal this idea: A national effort to help schools go from good to great 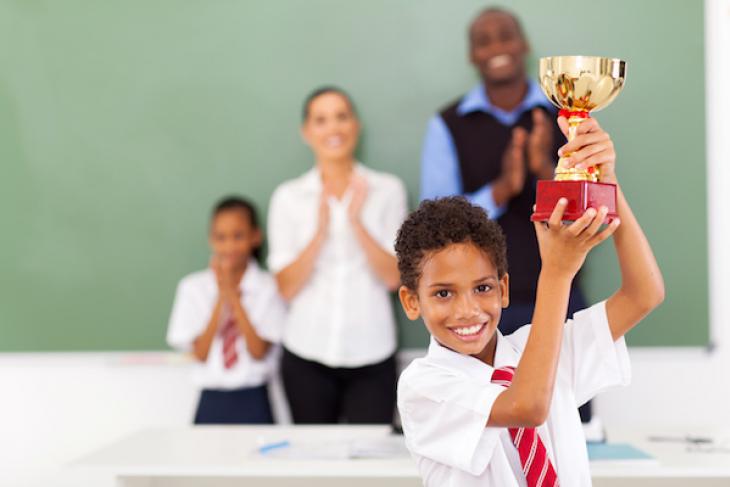 What if we could scale up evidence-based practices, shift the reform conversation in a more positive direction, and boost student outcomes, all at the same time?

No, this is not the pitch of a carnival barker or snake oil salesman, but a crazy (or maybe crazy smart?) idea for a new non-profit initiative.

Presenting the National Award for Excellence in Elementary Education, the N-A-Triple-E. (I clearly haven’t paid for any branding help as yet.)

Though it would be a massive undertaking, the core idea is simple: Develop a national recognition program for excellent elementary schools (with middle and high schools to follow) in the district, charter, and private sectors. As with the federal Blue Ribbon Schools program, schools would be recognized for strong results in student achievement. But applicants would also go through an intensive process, not unlike a UK-style inspectorate, resulting in a comprehensive analysis and holistic review of their practices. Only schools that can demonstrate a commitment to striving for excellence in all aspects of their enterprises, from curriculum to talent development to parent engagement and on and on, would win the prestigious award.

First the why, then we’ll tackle the how.

All reform is local

As I argued a few weeks ago, federal and state policy are unlikely to drive major changes in education in coming years. That’s partly because of our dysfunctional politics in Washington and elsewhere. It’s also because of policy exhaustion arising from a quarter-century of non-stop reform initiatives. Maybe I’ll be proven wrong, but I don’t see a “big new thing” on the policy horizon.

Which is OK. A break from hyperactive policymaking gives schools the time and space to finish what we started—to actually implement the higher standards that most states adopted seven years ago; to get better at giving teachers helpful feedback about their instructional practices; to find curricula worth teaching; and to experiment with new approaches to personalization.

I do not doubt that there are schools doing exactly this in many parts of America. Or so we hope; with our massive, fragmented, continental education system, it’s impossible to know for sure.

But it’s probably also fair to assume that it’s not happening in as many places as we would like—the “it” being a constant drive for continuous improvement, a purposeful pursuit of excellence, for lots of reasons: Many schools exist in dysfunctional districts that prize compliance over performance; district and school leaders in every sector are inundated with information and sales pitches and struggle to separate the wheat from the chaff; parents and taxpayers are generally pleased with their local schools, which breeds complacency and a bias toward retaining the status quo.

What might help cut through the fog is a clear beacon. Perhaps a well-designed recognition program could provide the impetus, and a road map, for schools to engage in a good-to-great improvement process. It could induce school leaders to examine the ways they do everything in their schools, and to seek evidence (from researchers) and promising practices (from other schools) that might help them get to the next level. And it could highlight barriers that still remain, at the district or state levels, barriers that keep more schools from achieving excellence.

The goal is to excel, not not to fail

Why focus on “good to great”? For two big reasons.

First, mediocrity, not failure, is the greatest challenge facing American schools today. After decades of reform, we have thankfully seen real improvement among many of our lowest performing schools and districts. The National Assessment of Educational Progress shows nontrivial gains at the low end of the performance spectrum. Reducing the dropout rate by definition impacts the lowest-performing students. And hundreds of flawed schools have disappeared, thanks to accountability pressures, competition from other schools, and shifting demographic patterns.

That’s not to say that “dropout factories” are gone; far from it. But they are a small minority of American schools, although they still consume the lion’s share of our attention. It’s time to flip that equation—or at least to give equal time to the mediocrity challenge.

The second big reason to focus on “good to great” is that it’s a much more motivating message than “turning around low performing schools,” and is also more achievable. It acknowledges that most American schools are reasonably good. They just aren’t good enough—not for the changing economy, the challenging circumstances of many of their students, and the steep climb of upward mobility.

The nuts and bolts

So what might the National Award for Excellence in Elementary Education look like? There’s lots to flesh out, but here’s a skeleton:

Yes, that would be a big undertaking, and cost a lot of money. And that’s without providing a cash award to winning schools, which might be worth considering as well. Despite the temptation, this should absolutely not be funded by the government—especially the federal government—as Uncle Sam’s involvement would make it politically radioactive.

So is this worth piloting? Would it get the attention of school leaders? Would they be willing to go through the process of putting an application together and hosting a review team? Would the feedback lead to real improvement in the schools? And would scholars be capable of turning the research literature into clear criteria for an award like this?

My gut says yes. Anyone with deep pockets want to give this a try?