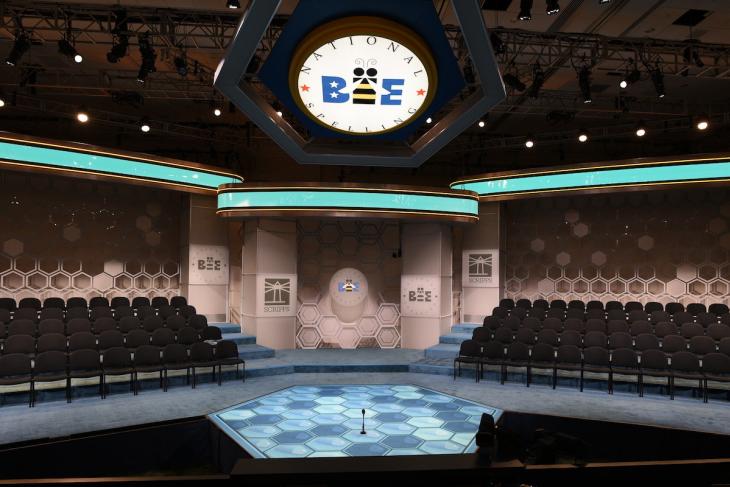 A pair of weekend essays heralding two new books point in such different directions regarding childhood, adolescence, and education in today’s America that it feels important to flag the issue—and the tough choices it portends for parents and educators.

Shalini Shankar’s new book, Beeline: What Spelling Bees Reveal about Generation Z’s Path to Success, is an anthropologist’s look at the spelling-bee phenomenon as it has evolved in recent years. The focus of her article is the Scripps National Spelling Bee’s new practice of allowing parents to buy their progeny’s way into the prestigious competition, meaning that kids who don’t win at the regional level can still have a shot at the national championship—provided someone can fork over $1,500 plus travel costs and such.

This “pay to play” option—especially coming around the same time as the “Varsity Blues” scandal—strikes me as cynical, greedy, an unfortunate blow to what’s long been truly meritocratic, and a backward move in the mobility game. But the burden of her article—and, I assume, of at least part of her book—is somewhat different. It’s how kids—middle schoolers, for Pete’s sake—now refer to a “spelling career,” “how human capital development is permeating childhood,” and how “Now there is no minimum age to display talent and skill.” One pictures parents pressuring toddlers to spell four-syllable words so as to build their résumés, as well as eleven-year-olds driven—whether by parents or selves or peers—to stay up until the wee hours memorizing long lists of arcane spelling words.

Full stop. The other new (forthcoming) book, this one titled Range: Why Generalists Triumph in a Specialized World, is a well-documented argument against the kind of youthful single-mindedness displayed by those spelling-bee fanatics (and their fanatical parents). In his weekend article, “You Don’t Want a Child Prodigy,” author David Epstein contends that premature specialization isn’t the surest route to success and happiness. Better, in his phrasing, to be Roger Federer (who played many sports as a child) than Tiger Woods, who reportedly grasped a putter for the first time at seven months, and whose “tale spawned an early-specialization industry.”

“While Tiger’s story is much better known,” Epstein writes, “when sports scientists study top athletes, they find that the Roger pattern is the standard. Athletes who go on to become elite usually have a ‘sampling period.’ They try a variety of sports, gain a breadth of general skills, learn about their own abilities and proclivities, and delay specializing until later than their peers who plateau at lower levels.”

The same, he says, is true of top musicians and superstars in other fields, including scientists. Although the early specializers tend to earn more at first, those who settle later on their path fare better in the long run. “In sowing their wild intellectual oats, they got a better idea of what they could do and what they wanted to do. The early specializers, meanwhile, more often quit their career tracks.”

Epstein—parent of an infant—says it’s fine “If of his own accord our son chooses to specialize early.” (Mozart reportedly sought his father’s help with music because he wanted that from an early age, not because the parents pushed.) But he’s not about to force-feed his kid into becoming expert at something before reaching puberty.

It made me wonder what those youthful spelling aces do when they’re twenty-five or thirty-five. Do they look back wistfully at the triumphs that came (along with acne) when they memorized all those words in seventh grade? Would they fare better long-term if they had distributed their youthful ardor across literature, science, history, languages, and the arts? Perhaps more importantly, would their parents—many of them immigrants, keen for their daughters and sons to climb the greasy pole in America—be better advised to encourage a broad, liberal education, perhaps leavened with an array of extracurricular pursuits?

One inevitably connects this quandary to the larger policy issue of liberal education versus professionalism in college—and to the classic array of academic subjects versus career and technical education during high school. I recall, too, the earnest pleas by CTE educators (and some employers) for “career exploration” to begin in middle school. Fine, say I, if it’s exploration. Not so much if it includes pressure to pick a career path by age fourteen.

That’s also what complicates policy debates such as we had in Maryland’s Kirwan Commission. We wound up recommending that as many kids as possible should reach the “college and career ready” stage (at least in English language arts and math) by the end of tenth grade, with several well-formulated “pathways” to choose among thereafter, one pointed toward university, one to industry credentials, one to an associate degree and beyond. I believe—and believed—that this approach makes sense for multiple reasons, provided pre-K–10 is capable of adequately preparing youngsters for such pathways. But a number of veteran educators and others wanted to keep open a “generalist” option for those unready or unwilling to choose, and we wound up doing so.

Having said that, age sixteen and grade ten are very different stages of one’s development than the tykes who, according to Professor Shankar, “start to develop spelling careers” by the time they’re six, mindful—at least their parents are—that they’ll “age out” of eligibility for the competitions by fourteen. (The Scripps folks aren’t exactly blameless here. Adding pay-to-play and ending kids’ eligibility around eighth grade suggest that the best interests of children aren’t their highest priority!)

Yes, at some point young people ought to make decisions about what they will be when they “grow up.” I don’t have much patience for thirty-year-olds who are still grazing, trying one thing and then another, still trying to figure it all out. And yes, there’s much to be said for kids, even fairly young ones, having purpose in their lives, goals to strive for, and things they’re passionate about. But there’s also need for balance, for prospecting, for sampling, and for gaining the skills associated with citizenship and culture, not just one single-minded specialty, the value of which may wear off as one gets older.