To spark a Catholic school renaissance, we need to put our faith in autonomous school networks 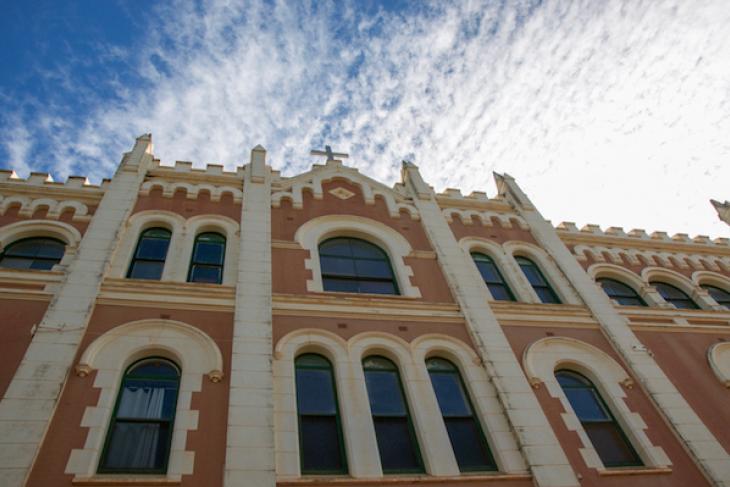 News of Catholic school closures has become so commonplace over the past few decades that it’s almost not news anymore. What was once a vibrant nationwide school system serving five million students a year has become a struggling sector serving fewer than half that number. Last week, the Archdiocese of Chicago announced its plan to close another five schools at the end of this year, citing declining enrollment and financial challenges. One of these schools has been serving students on Chicago’s South Side for over 115 years. In Memphis, the diocese announced yesterday that all nine of its inner-city Jubilee Schools will close this year. It’s long been clear that something has to change.

Worse, there is not yet evidence that these community gaps are filled by the charter schools that so often take the place of closed Catholic schools. Specifically, the Notre Dame research team found that, although charter schools have been able to fill the academic void left when Catholic schools close, “they do not yet appear to generate the same positive community benefits.”

We must also recognize that access to funding alone won’t necessarily catalyze the change we need. Twenty-eight states now provide some funding to urban Catholic schools, either in the form of voucher or tax credit support, but public money hasn’t stemmed the tide of closures. In dioceses like New Orleans and Cincinnati, where publicly funded voucher and tax credit programs provide disadvantaged students public money to attend private and parochial schools, a half dozen or more schools have closed since 2014. And, if this week’s announcements from Chicago and Memphis are any indication, these won’t be the last.

But there is also reason for hope. Over the last several years, we have seen new approaches to Catholic education that shake free of the older models of how schools should be organized and run and provide proof points for a new type of Catholic school system. One such experiment is our own Partnership Schools in New York City, of which I am the superintendent. We are a network of six schools that have demonstrated game-changing academic gains over the past three years. Our turnaround efforts have nearly tripled the number of students passing the New York State math test and more than doubled those passing the English language arts exam.

These gains have brought some attention. People point to our network—which uses an independent nonprofit management organization to support Catholic schools that were at risk of being closed—as a model for the future of parochial education. But, when it comes to catalyzing change across the entire urban Catholic school sector, the more interesting question isn’t about what we’ve done at Partnership Schools to drive change. Instead it is: What did the Archdiocese of New York do that cleared a path for us to drive change?

To answer that question, let’s rewind the tape a bit.

Historically, parochial schools have been independently operated and managed locally—at the parish level by the pastor and principal.

This structure worked reasonably well for more than one hundred years. Unfortunately, due to a combination of financial challengers and demographic shifts—in which Catholic families moved from cities to the suburbs and new Catholic immigrants moved to the South and Southwest U.S. rather than Northeast metropolitan areas—urban Catholic parishes struggled, particularly those in cities like New York, Chicago, Boston, and D.C.

The combination of these financial strains and demographic shifts has, in most cases, proved far too difficult for individual parishes to address on their own.

Fortunately, diocesan leadership has stepped up to provide cash-strapped schools and parishes with subsidies and back-office support in an effort to buoy struggling urban schools. But in large dioceses like New York, Chicago, and Washington, D.C, where Catholic Schools Offices oversee between one hundred and two hundred diocesan schools, the challenge has proven too difficult for a small team of barely two dozen staff to face on their own.

But there is another way. What if—true to the principle of subsidiarity on which Catholic schools were built—dioceses reinvented the role they play in school oversight?

That’s what happened in New York. A little more than more than five years ago, the Archdiocese of New York set out to reimagine the role of the diocese and the Catholic Schools Office in running Catholic schools. They called the plan “Pathways to Excellence.” His Eminence Cardinal Dolan and Superintendent of Catholic Schools Dr. Timothy McNiff realized that the diocese can retain canonical governance without needing to operate and manage every school in its purview—something that diocesan Catholic School Offices were never set up to do!

In the case of Partnership Schools, the Archdiocese inked an agreement that shifted the Archdiocese role from being an operator of schools to being an authorizer of our network. The diocese retains full governance control; the schools we run are their schools. But they have given us full management, operations, and financial control in exchange for stronger results.

The impact has been transformative. As an independent 501(c)3, we have the autonomy we need to run a small network of schools in ways that enhance the Catholic identity, that strengthen faith formation, and that drive academic excellence. We make curricular decisions, we fundraise, we set budgets and make hiring decisions, and we are nimble enough to respond to the varying needs of our schools without being bogged down by bureaucracy.

But, perhaps most importantly, we are also accountable to the Archdiocese of New York. We have a services agreement that spells out, similar to the way an authorizer contract would, what our responsibilities are. Importantly, the accountability agreement is crafted by Catholic leaders for Catholic schools. And, because the Archdiocese retains governance control of our schools, they can fire us if we fail to live up to the expectations we’ve set.

That combination of freedom in exchange for accountability is not new in the public school world, but it’s nothing short of transformational for Catholic schools.

It is not too late to write a new chapter in the history of Catholic education—one of urban renewal rather than decline. But we need more than a few examples of success. It’s time to think and act boldly by embracing a new approach grounded in autonomous networks of Catholic schools that are given the flexibility to innovate and are held accountable for results. We can spark a renaissance that will transform lives, communities, and the Catholic Church for the better, and that will live up to the audacious spirit that gave rise this unique system of education in the first place.

Kathleen Porter-Magee is the Superintendent of Partnership Schools.