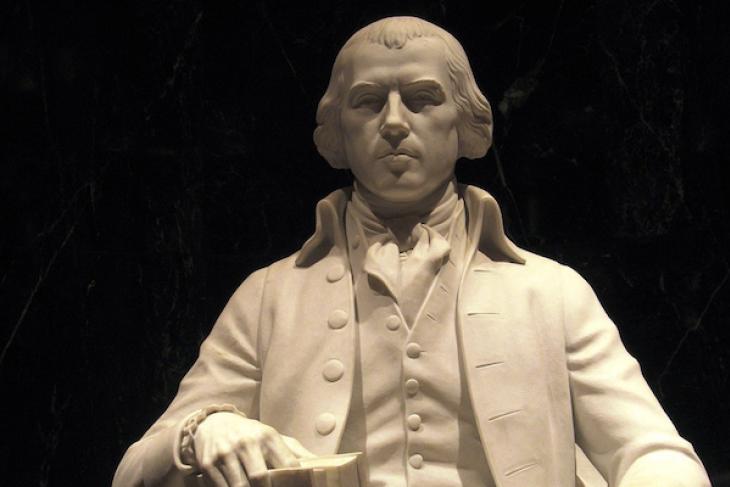 The Bernie Sanders/Elizabeth Warren/Alexandria Ocasio-Cortez wing of the Democratic Party hasn’t won a lot of primaries this summer, but time may be on their side. (Well, Sanders himself will soon turn seventy-eight and may not want to wait…) So one can infer from an alarming survey of young Americans between the ages of eighteen and thirty-four undertaken a few months back by the University of Chicago’s GenForward project. As summarized by the Chicago Tribune’s inimitable Steve Chapman, “49 percent in this group hold a favorable opinion of capitalism—and 45 percent have a positive view of socialism. Socialism gets higher marks than capitalism from Hispanics, Asian-Americans, and African-Americans. Sixty-one percent of Democrats take a positive view of socialism—and so do 25 percent of Republicans. (emphasis his)”

This peek into a possible sea change in the country’s economic future grows considerably more alarming when we pause to note what some energetic socialist writers are saying about America itself and about our fundamental political structure. Consider the stunning—no, appalling—column in the New York Times last week by two staffers from the socialist magazine Jacobin.

“[T]he subversion of democracy,” they wrote, citing Madison and Federalist No. 10 as exhibit A, “was the explicit intent of the Constitution’s framers.” “The byzantine Constitution he helped create,” they continued, “serves as the foundation for a system of government that rules over people, rather than an evolving tool for popular self-government…. These perspectives are vital at a time when many progressives regard the Constitution as our only line of defense against a would-be autocrat in the White House.” In its place, they seek “a new political system that truly represents Americans. Our ideal should be a strong federal government powered by a proportionally elected unicameral legislature.”

Which brings us to education, particularly the imperative for schools to deliver a thorough and proper education in civics, history, philosophy, and economics—and the capacity for deep reading and critical thinking that might help readers grasp the depth of the lunacy that we see here. One need not emerge from school and college in love with capitalism or democracy, and it’s the job of schools and colleges to present other ways of organizing economies and systems of governance, but it’s also the obligation of schools to build strong foundations under tomorrow’s citizens. Those foundations include—as the social studies crowd likes to put it—“deep and enduring understandings, concepts, and skills from the disciplines. Social studies emphasizes skills and practices as preparation for democratic decision-making.”

How and why did the U.S. Constitution come about? Why was such a document needed? How does the political and governmental framework that it created differ from those that it replaced—both the Articles of Confederation and George III’s monarchy? How to compare the pros and cons of each?

Why were the Federalist Papers written, and what are their messages? According to most scholars, the central point of No. 10—perhaps the most famous of them all—was to explain the need for a strong central government to mediate and contain the dangers posed by factions, a problem that the several states—and the Confederation—had failed to solve. Madison allowed as how—lots of folks are recalling this today—the occasional bad apple might slip into the governmental barrel, even get elected to high office, but constitutional democracy was the surest hedge against this happening very often—and to limiting the damage when it did.

To charge Madison and his colleagues with contriving to subvert the very democratic system they were creating and defending is ahistorical madness. And it’s the solemn responsibility of our schools to educate young Americans in ways that enable them to recognize that—and reject it.

As for socialism, any decent world history or comparative economics curriculum will include a close look at places where it’s actually been tried—and how well that did or didn’t work. Where an authoritarian government forces it upon a society, it seems to work for a while, but in time it leads to repression, famine, political prisoners, and a more or less total collapse of human rights. A truly “socialist” society—in which everything gets decided “democratically”—eventually, even axiomatically, brings corruption and tyranny.

Madison understood that, too, and so should young Americans by the time they’ve completed a proper K–12 education. They would also do well to understand—as the writer Jonah Goldberg expertly points out in a powerful and troubling new book—that democratic capitalism has bequeathed riches upon America and much of the world beyond the founders’ wildest dreams. That fact doesn’t necessarily point us toward either more government and redistribution of resources, as the left wants, or less of both, as the right wants. But surely we should teach our kids how full-on socialism has ended whenever and wherever it’s been imposed.