Social justice, education reform, and how this whole Left-Right feud is missing the point 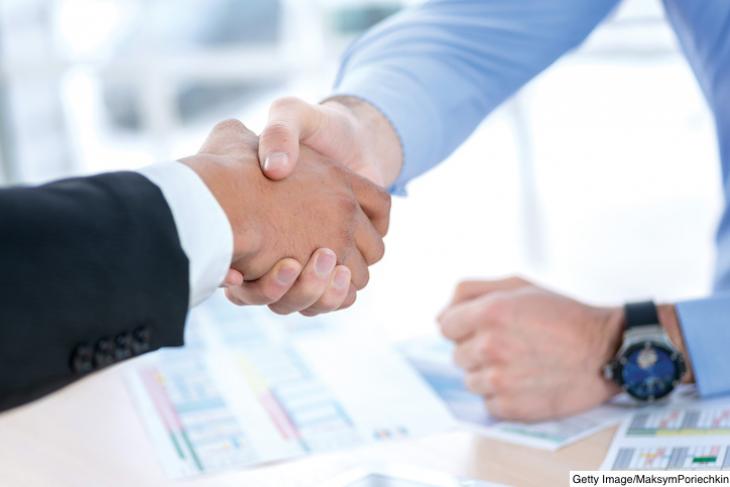 You can only watch a dragon eat its tail for so long before you feel compelled to intervene.

As I’ve watched the education community react to Robert Pondiscio’s argument that the Left is driving conservatives out of education reform, I’ve been increasingly frustrated to see so many people whom I like and respect (from Marilyn Rhames to Justin Cohen, Chris Stewart, and Jay Greene) take aim at one another. I’m also convinced that the teachers’ unions are all having a good laugh at us while we play this verbal game of the Dozens amongst ourselves.

At the center of this conflict: A dividing line is being drawn between “markets” and “equity” as principles driving change in our schools. These two themes are both found in the underlying conflict of Pondiscio’s piece about the contrast between market/conservative solutions like school choice and the power of a movement like Black Lives Matter (with which the more progressive wing of the reform movement identifies).

I believe that Pondiscio’s piece only featured Black Lives Matter and the agenda of this year’s New Schools Venture Fund Summit (which I attended) as a proxy for capturing the changing view and face of the education reform movement. But using Black Lives Matter as the focal point charged and changed the exchange—and sparked a circular firing squad as commentators staked their ground and pious bullets filled the air.

Pondiscio’s core question was whether or not market thought continues to have a place in the work we all do, which many feel is a social justice effort first and foremost. This is a core question about voice and visibility, and it is, ironically, one that people of color should know well. But in the days that followed, many readers reduced this down to white male anxiety about a movement that is becoming increasingly diverse but that, overall, remains woefully white—so much so that even our grandest displays of inclusion often ring of tokenism. I offer up this assessment as someone who routinely speaks to large audiences of market believers, who are often white. I also say it as a person who didn’t know what New Schools was until a white foundation executive told me about it many years ago.

Back to Pondiscio’s original point: Does and should the market perspective—one focused on choice, pluralism, and opportunity as the prime drivers—continue to have a place in the education reform movement, effort, confab, or whatever you want to call it? The answer is yes. Competition and innovation are essential and may be the best way to level the playing field for kids of color. (I write this as a person who is deeply skeptical of government’s ability to create schools that liberate low-income black and brown kids from academic outcomes that ensure their economic servitude).

Ironically, the storm that has erupted around Pondiscio’s piece may just prove his larger point about a narrowing field of view: Even as the education reform movement strives to become more ethnically diverse, it could also become less so ideologically. This is important, and worth noting. We do not win with a smaller tent against a unified enemy that has created the conditions we battle against.

But this does not mean that “equity” has no place. Many education reformers identify themselves as “social justice warriors,” striving to give black and brown kids access to better classrooms and brighter futures. Yet as often happens in debates about inclusion, the question of whether one perspective can “belong” is seen as one that must co-opt or exclude another one.

Black Lives Matter is totemic of an underlying passion within the work of education reform—one that many politically progressive voices for change care about greatly. Though white reformers will, implicitly, only know the anxiety of having black skin in this country secondhand, many of them decry the existence of injustice that visits its victims based solely on the color of their skin. Violence against black people at the hands of the police makes evident the same societal force we fight in underperforming schools. This inequality seemingly targets people of color and removes, again, their ability to enjoy and make their own lives. This is vital context to understand if you want to turn the movement’s ownership over to communities that experience the brutal results of these systems.

Does the equity perspective deserve a growing place in the education reform movement—both in terms of what is said and who says it? The answer is yes. I write this as a black person who has never felt as fearful for my own existence as I do now—and as a person who often wonders if I might be deprived of my freedom, which is to say my life, simply for being black and being in the wrong place.

But drawing battle lines around whether folks care more about markets or equity, or which should have primacy in this education fight, isn’t just unhelpful; it lacks nuance and assumes absolutes based on both race and political leanings.

Indeed, I have been in rooms with white, progressive technocrats who call themselves reformers but couldn't hear me over their own hubris. I also work for a white man and an Asian woman who understand me on every level. I’ve met with black folks talking about “community” who believe there is sovereignty in black-run schools—district, charter, or otherwise—where no one learns anything. But there is little I feel better about than when I help a black kid attend a school they want to—no matter where they live, who their parents are, or the color of the school’s teachers or leader. I know ostensible conservatives who think that the problem of failing schools is one of perseverance rather than behavior baked into our institutions by decades of racial injustice. I also got started in this work because a rich, white Republican took a chance on a Democrat from Baltimore on hiatus from the magazine industry.

All of these philosophies vie for dominance within what we do. But they’re all clearly incomplete when they stand alone.

Which brings me to something far more important: Equity and markets are not two different things fighting against one another to set the agenda for change. They are two separate lenses created and shaped by the same thing: the human pursuit of liberty. And just like the eyes we need to see, both lenses are required if we are to understand the depth and the breadth of the issues we’re trying to address.

When a child is conscripted into a school that does not work, that child is deprived of their liberty and will likely never be truly free. The market/conservative voice seeks to address this by empowering his parents to find a better option—or by rewarding or punishing institutions accordingly.

Similarly, when a child can be deprived of life and liberty for being the wrong color while walking down the street, that child is also not truly free. The equity/social justice warrior argument seeks to address this wrong by being more inclusive, fighting against privilege, and empowering communities to shape their own destinies.

What all education reformers must understand is that it is not “market vs. equity” but “market with equity.” Without seeing through both of these lenses, you not only miss the whole picture; you create a blind spot. As people who seek change in the way this country delivers education, we need to see more, not less—and with more people.

So let the dust settle, friends, as this too will pass. Remember it. Learn from it. But our work on behalf of kids remains, and it will not get done without all of us.

Derrell Bradford is the executive director of the New York Campaign for Accountability Now (NYCAN).

Editor's note: This post was originally published in a slightly different form at the 74.