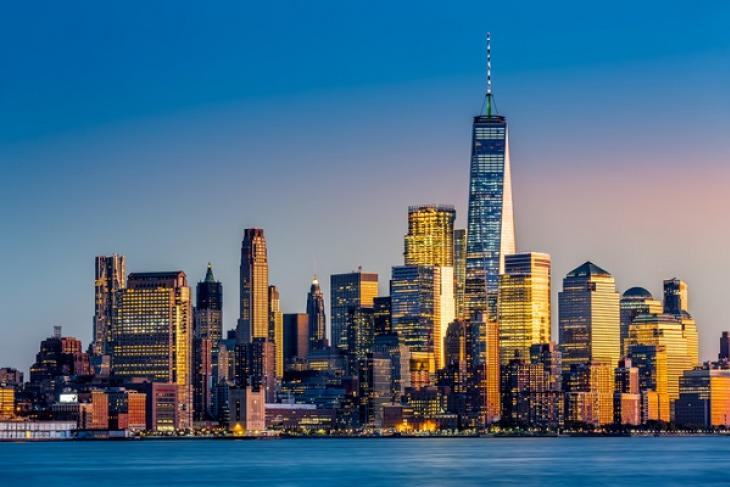 With New York City Schools Chancellor Carmen Fariña stepping down and the de Blasio administration reportedly conducting a national search for her replacement, here are some serious (and not-so-serious) suggestions of intriguing candidates to run the city’s schools during the mayor’s second term.

Lin-Manuel Miranda: The creator of Hamilton is a product of New York City public schools and a former English teacher. No one has done more to improve history education than he has. He’s a certified genius and should be on the short list for all the jobs. Plus, his freestyle-rap press conferences would be awesome.

Eva Moskowitz: None other than education historian and reformer-turned-anti-reformer Diane Ravitch suggested this a few years ago during an interview on Brian Lehrer’s WNYC radio show. When Lehrer mentioned how Moskowitz’s schools outperformed almost all other public schools and asked if they should be considered a model, Ravitch responded: “I think that Eva Moskowitz needs to take over an entire school district so that she can show what she can do when she takes all the kids. The kids with disabilities. The kids who don’t read or speak English. That would be a proof of her methods.” Indeed, it would. For the record, Moskowitz has shown no indication that she’s interested in the job and has provided her own list of fourteen possible candidates.

John King: As a former teacher, school leader, New York State commissioner of education, and secretary of education, King is certainly qualified. He is a champion and cheerleader for strong educators and understands the importance of strong schools. After losing both of his parents at a young age, King found that school was the safest, most stable and nurturing place for him. “New York City public school teachers are the reason that I am alive,” he said at the White House after his nomination was announced by President Obama. King would be a controversial choice to lead the city’s schools. He was at the helm of the state department of education during the bumpy roll out of the Common Core and the state’s teacher evaluation law. He also has a long history of involvement in charter schools, often the subject of heated debate in the city. He founded one of Boston’s first charter schools, Roxbury Prep, and went on to play a lead role in the Uncommon Schools charter network. But the tumult over the Common Core and teacher evaluations has subsided. And King could offer a much needed reset between New York’s department of education and the city’s growing charter school sector.

John White: A former deputy chancellor during the Bloomberg administration, White has served as Louisiana’s superintendent of education for the past six years. During that time, he has implemented a host of innovative reforms, including a unified child-care system and improved professional development for teachers. A unique hallmark of his tenure has been a focus on curriculum. While there is no silver bullet in education, a growing body of both empirical and real-world evidence makes a compelling case that quality curriculum is a key component of student success. Under White’s leadership, Louisiana has reviewed more than one hundred curricular programs according to their alignment with state content standards. The state leaves it up to districts to select curricula but helps them make informed decisions and facilitates professional development for the most highly-rated options. Louisiana keeps track of the curricula that districts are using; about 80 percent now employ materials from the state’s top rating tier. (Fordham senior fellow Robert Pondiscio wrote an excellent article that discusses the curriculum-driven reform efforts in Louisiana.) White’s reforms appear to be generating results. Louisiana fourth-graders achieved the highest growth among all states on the 2015 NAEP in English, and the second highest in math.

Tom Boasberg: The superintendent of Denver Public Schools since 2009, Boasberg is being mentioned by some as a potential replacement because of the great strides that Denver’s schools have made during his tenure. Denver’s ninety-two thousand students have seen large growth on state tests, and there has been a twenty-five percentage point gain in graduation rates. His bio emphasizes his non-ideological approach to solving problems. And he put in place a common enrollment system in Denver that seems to be working well. Earlier this year, the de Blasio administration released a School Diversity Plan that many criticized as insufficiently bold. A well-crafted common enrollment system similar to the one put in place in Denver could help deliver greater equity and diversity to the city schools. In Denver, parents list their top school choices, including district and charter schools, and a computer algorithm matches selections with available seats, ensuring a somewhat even distribution of high- and low-income, special needs, and English language learner students. Students retain a default, zoned assignment, but the school choice application offers parents a single application, timeline, and process for applying to any school in the city.

Shael Polakow-Suransky: With more than 1.1 million students and 1,800 schools in the city, it makes sense to select someone familiar with the inner workings of the nation’s largest and most complex school district. Shael Polakow-Suransky, currently president of Bank Street College of Education, has experience at every level of the city’s school system. After teaching for several years at public middle and high schools in Harlem, in 2001 Polakow-Suransky became the founding principal of Bronx International High School, a small school designed to help new immigrants improve their language skills. In 2004, he joined the department of education’s leadership team and rose to second-in-command, serving as chief academic officer and senior deputy chancellor. Both de Blasio and Fariña offered strong statements of support when he left the department. Under Polakow-Suransky’s leadership, Bank Street has helped train the city’s new pre–K teachers, and he praised the program’s expansion on the New York Times op-ed page. Polakow-Suransky is a thoughtful, nuanced educational thinker. He supports testing, data, and accountability but advocates for better tests. He understands that improving teacher quality is essential but believes the best way to do so is via better teacher training. Meanwhile, he hails from a progressive background and believes in the tenets of progressive pedagogy. Polakow-Suransky is just the sort of pragmatic progressive who could forge the coalitions needed to continue improving the city’s schools.

Charles Sahm is the director of education policy at the Manhattan Institute.