Senate Republicans: Save the regs! (At least some of them.) 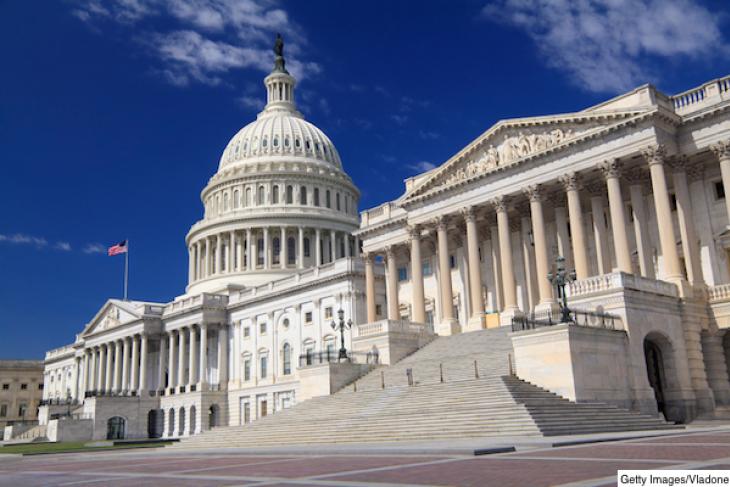 It doesn’t quite have the same resonance as Save the Children, or even Save the Whales, but Save the Regs is the cri de cœur in education wonk circles today. And for good reason: Congressional Republicans’ intent to repeal but not replace the Obama Administration’s accountability regulations via the Congressional Review Act is about to make ESSA implementation a whole lot more difficult than it needs to be.

Let me be clear. I am not a fan of the entirety of the regulations that former Secretary John King published in November. In true Obama Administration style, King and company seemingly went out of their way to recreate the red tape that Congress wanted to cut when it enacted ESSA. If the only choice is all or nothing—keep the whole package, or kill it all—I’d choose nothing.

But that’s not the only option. Secretary DeVos, if left to do her job, could pick and choose—getting rid of the regulations Republicans don’t like, while keeping the ones they do. (More on the mechanics in a bit.)

And indeed, there are rules worth saving. Anne Hyslop did us all a great service last week when she detailed forty of the most important provisions in the accountability regulations. The first twenty, as she wrote, codified “additional flexibilities” that ESSA did not explicitly provide to the states. Some of the most important, in my view, include the following permissions:

I’ve been in touch with senior Republican staffers in the Senate who argue that Secretary DeVos can reinstate these same permissions via Dear Colleague letters, guidance, and the like. Perhaps. But as Brandon Wright argues, and as state and local officials know all too well, only regulations have the weight of law; guidance is just that—a suggestion. And compliance-oriented bureaucrats have learned to be careful about adopting policies or practices that aren’t explicitly codified in law or regulation.

That’s because they all can tell you stories about civil servants getting slammed by the green eyeshade gang—especially those from the Office of the Inspector General—for not following the auditors’ interpretation of a law. Take the example above about letting school improvement dollars flow to non-Title I schools. That’s important because many high schools don’t receive a Title I designation, but still might be in need of a turnaround. So can such schools get federal improvement funds or not? Without a regulation on the books, many local officials won’t take the risk of being accused of misallocating federal funds, and thus won’t take the chance of spending millions of dollars on high schools. That has real-world consequences.

Or what about the regulations’ allowance of using an index to measure academic achievement, rather than proficiency rates alone? This is a passion of ours at Fordham, as we think it sends an important signal to schools that the achievement of all kids matters, not just the “bubble kids” near the proficiency line. But states may be afraid to propose a performance index in their ESSA plan if they don’t know if it will be approved—especially if they need to change state law as part of the process.

Senate Republicans, then, should scrap their plan to use the Congressional Review Act to kill all of the accountability regulations outright. Instead, Secretary DeVos should immediately identify the Obama Administration regulations that she and her team do not plan to enforce. (Most of the twenty items on Anne Hyslop’s list of “rules providing consistency, transparency, or clarity” are good candidates.) The rest would remain operative—especially the ones granting states and local officials greater flexibility than the law itself. That would keep the implementation process moving forward, as states prepare their ESSA plans for the April and September deadlines.

Then, on a more leisurely timeline, Secretary DeVos and her team can redo the rulemaking process—officially getting rid of the regulations they don’t like, and keeping the ones they do. (They might also want to add a few, such as ones Christy Wolfe recommends that would promote the cause of parental choice and innovation.)

Senate Republicans have a sledgehammer; Betsy DeVos has a chisel. They should let her use it.