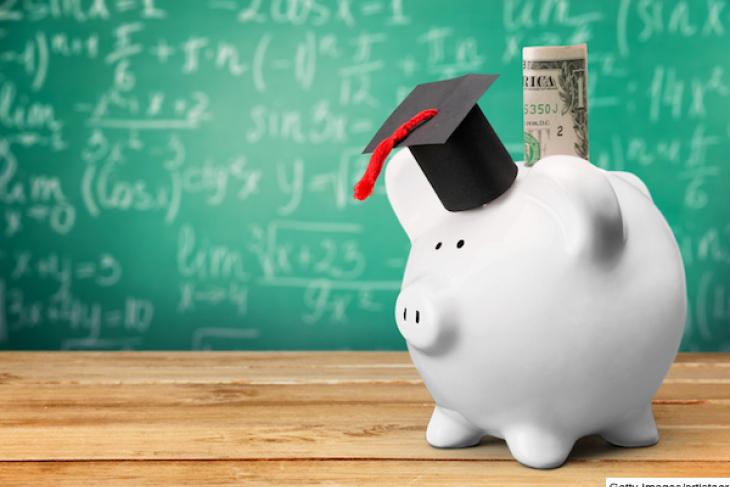 Establishment folks in public education have done their best to make charter schools and other parental choice programs look like the Devil. Their story about how such programs drain money from public schools now seems as much a part of American folklore as Pecos Bill or Paul Bunyan. How many times did you see the words “siphoning money” in print in the weeks prior to Betsy DeVos’s confirmation?

But there’s a difference between propaganda and reasoned discourse. The truth is that traditional public schools do not need and should not claim public funds that would have come to kids who no longer sit in their classrooms. When they take advantage of new policy opportunities, including the funds they provide, private and charter schools are cheating no one. They are innovators who are fulfilling our nation’s promise to educate its children.

Parental choice programs do indeed transfer funds from some schools to other schools. Usually, they take from schools that can’t give kids what they need and give to ones that can. But it’s not that one school is the white- and the other the black-hatted cowboy; it’s not that one school is “public” and the other is a public enemy. All of the diverse school options supported by public funds comprise the public education system.

There is another financial aspect of public education for us to consider in the debate over school choice: the long-term burden that taxpayers bear when our public schools fail to educate students—for generations.

A recent study from my home state of Wisconsin suggests that, far from swindling taxpayers, Milwaukee's Parental Choice Program (“MPCP”) will save them half a billion dollars in the long term.

As someone who lives in Milwaukee, I know what happened with St. Marcus School Lutheran School. St. Marcus is urban, and close to 100 percent of its kids are poor. But 90 percent of students at St. Marcus graduate.

In 2013, this school wanted to expand. It found an empty public school building with an assessed value of $880,000. But the City of Milwaukee required a $1.3 million fee in addition to the purchase price. Why? Well, to cover the “cost” to the community of students leaving Milwaukee’s traditional schools. The exorbitant price killed any possibility of a deal. And it was based on a myth.

Science to the rescue: the failed St. Marcus deal roused Dr. Will Flanders of the Wisconsin Institute for Law and Liberty and Dr. Corey DeAngelis of the University of Arkansas. The men worked together to investigate potential taxpayer losses due to schools participating in the MPCP. In their study, Flanders and DeAngelis discovered that, far from causing losses, schools like St. Marcus have a major positive tax impact. This is down to what I underlined in the beginning: high graduation rates.

By running the numbers on welfare and tax revenues and the impact of graduation rates on earning potential, the study found that MPCP grads could generate a positive inflow of $473 million to taxpayers by 2035. DeAngelis and Flanders also found that students from schools like St. Marcus will commit fewer crimes, so they’ll save another $26 million in public revenue by reducing the need for police officers and prisons.

Flanders says, “The debate over school choice is almost always focused on the so-called costs. What we want to show is the other side of the ledger, the economic benefits of the Milwaukee Parental Choice Program, and how higher graduation rates and lower criminality [are] associated with earning a better job and being less reliant on government programs and welfare.”

My experience on the ground bears that out.

A while back, I met a man named Jose. He is father to two students in a private school I was visiting. The tattoos on his face marked him as a former criminal, and indeed he had been in gangs and gone to jail. But his marred face was transformed by a radiant smile. Beaming with pride, Jose told me he personally drives his kids to school every day. Watching them enter the building in the morning, he knows they are on the path to college. They won’t make the mistakes he did.

The DeAngelis-Flanders study merely quantifies what parents like Jose already know: when moms and dads are empowered to choose the best learning environment for their kids, achievement follows. After graduation, these students flourish at work. Individual families win, but so do the city and the country as a whole. That’s good parenting and good economics.

As Americans, we can’t let entrenched interests or old institutions cut off kids’ futures just because it is easier or more comfortable for them in the short term. A dream like our American dream needs planning. It needs work. The wise citizen looks far ahead. The brave and patriotic citizen isn’t afraid to break new ground to get to the city on a hill of which Winthrop spoke. A neighbor who cares about his neighbors—and his neighbors’ kids—will cast off what’s old and broken in the public schools for something new that works.