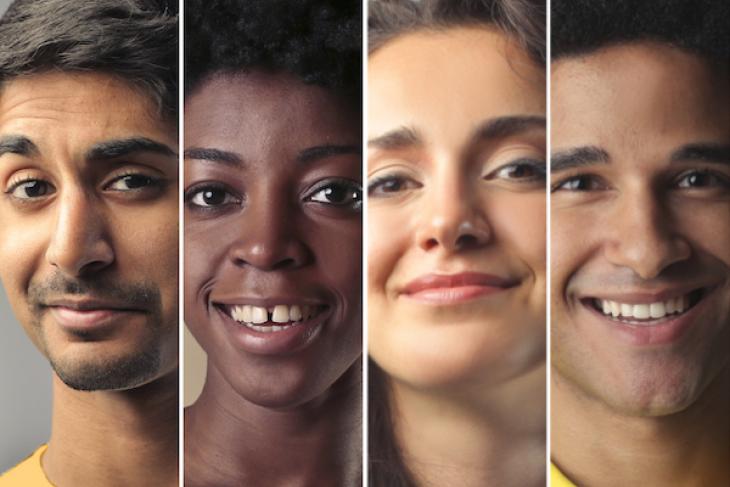 Education leaders and policymakers should be just as concerned about what happens to young people after they exit their schools, I would argue, as they are about what happens to these students before they cross the dais on graduation day. Do they have the momentum, the skills, the confidence, and the know-how to stride right into success in postsecondary education or a decently paying job? Are they ready to be engaged citizens in our democracy and good parents? Such leaders should say to themselves: I know I don’t have direct leverage after these kids graduate, but am I doing everything I can during the four or eight or twelve years when I do have some influence to prepare them for the leap into adulthood and—let us hope—the middle class?

If that makes sense to you—if you believe in “beginning with the end in mind”—then Coming of Age in the Other America should be at the top of your back-to-school reading list. To be clear, this is not an education book. Schools are treated superficially, mentioned only in passing; education reform is completely invisible. But educators and education policy wonks should read it nonetheless, because it provides one of the most compelling depictions you’ll ever find of poor teenagers struggling (often heroically) to make the transition from high school to adulthood.

The book is set in Baltimore, a city that already looms large in the public imagination as a model of postindustrial urban decay. The authors, accomplished sociologists all, place the book in this context, arguing that the pervasive narrative that Baltimore’s youth are just a bunch of “thugs” is hugely inaccurate as well as unfair. The young people featured in their pages “scorned the drug dealers and other hustlers who dominated the public space of their neighborhood.”

These youth do, however, face incredible odds—the “long shadow” of poverty that makes upward mobility such a rare occurrence in America today. We’ve all seen the statistics; this book adds names and faces to common facts and figures.

Coming of Age in the Other America is the result of a decade of fieldwork with 150 African American youth in some of the most disadvantaged parts of Baltimore. The study’s subjects were born in the late eighties and early nineties (meaning they’re in their mid to late twenties today). They were selected because their parents had volunteered for the Moving to Opportunity (MTO) program, an initiative to enable low-income families to use housing vouchers to escape high-poverty neighborhoods and move to mixed-income ones instead (see “New Kids on the Block” and “All Over the Map,” Fall 2007). Not every young person’s family won a housing voucher, but almost all of them eventually moved to mixed-income neighborhoods regardless, thanks to the destruction of several large housing projects at the same time.

The authors interviewed all 150 individuals for several hours each and then selected twenty subjects (who “represented the range of outcomes—positive and negative—that we had observed”) to get to know even better. The authors also had decade-old interview data from these kids’ parents, which provided even more context for their lives.

There’s good news in the book, mostly that these young people are doing markedly better than their parents in terms of reaching a certain level of educational attainment (most graduated from high school), enrolling in postsecondary education, and finding employment. (These findings track with evidence from Raj Chetty and colleagues that MTO children whose families moved to a lower-poverty neighborhood when they were young completed more schooling and earned more as young adults.) In the authors’ words, they are aspiring to “mainstream goals.” The bad news is that the vast majority still failed to complete college or find steady work with a living wage. These trends—both positive and negative—largely track with the national picture for disadvantaged minority youth.

The reasons for their struggle are what should captivate K-12 educators and were true even for the “most promising students” in the study: “Family, school, and neighborhood could still act as an ‘undertow’—a drag on their momentum as they attempted to launch,” which “compelled them to take shortcuts to fulfill their ambitions, propelled by the need to make an expedited leap into adulthood.”

This expedited leap is in sharp contrast to the new normal for upper-middle-class twenty-somethings, who are taking their time hitting the milestones that mark the road to maturity. But for impoverished youth, the strong desire to get out of their parents’ cramped housing and leave behind dangerous neighborhoods means that making money becomes job number one. And that can easily get in the way of the pursuit of postsecondary education.

It also makes disadvantaged kids easy prey for unscrupulous and greedy for-profit trade schools. Such schools promise quick, easy entry into decently paying jobs after just a few months of training. But because so many poor youth are unprepared to succeed in even these programs and are often distracted by having to show up for their low-wage jobs at the same time, they rarely complete the degrees. Even when they do, the jobs on the other side hardly pay enough to make up for the big debts incurred. It’s a trap that can make the ascent to the middle class that much harder.

Also of interest to education leaders should be the authors’ investigation of what differentiated the kids who “made it” by finishing a postsecondary credential or finding a middle-class job from those who didn’t. There’s reason to be skeptical of the sociologists’ conclusion—again, they didn’t look deeply at the educational experiences of their subjects, which might have explained a lot. But their argument is persuasive nonetheless. Namely: the upwardly mobile kids found a passion. They developed what the scholars call “identity projects”—“a source of meaning that provides a strong sense of self and is linked to concrete activities to which youth commit themselves.” (The notion sounds quite similar to what Stanford University professor Bill Damon—a conservative!—calls “purpose.”) These projects allowed young people to develop an identity that was an alternative to being on “the street” and often came in the form of artistic, musical, or vocational pursuits. It powered the holy grail of grit that allowed these youth to persevere in the face of adversity.

We meet Terry, for instance, whose life is tragic beyond imagination. He grew up in the projects with an abusive, drug-addicted mother, escaped to the foster care system, and eventually ended up living in a city park for months on end. Miraculously, he found his own identity, first as a “perfect attendance kid” at school, then as a part-time worker, and later as an aide for a special needs student.

Then there’s Cody, who also grew up with an abusive mother in a run-down housing project but found his identity in high school, first as an athlete and then as a dedicated recruit in the Junior ROTC. When we last see him, he’s on his way to pursue his dreams in the military and later, he hopes, as a Baltimore police officer.

In the end, the authors urge educators to help students develop identity projects, especially by resisting the urge to cut funding for the arts, athletics, and other “extras” and extracurriculars. They also support high-quality career and technical education programs, mostly because such programs have the potential to help kids find a real passion, though I would add that they are also the best defense against predatory trade schools. (Great CTE models put high school kids on a fast track to rigorous technical schools at the postsecondary level, making low-quality trade schools an unattractive option.)

These recommendations are fine, but they aren’t nearly enough. Why not embrace models, including in the charter schools sector, that work overtime to help low-income kids make the transition from high school to college or career? KIPP Baltimore, for example, has seen great success with its “KIPP through College” program, thanks to its obsessive focus on preparing K-12 students and then continuing to provide support once graduates are on college campuses. KIPP administrators even identify colleges that have demonstrated a commitment to helping first-generation students succeed and encourage their graduates to enroll there. The administrators at KIPP and similar schools understand the “undertow” and don’t expect kids to escape it all on their own.

So don’t read the book for its education policy prescriptions. But read it nonetheless, especially if the long shadow of childhood poverty is fuzzy in your mind. After reading this important, compassionate work of scholarship, the challenges will be crystal clear.

Editor’s note: This essay originally appeared in Education Next.