The retreat from "college readiness" 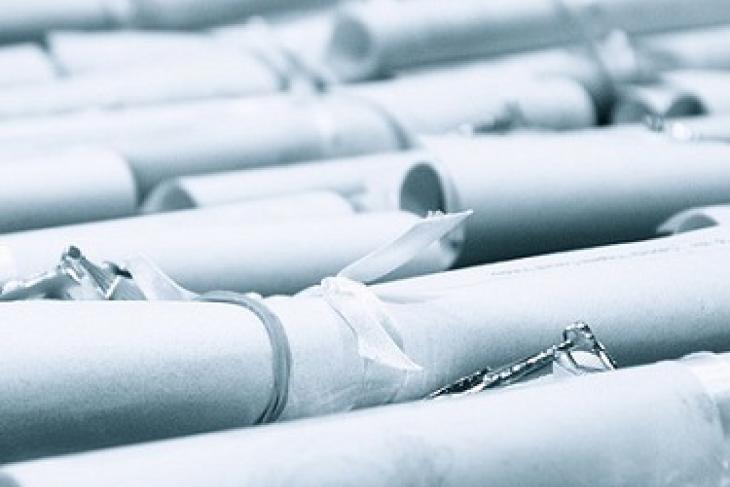 A vast amount of contemporary education policy attention and education reform energy has been lavished on the task of defining and gauging “college readiness” and then taking steps to align K–12 outcomes more closely with it. The ultimate goal is for many more young people to complete high school having been properly prepared for “college-level” work.

The entire Common Core edifice—and the assessments, cut scores, and accountability arrangements built atop it—presupposes that “college-ready” has the same definition that it has long enjoyed: students prepared to succeed, upon arrival at the ivied gates, in credit-bearing college courses that they go right into without needing first to subject themselves to “remediation” (now sometimes euphemized as “developmental education”).

But this goes way beyond Common Core. Advanced Placement courses also rest on the understanding that an “introductory college-level course” in a given subject has a certain set meaning and fixed standards. The people at ACT, the College Board, and NAGB have sweat bullets developing metrics that gauge what a twelfth grader must know and be able to do in order to be truly college-ready—again, in the sense of having solid prospects of succeeding in credit-bearing college courses in one subject or another.

Lying beneath all this are a thousand sad sagas of students who complete high school near the top of their class, having met all graduation requirements and gotten good grades, only to discover upon arrival in college—even community college—that they are not prepared to succeed. (That’s why so many colleges and universities, particularly the open-admission kind, administer their own placement tests to incoming students. High school success is enough for entry, but it just won’t cut it when it comes to readiness for college-level academics.)

All of which has led to the embarrassment and expense and frustration of widespread on-campus remediation. Matriculating students by the kazillion (it really does reach 75 percent in some colleges) are sent into high-school-level—even middle-school-level—courses that yield them no credit toward a college degree and often lead to discouraged kids dropping out. Such courses also cost plenty, whether that cost is borne by students (with loans!), parents, or taxpayers. When successful, though, they really do qualify students to tackle credit-bearing, college-level courses that can yield a degree of some worth in the real world.

The idea of graduating more “college-ready” kids from high school is intended to lighten the remediation burden, soup up the K–12 curriculum, shift graduation expectations from course completion to standards attainment, make college attendance and completion closer to universal (especially for poor and minority kids), bring overdue alignment to the junction between K–12 and higher education, and ultimately reduce the costly, dysfunctional exasperation of millions of college students taking classes that yield no college credit. Make the K–12 system do it right the first time!

I’m not imagining this scenario. It’s beginning to play out in the unreal world of American higher education, including perhaps the most surprising place of all: the Commonwealth of Massachusetts, site of the much-lauded “Massachusetts education miracle.” Take, for example, recent actions from the Bay State’s Board of Higher Education. Among its myriad questionable decisions, the state now permits a 2.7 high-school GPA to substitute for passing a college-administered placement test. In practice, this means that high school teachers will set the “college-ready” bar every time they give students a grade of B-minus or better. Worse, a kid with a D in math but good grades in photography, gym, and basket weaving could easily end up with a 2.7 GPA and find himself in a credit-bearing college math course. And we haven’t even mentioned the wide variability in grading standards from classroom to classroom, school to school, district to district, and state to state. So much for Common Core—and every other attempt to forge uniform academic standards.

If you’re not already ill, consider what happened when they did something similar in Florida’s twenty-eight “open-access” institutions of higher education:

Alarmed by the high dropout and failure rates for college students who start out in remedial classes, Florida lawmakers voted last year to make such courses, and even the related placement tests, optional for anyone who…earned a [high school] diploma….The optional-remediation law is forcing professors in college-level composition classes to spend time on basic sentence structure, while mathematics teachers who were ready to plunge into algebra are going over fractions.

Not only is middle school content finding its way into college classrooms, college credit is being awarded for learning it!

Talk about “defining deviancy down”!

Worse, this dumbing down—always with the noblest of intentions, of course—carries the imprimatur of advocacy groups like Complete College America, headed by respected former Indiana Commissioner for Higher Education Stan Jones and generously supported by the likes of Gates, Carnegie, Helmsley, and Lumina. These folks staunchly support the Common Core, too, “college-ready” and all (and some of them support our work at Fordham). Is it possible they don’t see the contradiction between “college-ready” and “corequisite remediation,” one of the five big “game changers” being pushed by Dr. Jones and his team (and being snapped up by at least three states, according to their website)?

Their intentions really are noble. We know that placement exams aren’t perfect, and some kids who could do credit-bearing work are being put into remediation, where they get demoralized. But those are students near the college-ready bar, not functioning at the level of middle school math. And this problem can be tackled by adding relevant information to the college’s course placement decisions, not by substituting meaningless GPAs for on-campus placement.

What, you may reasonably wonder, is “corequisite remediation” besides gobbledygook? Here’s the key sentence: “Make enrollment in college-level courses the default for many more students.”

Which means, of course: Do not send them to remediation, no matter how ill-prepared they may be for college-level work as traditionally defined. Put them in credit-bearing courses anyway.

Yes, some students (and some professors) will rise to that challenge. But what’s the surest way to make this “default” strategy succeed, and thereby prove that it was a great reform? You don’t need a college education to answer that one! Just teach fractions and sentence structure to students in courses that you label “college-level”—even though they’re not. Dumb ‘em down. Cheapen the currency. And again defraud the students (and anyone who might someday contemplate employing them) into believing that they really were prepared for college and are now getting a college education, even though neither of those statements is actually true.

Recent days have brought further evidence that the “everyone should go to college” campaign remains powerful, not just in the United States but in many other parts of the world. And all this insistence comes with practically no attention paid (as editors of The Economist noted the other week) to whether anybody is actually learning anything in college. There’s a strong possibility that that sought-after degree is more “signaling credential” than evidence of a well-stocked brain.

There’s already concern about the integrity and value of the college degree. This isn’t just because there are so many more of them, but also because of mounting evidence that many people earning them still have troubling gaps in their skills and knowledge. More and more employers now seek either postgraduate degrees or entirely different kinds of credentials having more to do with demonstrated competency than with credits earned. Research also shows certain degrees—in specific fields and/or from specific institutions—to be far more valuable than others. The last thing American education needs—and a potentially mortal wound to other reform efforts—is to further cheapen the meaning of “college-educated.” Which cannot be severed entirely from the meaning of “college-ready.”