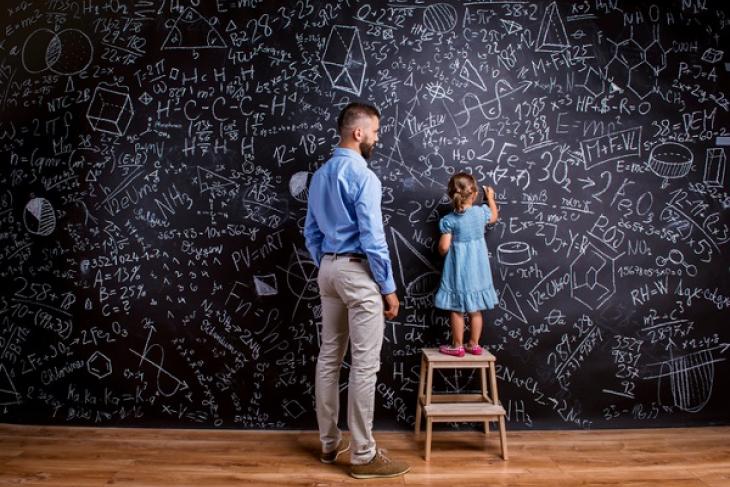 In a time when education’s practitioners, scholars, and reformers seem to be finding less and less common ground, the issue of education’s resistance to evidence-informed practices is uniquely unifying.

A wide range of education thinkers, for instance, from cognitive scientists to ed historians to practical researchers, calls it out all the time, and they’ve done so over several decades and from numerous points around the world. And in the U.S. especially, policymakers have loosed various (though sadly toothless) bureaucratic hounds over the past two decades to encourage better research literacy and application.

Unified as all these policy and scholarly forces are on the question of evidence-supported practice, not much seems to be changing at the school level. Indeed, at the practical level, education to a large extent remains—as Mike Petrilli put so well last year for Fordham—“a field in which habit, intuition, and incumbency continue to play at least as large a role as research and data analysis.”

And, as my book Education is Upside-Down argues, until the right—as in research-verified, not intuitively appealing—changes are made at the practical levels, it’d probably be wise to not get our hopes up about all those big-“R” reform things like increased accountability, expanded innovations, and the rest.

All that said, the resistance to evidence-supported practices is certainly not something to hang fully on school-level professionals. School administrators and teachers, after all, are generally expected to learn about and carry out the improvement initiatives prioritized by their district-level and even state-level superiors, whether those initiatives are strongly supported by evidence or not.

Often determined well outside building-level professionals’ sightlines and according to rationales the front-liners have little idea about, it’s rather shortsighted to believe that teachers themselves are the ones most responsible for education’s practical evidence deficit. Teachers aren’t the ones, after all, picking out most of the faddish processes and practices that march into (and inevitably shuffle out of) their districts from year to year.

At the same time, most teachers have at least some latitude, no matter how research-misguided their employing school/district might be, to strengthen their practices using research if they choose. And, done right, their independent work can actually create effective buffers against their schools’ preferred faddish and time-wasting practices. I made this choice myself, in fact, back when I was in the classroom (a journey I describe a bit in the preface of Education is Upside-Down and in pieces like this one), and I’m forever grateful for all it brought to my teaching and to my eventual career beyond the classroom.

True as that might be, I won’t pretend: Doing my own professional development and integrating it into my practices was extremely time- and energy-intensive, and it was hard to balance with the young family I had at home and all that other school stuff teachers do, like coaching, advising co-curriculars, committee work, etc. Worse, learning all I did through that independent work made my frustrations with education’s systems rise even higher than they’d been to begin with, and that probably wasn’t real healthy for me.

As fortune would have it, a worldwide community has sprung up in the past few years that can help research-interested teachers learn more efficiently and more collaboratively than I ever could have dreamed when I started my own research-to-practical-improvement journey.

This community was started by a group of frustrated British teachers who were using social media in the mid-2010s to compare notes about their teaching practices and what they were learning from educational research. Tom Bennett, a teacher in the online group, eventually suggested that the group try its hand at organizing its own conference dedicated to evidence-supported instructional practices.

At the event they engineered, speakers ranged from community-respected academics to everyday practitioners, all talking about using evidence to guide instruction and sharing references for future study. The event was promoted via Twitter and the community members’ personal blogs, and it attracted over five hundred curious teachers from across Britain and elsewhere.

Enthusiasm grew for more such events, and the organization researchED was formed—with Bennett at the helm—to build them across England. Within only a few years, researchED has grown to offer events in several European countries, Australia, and the U.S. And, held together by these convenings, the online community of educators collaborating and creating content has grown by leaps and bounds: the researchED National Conference in London on September 7, for example, had over 1,200 in attendance, with hundreds more on waiting lists for tickets.

I plugged into researchED in around the 2014 release of Education is Upside-Down, when the book caught the attention of some researchED faithful and I was invited to speak at a few U.K. researchED conferences. After those events, I felt moved to ask Tom Bennett if it’d be all right for me to work on building something similar in the U.S.

The simple truth is that no professional development opportunities or models in American education have anything close to researchED’s practitioner focus, intellect, humor, commitment to research literacy, generosity, or continuing connectivity, and I’m rather bent on seeing American educators get as excited about their professional learning as I’ve seen at British researchEDs.

I’ve been fortunate to work on two researchED conferences, last year’s in Washington, D.C. and the one we have upcoming at Achievement First High School in Brooklyn, NYC, on Saturday, October 7. Whether you’re hoping to learn about important ed research from leading researchers (like Morgan Polikoff, the Learning Scientists, Mark Seidenberg, Ed Trust’s Karin Chenoweth); improving research-driven decisions in policy (50CAN’s Derrell Bradford, NCTQ’s Kate Walsh, Fordham’s Robert Pondiscio, Johns Hopkins’s David Steiner); instructional principles (Reading Reconsidered co-author Colleen Driggs, The Writing Revolution’s Natalie Wexler and Sherry Lewkowicz, JUMP Math’s John Mighton); or classroom/school application (Blake Harvard, Bondo Nyembwe, Jon Gutierrez, and Andy Sachariason), you’re sure to find much of value there. And at an admission price of $50, researchED’s learning-for-dollar value is not one I think any other conference out there can match.

The education enterprise has waited long enough for the best research and evidence-supported practices to reach schools and classrooms, where they matter most. Rather than argue about all the reasons for the blockages though, researchED would like to help teachers get the information, skills, and connections they’ll need to build instruction that truly works (and, of course, to push back on initiatives that don’t). The energy around this movement is significant in Britain and elsewhere around the world. We’d love it if you came out to Brooklyn on October 7 to see what it’s all about.

Eric Kalenze is the author of Education Is Upside-Down: Reframing Reform to Focus on the Right Problems and blogs at A Total Ed Case.