Rekindling moral education: A worthy challenge for schools of choice 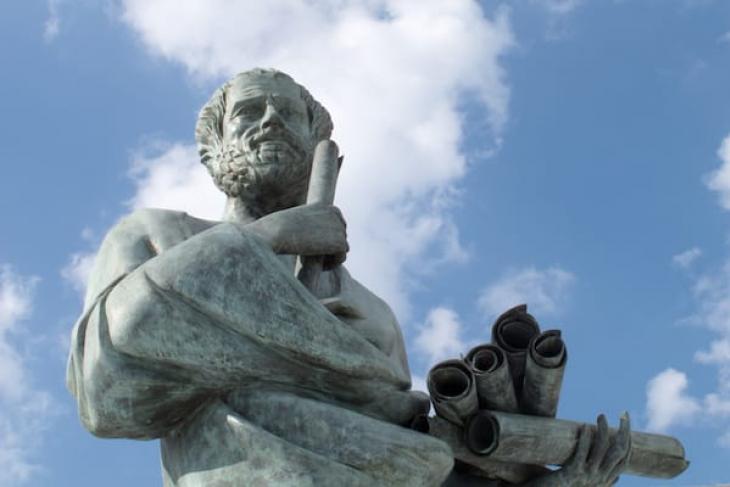 Late December brought not one but two excellent disquisitions on moral education, both the importance of rekindling an emphasis on it in American schools and some thoughtful advice as to how to go about it. Each does a nice job of explaining why such rekindling is needed at this time—though unless you’re completely off the grid you already know why: not so much because of troubles with private morality (teenage pregnancy rates are down, etc.) but because of manifest failures in the public and semi-public squares: with honesty, integrity, and trustworthiness, both on the part of elected officials and in the small venues where we observe an excess of selfishness, cheating, laziness, and willingness to be a burden on others.

The moral and ethical renewal that American society needs, and that our schools have an obligation to do their best to infuse into their pupils, is the Aristotelian kind, nicely defined by Washington Post columnist Michael Gerson as human beings “exercising their reason and habituating certain virtues, such as courage, temperance, honor, equanimity, truthfulness, justice and friendship.” Gerson deplores—correctly in my view—today’s tendency among our public officials and many others to disregard Aristotle and instead embrace the version derived from Rousseau, which prizes authenticity and self-expression rather than virtue. As he writes:

It's high time we—and our schools—refocus on character building, and the two December articles suggest ways of doing that. I’ll get to them in a moment, but first want to flag what an important opportunity—and perhaps obligation—this is for schools of choice, both public and private. Compulsory-attendance public schools, especially when operated by large political bureaucracies, are pretty much obligated to seek a broadly acceptable “common denominator” when it comes to values, ethics, character, even civic education. They can do a fine job (though few do) of teaching the Declaration of Independence, the Bill of Rights, and such universal values as tolerance. But they don’t dare fly too close to the sun of “habituating certain virtues” lest they offend some part of their constituency, get their wax melted, and fall into the sea.

Schools of choice are different. Because nobody is forced to attend them, their curricula and pedagogy can be distinctive, even idiosyncratic, and specially designed to appeal to particular constituencies.

Parochial schools have done this forever—not just the Roman Catholic kind, but also Jewish schools, evangelical Christian schools, Lutheran schools, Islamic schools, and more. They openly and eagerly embrace virtue and morality, often in the context of religious formation, and the values, mores, and practices associated therewith. This, of course, causes some people to fret that such schools may not provide their students with a broad-enough education and may not be teaching kids to accept others who are different. These are legitimate concerns, somewhat ameliorated by state licensure requirements for private schools, accreditation norms, and the parent marketplace—as well as additional obligations that bear on schools taking publicly-funded voucher recipients in various places.

Charter schools and other public schools of choice also have considerable latitude in this realm, save for religion. Due to First Amendment considerations and the “Blaine Amendments” in many states, they mustn’t engage in direct religious instruction (though there can be work-arounds) and must satisfy applicable state academic standards and subject their pupils to statewide assessments. Within those limits, however, they can be very distinctive indeed, which leads to the remarkable diversity we see in today’s charter-school sector: from Montessori to “no excuses,” from classical academies to agricultural education, from great books curricula to discovery learning—and from sit-in-rows-and-wear-uniforms-and-speak-only-when-spoken-to to online learning and the most casual classroom atmosphere imaginable.

So long as they’re careful about the church-state barrier, public schools of choice also have wide-ranging freedom to engage in character education, values-centric education, civic education, and more. Many have built this into their “brands.” All are most certainly free to embrace Aristotle! Which brings me back (at last) to the dual essays of December 28, both of which end up recommending much the same approach to moral education, and both of which are easily adapted and applied to all schools of choice, both public and private.

Writing for the relatively low-profile History News Network, Eastern Michigan University emeritus history professor Walter Moss recalls the founders’ conviction that education in morality and virtue are indispensable elements of a proper curriculum, touches on key developments in the ensuing centuries, underscores the urgency in today’s America of developing citizens who take virtue seriously, and warns against the utilitarian impulse that leads many to focus only on preparing young people for remunerative careers. Then, citing psychologist Robert Sternberg’s article, “It's Not What You Know, but How You Use It: Teaching for Wisdom,” he goes on to advocate an approach to K–12 education that “teach[es] students to see ‘things from others' perspectives as well as one's own,’ [and] to tolerate ‘other people's points of view, whether or not one agrees with such views.’”

In the second article, this one in the high-profile Wall Street Journal, Drexel English professor Paula Marantz Cohen invokes the eighteenth-century philosopher Immanuel Kant—and ends up with almost exactly the same advice for educators. Kant’s celebrated “Categorical Imperative” has “three formulations, two of which are relevant here.” The first resembles the Golden Rule: “Act only according to that maxim whereby you can at the same time will that it should become a universal law.” But that alone, Cohen explains, doesn’t get us out of “our current moral morass.” Taken alone, in fact, she views it as part of the problem, for “[I]t suggests that how you want to be treated should be generalized for everyone,” which is “precisely what the right and the left are attempting to do now: Each side has its own concept of moral righteousness and no ability to find common ground.”

That problem is solved, at least in part, by invoking Kant’s second formulation: “Act in such a way that you treat humanity, which in your own person or in the person of any other, never merely as a means to an end but always at the same time as an end.” In other words, “never treat people as objects” and never treat “others as the means to impose our own ideals on the world.”

It’s not simple, but what Cohen calls “Kant in kindergarten” as a “litmus test for good behavior seems the only way back to sanity and civility.” Kant himself offered a path in an 1803 treatise (not previously known to me): “On Education.” As Cohen summarizes it:

What he termed “negative education” is associated with a child’s earliest training. It involves teaching that there is an authority beyond the self. This idea—which could, but need not, dovetail with religious instruction—lays the groundwork for a later “positive education,” which employs reason to examine and judge difficult situations in life….Parents would begin this process of moral training, and teachers would continue it from kindergarten onward, following a curriculum that inculcates the Categorical Imperative and analyzes situations in light of its two formulations. This would require teacher education programs to develop case studies, geared to different age groups, in which students would practice and hone moral judgment. It would mean inserting moral education into the training of teachers at all grade levels. This would help promote ideas traditionally covered by religion in a society in which religious exposure has diminished.

That would be a big challenge for compulsory-education schools, yes. But whether you get there via Sternberg or Kant, it’s something that schools of choice could do—and in my view should take very seriously. As Cohen says, “a society that abandons moral education…will be a debased and untrustworthy one.” Which sounds painfully akin to the one we’re seeing emerge in today’s America.