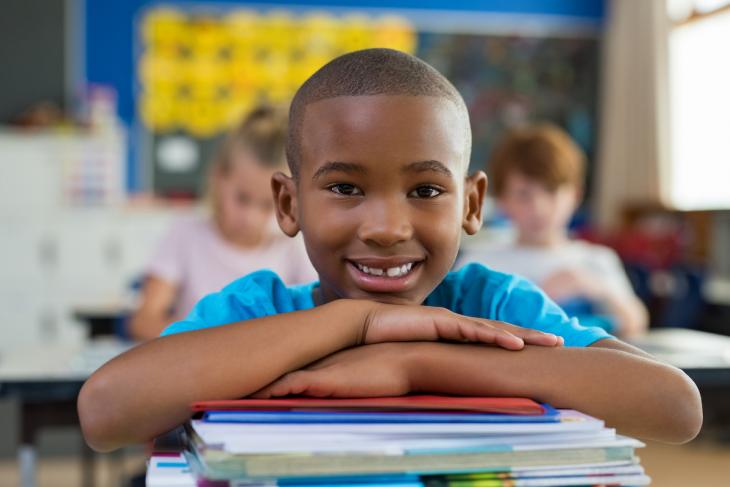 On September 25th, the National Center for Education Statistics (NCES) issued a report titled “School Choice in the United States: 2019,” which sorely misrepresents the prevalence, value, and impact of school choice over the last twenty years. Contrary to the researchers’ inexcusably oversimplified findings, the real story is that choice is working better than ever for the families that need it the most.

Everyone knows that the exercise of choice is expanding. Even a 5 percent increase in “chosen” public schools over fifteen years would be noteworthy. But a lot more than that is going on, and the report misses it due in large part to a flawed distinction between “chosen” and “assigned” schools.

The analysts assert that when children attend schools assigned by districts, their families didn’t choose those schools. But that analysis fails to account for the 20 percent of parents that told NCES that they moved to a neighborhood because of its public schools. These families exercised choice by choosing the neighborhood they live in. Commonly called “real estate choice,” this is actually the most prevalent way by which parents pick where their children will be educated. Such a path pretty much voids the concept of “assigned” schools for those twenty out of a hundred youngsters.

NCES’s researchers also fail to account for several other forms that public education now takes. One is open enrollment. Forty-eight states now have laws that enable families to enroll their children in any school in their district (called intradistrict choice), outside of it (interdistrict choice), or both. And this number has grown significantly in recent years with twenty state legislatures having enacted laws that expand open enrollment between 2014 and 2018.

There are now some 4,350 magnet schools serving 3.5 million students across the nation. For families that can gain admission, magnets are undeniably schools of choice. Typically, they’re public schools that use some sort of screening, preference or selection process to enroll students seeking specialized courses, often around a theme. There are also more than a million students using dual-enrollment programs to earn college credit while in high school. The report appears to ignore open- and dual-enrollment programs, and it merely mentions magnets without specifically examining them.

Thus, when framed and counted correctly, school choice is far more prevalent than the NCES report suggests. Whereas the report leads us to believe that only 31 percent of school-age families are enrolled by choice, that figure jumps to at least 61 percent when all the other forms of public school choice are taken into account.

Now let’s talk about the value and impact of school choice. The NCES report misrepresents the academic effects of the schools of choice it managed to count—especially the positive effects of charters. In at least five different sections of the report, the authors examined charters’ growth, student characteristics, and performance, including a comparison of their National Assessment of Educational Progress (NAEP) scores with those of traditional public schools. Notably, but misleadingly, the report says that, “In 2017, no measurable differences in average eighth grade reading and mathematics scores on the National Assessment of Educational Progress (NAEP) were observed between students in traditional public and public charter schools.”

Yet this statement is so methodologically amateurish as to qualify as invalid. Here’s why.

As the report properly notes, in 2016, public charter schools enrolled a student population that was disproportionately low-income, minority, and urban when compared with other public schools. Consider the following, all straight from the report:

Taking these factors into account, it is remarkable that charter schools nationwide achieved NAEP scores equivalent to traditional public schools. After all, they were growing very rapidly, serving a disproportionately low-income, minority population, and concentrated in cities where the prevailing conditions were less favorable to student success. Any competent analyst would have taken careful note, deployed proper controls, and striven to produce apples-to-apples comparisons rather than placing two watermelons side by side.

NCES’s researchers could have done a far greater service by examining school choice the way that students, parents, and educators do: Can they actually access high-quality schools that meet their distinctive needs and preferences? And can they do so within reasonable proximity to where they live?

What educators want are schools that serve students in a manner consistent with their values, beliefs, and expertise in environments where they are rewarded for success. Increasingly, educators can choose their places of work among many schools that take unique approaches to educating students. By moving from one school to another, they can choose which environment provides the best fit.

School choice in America has changed dramatically over the past two decades. Through the growth of charter schools and the other forms of choice described above, the landscape has expanded to reach many more low-income, minority students in cities, who did not historically have access to high-quality educational options.

This is the real story behind school choice. We still have a long way to go, but the landscape is dynamic and the performance outcomes are far from discouraging or static. In contrast to the NCES report, there is compelling evidence that school choice is successfully improving educational opportunities and outcomes for more and more learners and families at all places along the socioeconomic spectrum in urban, suburban, and rural communities alike.

Benjamin J. Lindquist is President of the Colorado League of Charter schools. Click here for his bio on the League website.