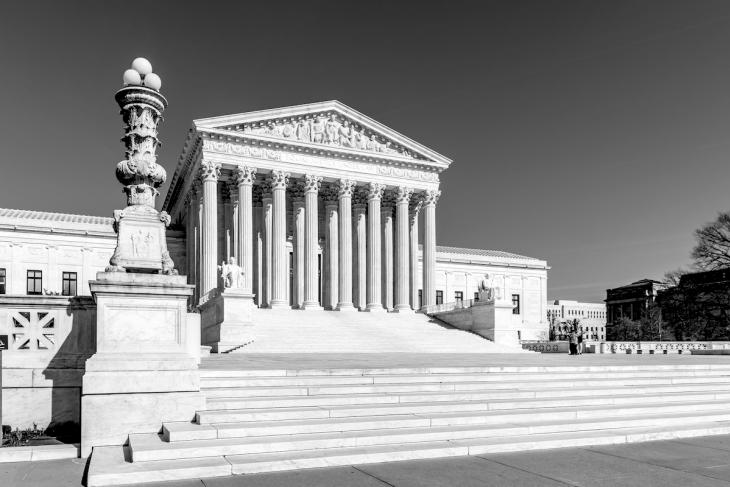 One of the oddest features of the 2019–20 Democratic primary season has been the return of the busing issue. Half a century ago, it nearly tore the party apart. Judicially mandated reassignment of students to achieve racial balance proved to be the most unpopular policy since Prohibition, opposed by overwhelming majorities of white voters. In city after city, Hispanic and Asian American leaders and parents fought to preserve neighborhood schools. By the mid-1980s, support for busing had fallen below 50 percent among African Americans. The parents of African American students subject to busing were often the most vocal opponents of the policy. Yet here were Kamala Harris and other Democratic candidates attacking Joe Biden for his position on an issue that had long ago faded into political oblivion.

The candidates who pounced on the former vice president seemed to have little interest in actually bringing busing back. From its origin in the 1960s to its slow demise in the 1990s, busing had only one reliable patron: the federal courts. Given this, it would be easy to dismiss the return of the busing issue as little more than a debater’s ploy to attack a leading candidate for the Democratic nomination. But Senator Harris’s nostalgic defense of desegregation in Berkeley unleashed a series of articles calling for the return of busing to address what is misleadingly called the “re-segregation” of American schools.

Not only is this line of argument a clear political loser for Democrats, but it badly distorts the history of school desegregation, preventing us from learning from that searing experience. Most important, by using the ambiguous term “desegregation” to cover vastly different policies, it keeps us from distinguishing between the features of desegregation that improved opportunities for minority children and those that did not.

In his opinion for a unanimous court in Brown v. Board, Chief Justice Earl Warren never explained what school districts must do to achieve desegregation. Nor did Warren provide an adequate explanation for why state-sponsored segregation is wrong.

Both NAACP lawyer Thurgood Marshall and the justices assumed that, in most cases, school districts would follow the standard practice of neighborhood schools. Neighborhood schools and the prohibition of race-based assignments: In 1954 no one considered these commitments “racist.”

The reinterpretation of “desegregation” to mean just the opposite—that is, to mandate use of racial assignments in order to replace neighborhood schools with racially balanced ones—came in two stages, the first directed by the Fifth Circuit Court of Appeals in the mid-1960s and the second by the Supreme Court from 1968 through 1973.

Faced with thousands of school districts that remained nearly as segregated as a decade before, judges and administrators used numerical benchmarks to determine whether schools were making a good-faith effort to comply with Brown. These benchmarks did not require strict racial balance, only evidence that the old patterns had been dislodged. The resulting desegregation orders were remedial—tough measures designed to confront officials who had defied the courts for many years.

The second stage came in three decisions the Supreme Court issued when it re-entered the picture after a decade and a half of silence. In Green v. County School Board of New Kent County, the Court issued a short, rhetorically powerful, but deeply ambiguous opinion that upheld the general approach of the Fifth Circuit, but added the enigmatic command to eliminate all “racially identifiable” schools.

In its 1971 Swann v. Charlotte-Mecklenburg Board of Education decision, the Court appeared to say that, for urban school districts with a history of legally-mandated segregation, desegregation requires racial balance in all its schools, even if that requires extensive busing of students (including those in elementary school) far beyond their neighborhood schools. Swann has since become the foundational opinion for those who believe that desegregation requires rather than prohibits the use of race in assigning students to particular schools.

The third Supreme Court decision on busing, issued in Keyes v. School District No. 1, Denver, Colorado in 1973, in effect applied Swann’s expansive remedies to cities outside the South. The Court later lowered the evidentiary threshold so that a school district’s failure to maximize racial balance constituted evidence of discriminatory intent.

In the Green-Swann-Keyes trilogy of cases, the Supreme Court departed so far from the original understanding of Brown—as well as from the Civil Rights Act, which stipulated that “‘desegregation’ shall not mean the assignment of students to public schools in order to overcome racial imbalance” (emphasis added)—that one must ask what lay behind this fateful transformation. The answer is apparent in the many lower-court decisions applying the Court’s contradictory, maddeningly ambiguous, and sometimes disingenuous opinions. The underlying problem, they explained, is not state-sponsored racial segregation, but racial isolation, whatever the cause. The most direct statement of this argument appeared in an influential 1967 report by the United States Commission on Civil Rights:

The central truth which emerges from this report and from all of the Commission's investigations is simply this: Negro children suffer serious harm when their education takes place in public schools which are racially segregated, whatever the source of such segregation may be. (Emphasis added.)

This message was transmitted to federal judges by respected expert witnesses. They confidently testified that the academic performance of minority children could be improved substantially if placed in schools that are 70–80 percent white. (Over 80 percent will leave minority children feeling isolated; less than 70 percent approaches the “tipping point” for white flight.)

Judicially mandated reassignment of students to achieve racial balance was thus transformed from an extraordinary judicial remedy for egregious racial discrimination to an education policy designed to improve the academic performance of minority students, even in districts praised by judges for their desegregation efforts.

This ambitious education-reform plan faced three challenges. First, the evidence on which it was based simply did not justify the confidence with which it was propounded.

The second problem was white flight: If desegregation orders lead white families to flee urban areas for the suburbs or private schools, then the presumed benefits of the project will be substantially reduced.

The third problem was that, in many cities, the percentage of minority students exceeded the “optimal” 30 percent even before judicial intervention. There, addressing “racial isolation” by making schools majority white required the creation of mega-school districts, fundamentally changing the way schools are governed.

In its 1974 decision in Milliken v. Bradley, the Supreme Court held that the suburbs could be included in mandatory desegregation plans only if there was evidence that they had engaged in “segregative acts.” After Milliken, federal courts ordered two-way busing that crossed political boundaries only once, in Joe Biden’s Delaware. In most instances, the buses would stop at the city limits.

The Supreme Court’s tacit embrace of the racial isolation argument in the Green-Swann-Keyes trilogy combined with the rigid constraint imposed by Milliken placed the lower courts in a terrible bind. In the 1970s, most district court judges required desegregation by the numbers, though some judges allowing more variation than others. Gradually they shifted away from a preoccupation with racial ratios toward experimentation with more extensive educational reforms. Meanwhile, school demographics were rapidly shifting, with the number of white students continuing to decline and the number of Hispanic students escalating. Desegregation issues were no longer black and white.

Today, it is hard to find a newspaper article on race and education that does not confidently assert that our schools are becoming “re-segregated.” Yet a 2019 analysis conducted by the Washington Post found that “[t]he number of children attending U.S. public schools with students of other races has nearly doubled over the past quarter-century, a little-noticed surge that reflects the nation's shifting demographics.”

Readers have good reason to be confused about what the terms “segregation,” “desegregation,” and “re-segregation” now mean. Clearly, those who claim our schools are being re-segregated do not mean that states are enacting laws to mandate racial segregation or even that school officials are locating school buildings or drawing attendance zones to keep the races apart. Most large urban school districts have made substantial efforts to reduce the impact of housing segregation through magnet schools, “controlled choice,” majority-to-minority transfer options, and careful siting of new schools. The original meaning of the term “segregation” and the pivotal role de jure segregation played in the abominable racial caste system of the South are distant memories.

Over the past seven decades, “desegregation” has acquired many meanings, and a variety of policies have flown under its banner. Some of these have markedly improved the educational opportunities we provide to minority students. Others have not. All other things being equal, there are significant advantages in reducing the number of predominantly minority schools—not because their students are black or Hispanic, but because they are likely to be poor. Yet “other things” are rarely equal. Long bus rides can tire students and reduce the amount of time they spend in class or on school work. Eliminating neighborhood schools can dampen parents’ involvement in their children’s schools. Regular rejiggering of school assignments to maintain racial balance threatens the stability and continuity that promote learning. White flight can drain schools of both wealthier students and political support. Not surprisingly, the parents of African American students have often become frustrated with these features of desegregation plans, and have argued for a return to neighborhood schools over which they have more control.

Given demographic trends, ending “racial isolation” by making urban schools majority white is a pipe dream. Treating “desegregation” as an undifferentiated whole that we must either accept, busing and all, or reject—and thus be tarred as racist—is not only politically imprudent, but prevents us from appreciating which forms of desegregation did work. A more equitable distribution of resources, smaller classes, magnet schools, more experienced teachers, early learning opportunities—these are some of the things that seem to have made a difference.

In the decade following the civil-rights revolution, education reformers could be forgiven for viewing judicially imposed racial balance as a magic bullet that would produce a more equitable education system throughout the nation. In the years that followed, we learned that education reform is never so simple. Today, education experiments and innovations abound. Many of them will fail; a few might succeed. Far better to attend to these incremental reforms than to sit around waiting for the reappearance of the magic school bus.

Editor’s note: This is a slightly modified excerpt of an article by the author published in National Affairs.

R. Shep Melnick is the Tip O’Neill Professor of American Politics at Boston College and the author, most recently, of The Transformation of Title IX: Regulating Gender Equality in Education.