Racial disparities in suspension rates aren't driven by discrimination, at least in Wisconsin 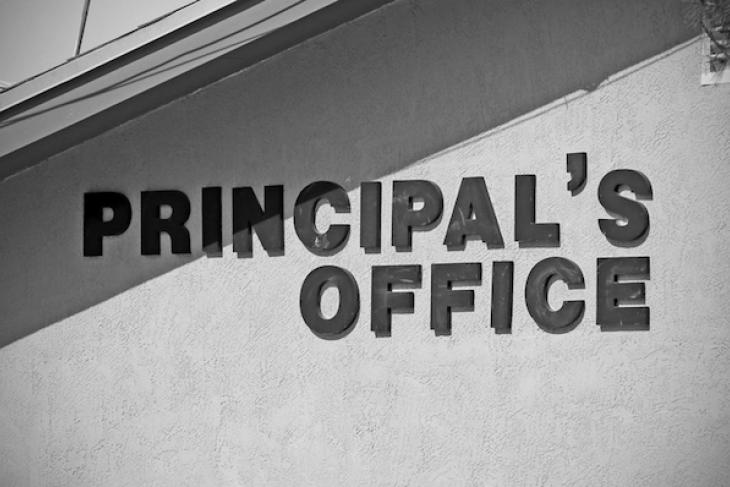 Last week, the Wisconsin Institute for Law & Liberty—where I am the research director—issued a report on the changes in the Badger State’s suspension rates over the past decade. Since 2009, the statewide rate has fallen by approximately 41 percent. And in Wisconsin’s largest city, Milwaukee, the rate’s fallen even more dramatically, by 55 percent.

These shifts are not unique. Rather, across the country suspension rates have been in a steep decline. Between 2011 and 2014, suspensions dropped nationwide by 20 percent, according to a report from the Manhattan Institute. And that same report found that more than fifty of the country’s largest school districts have put in place discipline reforms, and that twenty-seven states have changed their laws to reduce “exclusionary discipline.”

What is the impetus for these trends? It’s difficult to isolate each of the factors completely, but there appear to be two main causes: (1) an increasing notion among education policymakers that suspensions are a bad thing; and (2) federal policy under the Obama Administration that promised to take a hard look at school districts engaged in polices that resulted in “disparate impact” on racial groups, even if the policies were not explicitly racially biased.

The first cause is rooted in growing concern over the “school to prison pipeline.” The claim is that suspensions set students up for failure later in life. Students who experience suspensions are more likely to drop out of school, which in turn makes them more likely to end up involved with the criminal justice system. Much of the existing research is correlational, and there is disagreement on the extent to which underlying factors—such as general behavioral issues—are the actual underlying causes of all of these negative outcomes. Nonetheless, school districts throughout the country have implemented alternative discipline systems focused on rewarding good behavior instead of punishing bad. One such system—Positive Behavioral Interventions and Supports—has been implemented widely around the nation.

The second cause is based primarily on evidence that there are racial disparities in the suspension rates of school districts around the country. That minority students are suspended more regularly than white students is a common finding in scholarly research. There is much debate, however, over whether these differences are based on racial biases on the part of educators or actual differences in behavior. The research on this topic is mixed, with some scholars finding evidence of bias and others finding factors like the school itself as the chief explanation.

In the Wisconsin Institute for Law & Liberty report, we examined the correlates of suspension in Wisconsin’s five largest school districts—Milwaukee, Racine, Kenosha, Madison, and Green Bay. We included a number of other factors that could plausibly be related to suspension rates, such as disability status, whether the student is economically disadvantaged, and whether the student is an English language learner. In four of these five districts, we found that it was these factors rather than student race that were predictive of the suspension rate of the school. At least in Wisconsin, the evidence for a race-suspension connection is weak.

Despite the ongoing debate on what role student race plays in suspensions, the Obama administration came down squarely on one side. On March 8, 2010, Education Secretary Arne Duncan announced that the Department of Education was stepping up its work on educational equity. “Civil rights laws require vigorous enforcement not just because they are the law of the land but also because the data paint a stark picture of educational inequality,” Duncan said in a speech in Alabama. The culmination of this focus was a “Dear Colleague” letter worded in no uncertain terms. A thorough critique of this guidance is offered by Checker Finn here. 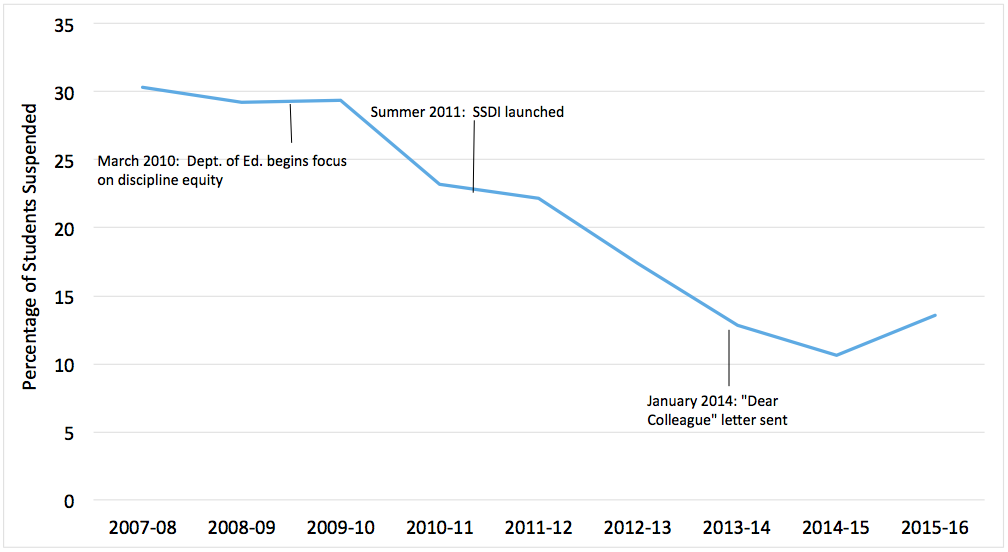 All of this may be acceptable if these policies are having a positive impact on the learning environment. However, the evidence suggests just the opposite. A survey of Madison teachers found only 13 percent believed alternative discipline practices were having a positive effect on student behavior. Even more convincing, a study by scholars at the University of Wisconsin found that the change in the share of students who felt less safe at school significantly increased among students in schools that had implemented alternative discipline practices compared to those attending schools that had not.

In the end, the problem these policies are designed to solve is dubious, and the policies themselves seem to diminish school climate. We cannot preclude the possibility that discriminatory practices in discipline exist somewhere, but they do not appear to exist in Wisconsin. Like many other aspects of education, there is local nuance, and it’s difficult for the federal education bureaucracy to account for this. It’s one of the many reasons why states and local school districts ought to regain control of discipline policy from Washington.

Will Flanders is the research director and Natalie Goodnow is a research fellow at the Wisconsin Institute for Law & Liberty.